After Nepal Earthquake, a Pile of Bodies and a Lost World 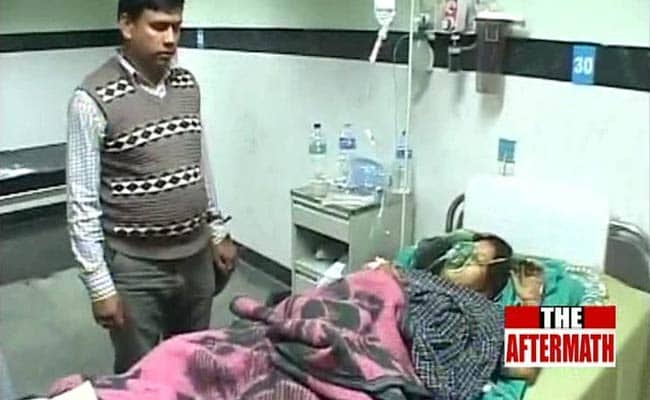 Kathmandu: At Kathmandu's Bir Hospital, there is a long row of dead bodies lined up. Each has a small sticker pasted hurriedly on their forehead with their names or areas they died at. From under the white shroud, a hand clutching a mobile phone peeks out.

These are bodies that have been recovered from the debris by the Nepal police squads carrying out rescue missions across the city. Three policemen have been tasked with identifying each of them.

"104 bodies have come since morning", one of the policemen tell us in a tired voice. And it was only 3 pm in the afternoon.

Inside the emergency ward of Bir Hospital, Dr Sandesh had been on a 36-hour shift which doesn't look like it will end soon. "We all are doing all we can to treat as many patients but it is not easy," he says.

Pointing to a man with an oxygen mask, with erratic breathing, he says, "This man needs to be on a ventilator but none are free." The man was brought here by the police and has not been identified.

Promoted
Listen to the latest songs, only on JioSaavn.com
In the next row of beds, seven-year-old Nirmala Parihar is lying unconscious. Her distraught father tells us her leg had to be amputated after a wall fell on her during the quake. He stays silent for a bit, then says, "Our world is lost."

Each story in the hospital is worse than the other, only united by the grief of the tragedy which has torn apart lives in the country.