The ouster of Travis Kalanick comes after a series of controversies shone a light on problems with the famously aggressive startup's culture and governance. 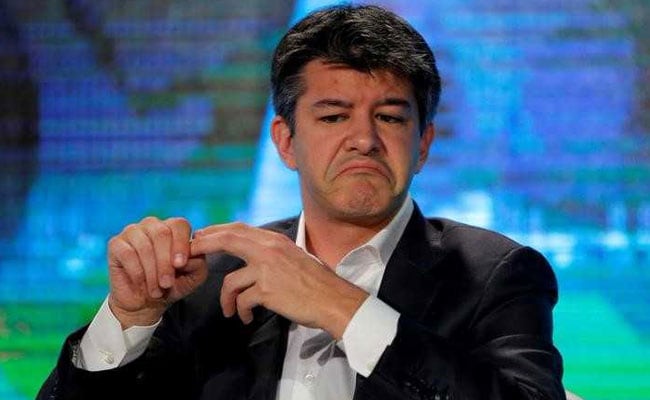 Travis Kalanick will remain on the board of directors. (Reuters File Photo)

The man most closely identified with the ride-hailing giant's meteoric global ascent said he was ceding to investors' wishes that he step aside, in part to avoid yet another conflict. Uber's been dogged by drama this year, from allegations of sexual harassment to the use of software to bypass regulators.

The outgoing CEO joins a string of departures, including head of business Emil Michael and President Jeff Jones. Kalanick admitted his leadership failings after Bloomberg posted a video showing the executive arguing with an Uber driver, an incident that helped shore up resentment among its chauffeurs. His departure comes weeks after the death of his mother in a boating accident.

"I love Uber more than anything in the world and at this difficult moment in my personal life I have accepted the investors request to step aside so that Uber can go back to building rather than be distracted with another fight," Kalanick said in a statement. He will remain on the board of directors, Uber said separately.

Kalanick's resignation was reported earlier by the New York Times.

As Uber's public face, Kalanick has embodied the startup's success.

Earlier this month, he told staff of plans for a leave of absence, leaving the company to be run by a management committee.

This month, the company shared the recommendations of an investigation it commissioned into workplace culture problems by the law firm of former U.S. Attorney General Eric Holder. More than 20 people were fired as part of a separate probe by another firm.

Despite recent turmoil, Uber's business is growing. Revenue increased to $3.4 billion in the first quarter, while losses narrowed -- though they remain substantial at $708 million. Kalanick remains a billionaire given his stake in the company, with a net worth of $6.7 billion according to the Bloomberg Billionaire's Index. Uber itself has been valued at $69 billion.

The company has sought to head off a defection of drivers by adding a function to its app that lets customers provide tips, a feature that has long been offered by main U.S. rival Lyft Inc. The company has also said it would start compensating drivers for trips canceled more than two minutes after booking and offer new insurance plans. Garrett Camp, an Uber founder and board member, wrote an email to employees Tuesday, trying to shore up morale.

Promoted
Listen to the latest songs, only on JioSaavn.com
"This is a bold decision and a sign of his devotion and love for Uber," Uber's board of directors said in an emailed statement about Kalanick. "By stepping away, he's taking the time to heal from his personal tragedy while giving the company room to fully embrace this new chapter in Uber's history."