The Unification Ministry provides $7,000 to a family of four to help them get settled, then $4,300 for the next three quarters. They also get a housing subsidy of $2,000 for the first year. 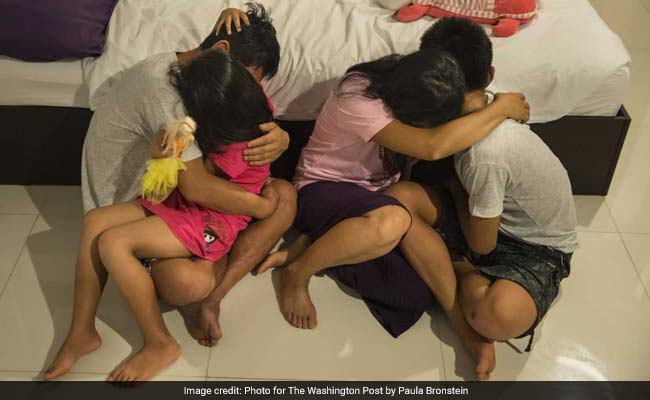 Last August, they were making a terrifying escape from North Korea, fleeing over rivers and on buses and in rickety taxis through China, Vietnam, Laos and Thailand.

The fisherman and his wife hadn't been doing too badly in North Korea, by the low standards of the North Korean countryside. But they wanted to get a good education for their children, a teenage boy who loved art and computers, and an 8-year-old girl who liked whatever her brother liked.

This month, just a few weeks after emerging from the South Korean government's resettlement program for North Korean refugees, the kids were preparing to enter new schools. Schools with books and electricity and teachers who didn't need to be bribed into giving lessons.

"I have so much to do!" the housewife exclaimed a few days before school started, rushing around their small apartment and rifling through a drawer for newly begotten documents.

South Koreans use a phrase literally meaning "skirt wind" to describe the whoosh of an education-mad mother zipping around. Even though she'd been in fast-paced capitalist South Korea for only a few weeks, the housewife had already become fully assimilated to these "skirt wind" southern ways. 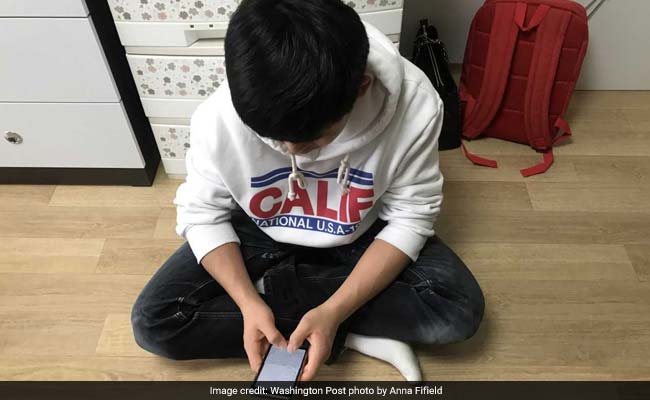 It was a whole new world for them.

I first met the family on the banks of the Mekong River last August, just 12 days after they had escaped from North Korea. The fisherman had been earning decent money, smuggling goods back and forth between China and North Korea, while moonlighting from his official job.

But they were disillusioned. They had hoped that Kim Jong Un, only 27 years old when he inherited the leadership of North Korea in 2011, would usher in a new era of freedom and prosperity.

Instead, while they toiled, the state remained largely the same. They found ways to feed themselves, but the bad schools deeply troubled them. The teachers didn't show up and the school had almost no supplies. How were their kids going to lead a better life than theirs?

So the family fled.

After I last saw them, in the cells of a provincial police station in northern Thailand, they were transferred to an immigration detention center in Bangkok. There, they were processed relatively quickly - just a few weeks in that jail - and then they started the last leg of their journey.

Since then, they've been through a lot of firsts: first passports, first airport, first plane.

Upon landing at the space-age Incheon Airport outside of Seoul, they were taken to a debriefing center run by South Korea's intelligence agency to root out North Korean spies or ethnic Koreans from China trying to get the resettlement money offered to refugees. It's the same process that the 30,000-plus North Koreans who'd made the journey before them had been through.

They were held there for questioning for 70 days. What did you do in North Korea? Why did you come to South Korea? Can the Kim Jong Un regime survive? What do ordinary people think of him?

When they weren't being questioned, they gorged on South Korean television. They had more than 70 channels - unimaginable after a TV in North Korea that received only state propaganda.

The boy loved watching action movies and playing computer games. The girl said she loved watching animations - but the word she used for animation was an old-fashioned one that hasn't been used in South Korea for decades. It's little things like this that highlight the cultural divide that opened up in the 70 years since one country was split in two. 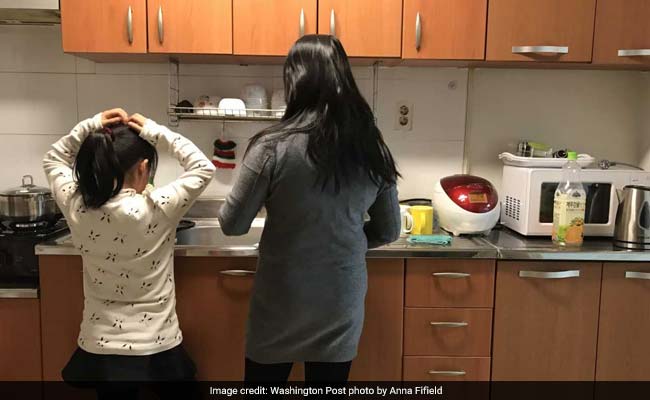 Then they moved to Hanawon, the resettlement center operated by South Korea's Ministry of Unification to help people from the North adjust to the high-tech, fast-paced South.

They learned about the Internet and mobile phones, how to open a bank account and how to use a debit card. They learned about job opportunities, about South Korean laws and about a foreign concept called gender equality.

They watched in amazement as, in January, the man who had helped get them from China to Thailand, Ji Seong-ho, was lauded by President Donald Trump during his State of Union address in January.

In February, their reeducation was complete. They were installed in a small, two-bedroom apartment on the tired fringes of Seoul. Time to embark on their new lives as South Koreans.

When I visited them the first time in their new apartment, just a few days after their release from Hanawon, they were clearly struggling. They wrestled with the electronic lock on the front door, and their apartment was bare except for a small television sitting on an old plank of wood.

"They say that North Korea is a socialist country and South Korea is a capitalist country. But it doesn't feel capitalist here," the fisherman said, looking around his government-provided apartment. They asked The Washington Post to continue withholding their names to avoid endangering the family members they left behind.

The Unification Ministry provides $7,000 to a family of four to help them get settled, then $4,300 for the next three quarters. They also get a housing subsidy of $2,000 for the first year.

Their emergence into daily South Korean life came with more firsts: first driving lessons for the fisherman, first electric washing machine for the housewife. She didn't need to scrub their clothes by hand any more. And first day of school for the kids.

During a second visit, just days before school started, the family was more settled. They'd brought an abandoned wardrobe they'd found on the street into their home, and had a computer for their kids.

Now, unlike in North Korea, the teenager can get on the Internet. He likes looking for music and movies and games, but admits that he also looks at satellite images of their home town. "I miss my grandparents and my friends," he said.

The fisherman had spectacles, the housewife had a Christian cross around her neck. The teenager was looking much more like a teenager. He was wearing jeans - verboten in North Korea because they are the preferred pants of the American imperialists - and a hoodie. And the girl was torn between playing with a jar of slime and cellphone games, so she tried to do both at the same time.

They still had telltale North Korean accents, but those would soon be gone, for the kids at least.

They were settling in.

"People are very kind here. When you go to a government office in North Korea, they say: 'What do you want?' Here, they say: 'How can I help you?' " the fisherman said. "And I won't get into trouble for saying anything. For example, if I complained about the president, I don't have to worry about getting arrested."

But this next phase also came with more worries. Mainly, money worries.

They were discovering how expensive life in the South would be.

They'd spent almost $1,000 getting their son ready for school: books and uniforms and a bag and shoes. He was excited - as much as a teenage boy trying to play it cool could be - about attending his new school and learning new things. He'd already gone to look around and saw that the school was so much bigger and more modern than the one he attended in North Korea.

"I'm a little bit worried about settling into this new school system," he said. "But we're slowly getting used to things."

His sister was too busy playing with the cellphone to answer a reporter's question about whether she was looking forward to her new school. "Huh?" she said, and returned her eyes to the screen.

They said they still owe $30,000 to the brokers who helped the family escape from North Korea into China, and those brokers were very insistent about being paid. The cost of defecting has risen sharply since Kim Jong Un took over six years ago, cracking down on the borders and making it more perilous and expensive to bribe one's way out.

Now the fisherman is thinking about how to make a living here. He wants to get a job as a cleaner or as an electrician. Being an electrician would pay more over the years, but he'd have to do six months' training for that. If, at the age of 46, he becomes a night cleaner in a commercial building, he can start earning money right away.

"Then I can stay in that job until I retire," he said. "I know it's going to be hard work and dirty, but what else can I do at my age?"

Since they emerged from Hanawon, their television and phone screens have been filled with news about their home country: the Olympics and the Kim family charm offensive, the planned summit between Kim and President Trump.

They were intrigued that so many North Koreans, almost 500 in total, had been allowed to attend the Olympic Games in South Korea last month, and wondered if they were talking about what they'd seen. "Word of mouth is a very powerful thing in North Korea," the fisherman said.

Now that they've experienced life on the outside, with all its adventures and upheavals, they're hoping others like them can make the same journey.

Promoted
Listen to the latest songs, only on JioSaavn.com
And with that, she swished out the door. School errands beckoned.


(This story has not been edited by NDTV staff and is auto-generated from a syndicated feed.)
Comments
North KoreaSouth Korea