After Donald Trump Disclosures, UK's Theresa May Says She Will Continue To Share Intel With US

Theresa May wants UK to continue sharing intel with US, who are their most important defence ally. 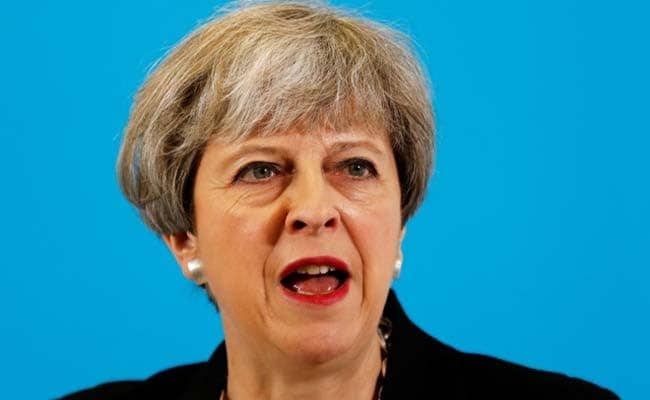 London: British Prime Minister Theresa May said on Wednesday the government has confidence in its relationship with the United States, and will continue to share intelligence with Britain's most important defence and security ally.

President Donald Trump has defended his decision to discuss intelligence with the Russians during a White House meeting last week, saying he had an "absolute right" to share "facts pertaining to terrorism and airline flight safety".

"Decisions about what President Trump discusses with anybody that he has in the White House is a matter for President Trump," May told a news conference when asked whether Trump's disclosure had made her reluctant to share intelligence with him.

The question came during a press briefing ahead of Britain's June 8 election, which polls show May is on course to win, and in which national security is seen as one of her political strengths. May is a former interior minister who spent six years in charge of the domestic security brief.

May was the first foreign leader to meet with Trump following his inauguration, and has repeatedly reaffirmed the special relationship between the two countries: a military and economic alliance dating back to 19th century.

Trump has endured a week of tumult at the White House after he fired the head of the FBI and then discussed sensitive national security information about ISIS with Russian Foreign Minister Sergei Lavrov.

But, May said she remained confident in the special relationship, highlighting the need to cooperate with the United States and other allies to counter the security threats posed by ISIS and al-Qaeda.

"We continue to work together and we have confidence in that relationship between us and the United States that it helps to keep us all safer," she said.

(Except for the headline, this story has not been edited by NDTV staff and is published from a syndicated feed.)
Comments
Theresa MayDonald Trump intelligence leakUK US relation