Afghanistan: Former Afghan President Ashraf Ghani said on the morning of August 15, 2021, the day the Taliban took control, he had "no inkling" that it would be his last day in Afghanistan. 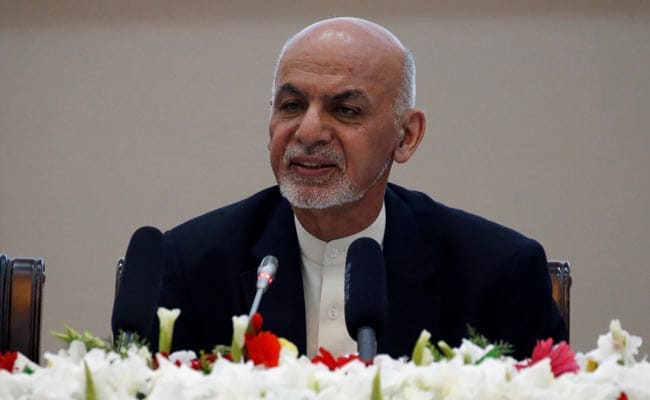 Former Afghan president Ashraf Ghani on Thursday described fleeing the Taliban's victory march on Kabul, saying the decision had been taken in "minutes" and that he did not know he was leaving the country until he was taking off.

Ghani told BBC's Radio 4 "Today" programme that on the morning of August 15, 2021, the day the Islamists took control of the capital and his own government fell apart, he had "no inkling" that it would be his last day in Afghanistan.

But by that afternoon security at the presidential palace had "collapsed," he said.

"If I take a stand they will all be killed, and they were not capable of defending me," Ghani said in the interview, conducted by former UK chief of defence staff, General Nick Carter.

His national security adviser, Hamdullah Mohib, was "literally terrified," Ghani said. "He did not give me more than two minutes."

He said his instructions had originally been to fly by helicopter to southeastern Khost city.

But Khost had fallen in the Islamists' lightning offensive which saw provincial capitals topple around the country in the days ahead of the withdrawal of international forces, set for the end of August.

The eastern city of Jalalabad, on the border with Pakistan, had also fallen, he said.

"I did not know where we will go," Ghani said.

"Only when we took off did it become clear that we were leaving."

Ghani has been in the United Arab Emirates ever since.

He has been highly criticised in Afghanistan for leaving, with Afghans now trapped under the Taliban's harsh rule accusing him of abandoning them -- and of taking millions of dollars in cash, a claim he "categorically" denied again on Thursday.

The former World Bank official has released several previous statements on his departure, admitting that he owed the Afghan people an explanation. Thursday was his first interview.

He said again that his first concern had been to prevent brutal street fighting in the capital, already packed with tens of thousands of refugees fleeing violence elsewhere in the country.

And he said his decision to leave was "the hardest thing".

"I had to sacrifice myself in order to save Kabul and to expose the situation for what it is: a violent coup, not a political agreement."

But even if he'd stayed, he said, he could not have changed the outcome, which has seen the Taliban establish their new regime as the country faces one of the worst humanitarian crises in history.

"Unfortunately I was painted in total black," he said. "It became an American issue. Not an Afghan issue."

"My life work has been destroyed, my values have been trampled on and I've been made a scapegoat," he said.

Afghans had "rightly" blamed him, he said. "I completely understand that anger, because I share that anger."