Talks started September 12 in the Qatari capital Doha but almost immediately faltered over disagreements about the agenda. 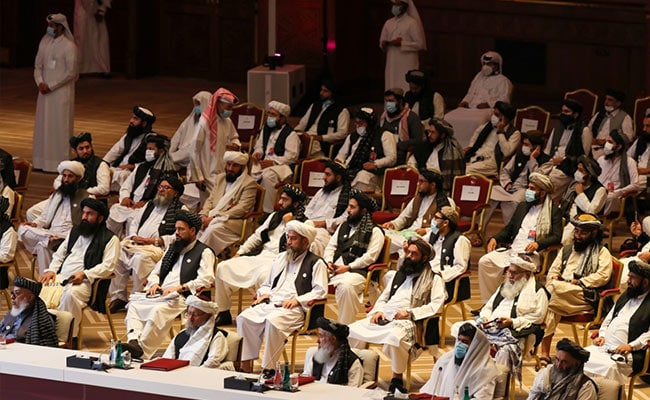 "We are close to an announcement and initiation of formal talks," senior Taliban leader said. (File)

The Afghan government and the Taliban have resolved key sticking points that had stalled peace talks for weeks, several sources told AFP on Friday, clearing the way for negotiations to move forward.

Talks started September 12 in the Qatari capital Doha but almost immediately faltered over disagreements about the agenda, the basic framework of discussions and religious interpretations.

However following days of sideline discussions, it appears negotiators have now cleared the way for full peace talks to get underway.

Speaking on condition of anonymity, a senior Taliban leader based in Pakistan told AFP that "sufficient progress" been made.

"We are close to an announcement and initiation of formal talks," he said.

"A joint statement will be issued soon," he added, saying the announcement could come in the next few days.

A second Taliban source in Pakistan confirmed that both sides have agreed on the basic rules to begin formal talks. A third source close to the Taliban also confirmed the development.

An Afghan official close to negotiators in Doha told AFP that both teams have now resolved several disputed issues, opening the path for talks to begin.

Several members of the Afghan government's negotiating team recently returned to Kabul for final consultations, after which President Ashraf Ghani and Abdullah Abdullah, who is heading the peace process for Kabul, are expected to announce a breakthrough, the official said.

Among the sticking points so far, the Taliban and the Afghan government have struggled to agree on common language on two main issues.

The Taliban, who are Sunni hardliners, are insisting on adherence to the Hanafi school of Sunni Islamic jurisprudence, but government negotiators say this could be used to discriminate against Hazaras, who are predominantly Shiite, and other minorities.

Another contentious topic is how the US-Taliban deal will shape a future peace deal and how it will be referred to.

The Doha peace talks opened after the Taliban and Washington signed a deal in February, with the US agreeing to withdraw all foreign forces in exchange for security guarantees and a Taliban promise to start talks.

Despite the talks, violence has surged across Afghanistan, with the Taliban stepping up daily attacks against Afghan security forces.

"The Best Is Yet To Come": PM Modi's Op-ed On India-Japan Relations