Migrant Families Separated By US Are Refusing Reunification: Rights Group

American Civil Liberties Union's Lee Gelernt said parents who refused to be reunited tended to have older children who could be recruited by violent gangs if they returned home. 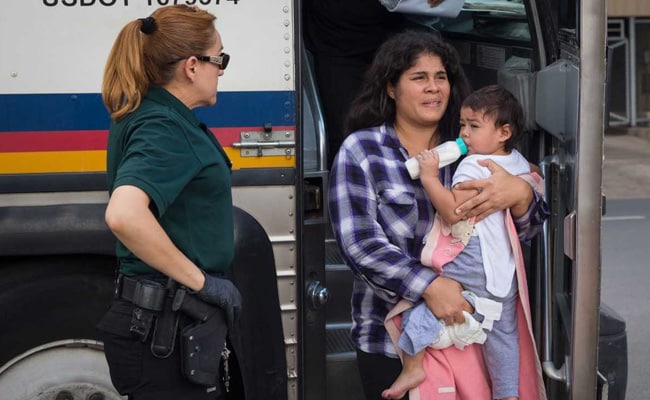 US separated about 2,600 children from parents who had crossed its southern border with Mexico (AFP)

Immigrant parents separated from their children by the Trump administration and returned to their homes are refusing to be reunited with their children because their countries are so dangerous, an attorney for the American Civil Liberties Union told a court on Friday.

"We've had very difficult conversations with the parents this week," Lee Gelernt of the ACLU told a federal judge in San Diego. "As much as they want to be with their child, and it's heartbreaking, they feel it's too dangerous."

Gelernt told the court that he had spent time over the past week in Guatemala trying to locate parents of some of the roughly 300 children in US care and found about two-thirds were refusing to have their child returned to them.

Gelernt said parents who refused to be reunited tended to have older children who could be recruited by violent gangs if they returned home. In addition, some children have relatives in the United States and are unlikely to end up in foster care.

The ACLU contacted parents in Central America of 162 children and said 109 refused reunification, according to a court filing.

US authorities separated about 2,600 children from parents who had crossed the US southern border with Mexico, many fleeing gang violence in Guatemala and Honduras.

In late June, the administration was forced under intense global criticism to abandon the policy, which was aimed at discouraging illegal immigration. Soon after it was rescinded, US Judge Dana Sabraw in San Diego ordered the children to be reunited with their parents.

Reunifications have slowed to a trickle, largely because about 300 parents were removed from the United States without their children. Immigration advocates have said it is difficult to find the parents because many live in remote areas of Central America or have gone into hiding.

Gelernt said if the children failed to get US asylum they would be reunited with their parents.

The Trump administration said on Thursday it plans to withdraw from a federal court agreement that strictly limits the conditions under which authorities can detain migrant children, and proposed new rules it said would enable it to detain minors during their immigration proceedings.