US Mail Bomber Looked For Inspiration, Found It In Trump, Say His Friends

Friends and associates of Cesar Sayoc say he never showed any interest in politics, and suddenly began sharing images of himself on Facebook at Donald Trump campaign events 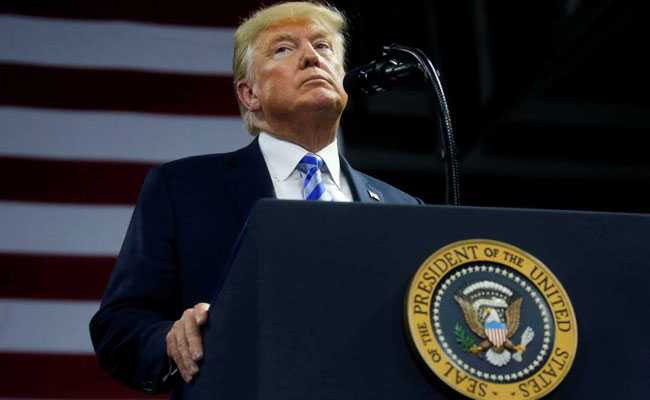 The first thing that stood out about Cesar Sayoc was his vehicle.

As far back as 2002, lawyer Ronald Lowy recalled, the windows of Sayoc's white Dodge Ram van were covered in stickers of Native American regalia. Though Sayoc was Filipino and Italian, he claimed to be a proud member of the Seminole tribe, Lowy said.

The lie was one of many Sayoc would spread about himself over the years. He falsely claimed to have worked as a Chippendales dancer, and he was once charged with fraud for modifying his driver's license to make it appear he was younger, said Lowy, who represented him in the case. Sayoc seemed to have a new business venture every three months, though none was successful. He worked as a DJ or bouncer at strip clubs, dabbled in bodybuilding, and spent much of the past decade living out of his van, Lowy said.

"He made up stories in order to try to impress people," Lowy said. "He felt like he didn't have a background that he respected or liked."

Then Donald Trump burst onto the political scene.

Sayoc, a 56-year-old Florida man who friends and other associates say had never shown any interest in politics, suddenly began sharing images of himself on Facebook at Trump campaign events. He signed up for Twitter, where he trafficked in conspiracy theories and conservative memes. He registered as a Republican to vote in Florida - Lowy said he believes it was for the first time in Sayoc's life - in 2016. He traded out his Native American decals for ones that supported Trump.

"Had no interest in politics, was always at the night clubs, the gyms, wherever he thought he could meet people, impress people. And along came the presidential campaign of Donald Trump, who welcomed all extremists, all outsiders, all outliers, and he felt that somebody was finally talking to him," Lowy said.

On Friday, federal authorities arrested Sayoc and charged him with sending more than a dozen potential bombs to various Democratic and media figures who have been critical of Trump. Though none of the devices exploded, the incidents inflamed the partisan tension gripping the country ahead of midterm elections and raised the fear that politicians' incendiary rhetoric was inspiring physical violence. Liberals charged that was the fault of the president, of whom Sayoc was clearly a devoted follower. Conservatives, meanwhile, said their opponents and media figures bore responsibility for increasing the rancor.

Sayoc is expected to appear in federal court in Miami for the first time Monday afternoon.

Federal officials declined to say what they believe motivated Sayoc, though Attorney General Jeff Sessions called the incident one of "political violence" and said Sayoc "appears to be a partisan." Sayoc declined to speak when first approached by investigators and quickly asked for a lawyer, a law enforcement official said.

Long before Sayoc was political, he was troubled.

He was charged with several crimes throughout the years, including theft, battery, fraud and steroid possession, according to court records and interviews with his previous lawyers. Lowy said that when he was asked to represent Sayoc in 2002, it was because Sayoc - then running a laundromat - had failed to pay his electric bill and threatened to bomb Florida Power & Light. A police report alleges Sayoc said the incident would be "worse than Sept. 11 [2001]."

Lowy said his initial thought of the allegation was: "What type of crazy terrorist is this?"

"And then this man comes into my office carrying a scrapbook of pictures of people he had pictures with, driving a vehicle like no one's vehicle looks, and I realized I had an oddball here," Lowy said. "In 2002, he said stupid things, but he wasn't yet a bomber. Is it a sign that he used the words? Maybe it's a sign of what he could become."

Theresa Sharp-Russell, Sayoc's aunt, told The Washington Post on Saturday that she knew her nephew struggled with mental health issues - his mood can soar and then crash, she said - but was not sure if he had ever gotten a diagnosis. Sharp-Russell, a real estate broker, said she last talked with Sayoc 12 years ago, when she sold him a house in Fort Lauderdale.

At the time, she said, he seemed pulled together. He covered his mortgage for two years. Then the payments stopped, and the bank seized the property. After that, Sharp-Russell said, he bought a blue van. She was not sure how long he had been driving the white one - which at the time of his arrest was covered in stickers of Trump and images of his critics with red targets over them.

Sharp-Russell, who has lived in the area for 30 years, said Sayoc did not seem dangerous back then. Sure, he would fight with his mom and cousins. But he would also crack jokes and show her respect - though he was a bit of a loner, she recalled.

Sharp-Russell said that, politically, their family leans left, and her sister told her Sayoc did, too.

"He's a poor soul and probably just wanted attention," she said. "Maybe he figured Trump was a stand-in father."

Lowy, who now represents Sayoc's mother and his two sisters, said Sayoc's father left when he was a child and was not involved in his life. Lowy said Sayoc's mother and other family members prodded Sayoc "to get mental help, counseling, to look for therapy, to stop making up stories, and every time they tried to make a suggestion, he would get angry." The last time they spoke - more than three years ago - Lowy said Sayoc told his mother that he hated her.

Sayoc, though, apparently continued to live nearby. His van became something of a well-known spectacle in the parking lot of the Waterway Shoppes in Aventura, Florida, less than three miles from his mother's condominium complex. Steve Coltune, who often walks his dog past the lot, said Sayoc "parked way in the corner, in an inconspicuous spot. But the van was such an eyesore, you couldn't miss it."

"I took pictures of it and sent them to my friends," Coltune said. "It was really weird. It looked like a hoarder's vehicle."

Sayoc attended some college in North Carolina and worked intermittently over the past 20 years as a DJ and bodyguard at strip clubs around South Florida, those who worked with him say - starting out as the person who provides security for dancers and scoops cash off the stage.

Stacy Saccal, the general manager at Ultra Gentlemen's Club in West Palm Beach, where Sayoc worked for the past two months, said Sayoc came recommended by someone at another club, and he was "a super nice guy." She said he worked his last shift on the Thursday before his arrest.

"He was funny, he was entertaining," Saccal said. "The situation is strange, it's unbelievable."

But Michael Jay, a DJ who knew him years ago, said Sayoc appeared to be into some "shady, nasty stuff," and he generally tried to steer clear of him.

"He was like the guy who ran around following the crowd instead of leading the crowd," he said. "That's the way he acted."

Scott Meigs, a DJ at Ultra, not far from the Trump International Golf Course, said he knew Sayoc from previous gigs - though they had been out of touch for a few years before reconnecting at Ultra in the past month.

"When I hooked up with him here at this club, he started talking politics all the time," Meigs said. "Just stuff, trying to get people to vote for Republicans. If he was watching something on the news, he'd say, 'see, see.' "

Meigs said Sayoc agreed to pick up a shift from him on Thursday, and he showed a reporter texts the two exchanged about it. The texts show Sayoc urging Meigs to vote for Republican Ron DeSantis in the upcoming Florida gubernatorial election. He said he was unaware of the stickers on Sayoc's van, which was typically parked far away. Some employees, he said, assumed it was an ice cream truck.

It is unclear precisely when Sayoc's interest in politics began, though his social media suggests it appeared to intensify alongside Trump's presidential campaign.

On June 18, 2015, his Facebook account expressed early enthusiasm for Trump, who announced his candidacy for president two days earlier. "Donald Trump the nxt great president all native red man tribes support and Billion followers," the account said, according to images provided to The Post by Columbia University social media researcher Jonathan Albright, who downloaded them Friday before Facebook removed the information. Sayoc created one Twitter account on May 20, 2016, and he soon began sharing positive sentiments about Trump and attacks on Trump's opponents.

The posts are a mixture of wild conspiracy theories and hints of violence. He tweeted dozens of times about former president Barack Obama, former president Bill Clinton, former secretary of state Hillary Clinton, former attorney general Eric Holder, liberal billionaire George Soros and Rep. Maxine Waters, D-Calif. All of them were recipients of potential explosives. He seemed to harbor a particular disdain for Hollywood and the media - responding to an article about a shooting at the Capital Gazette newspaper in Maryland with the message, "If it were lying BS news long overdo."

Lowy said he believed Sayoc found a home, albeit a dark one, in the world of conservative trolls.

In hindsight, Meigs, the DJ at Ultra, said he realized Sayoc had acted oddly in recent days. On Thursday, Meigs said a dancer walked up to ask how Sayoc was doing when he was near his van, and Sayoc would not let her look inside. When Sayoc played his set that night, he let songs run for an unusually long seven or eight minutes, and the dancers reported he was looking down and fumbling with materials in the booth, Meigs said. He said he noticed on Sunday that Sayoc had two large duffel bags, even though the only equipment he needed for his work was a laptop and a hard drive.

Meigs said the FBI had been at the club Friday interviewing employees. The FBI has said they linked Sayoc to the devices via a fingerprint and a possible DNA match, though they have not detailed where he got the materials or if the devices he made could have actually functioned.

"I never asked him, but I was curious about what was in the bags," Meigs said. "They were very big and solid."

(Except for the headline, this story has not been edited by NDTV staff and is published from a syndicated feed.)
Comments
Donald TrumpCesar Sayocpackaged bomber