A state-by-state look at US election 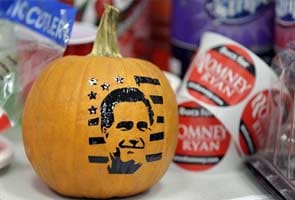 Washington: A state by state look at key races and measures on the ballot on Tuesday. The number of electoral votes is in parenthesis.

Hawaii (4) - Obama a winner in his native state. Democratic Rep. Mazie Hirono on her way to the Senate.

Illinois (20) - State that sent Obama to the Senate will vote for him again. Democrats target first-term Rep. Bobby Schilling and veteran Judy Biggert in new districts.

Maine (4) - Obama favored for state, but Republicans talk of winning one electoral vote. Former Gov. Angus King, an independent, favored to win with Democrats' backing over both major party candidates.