Daycare Said Toddler Fell, But Video Shows Something Much Worse

In video provided to The Post, a day-care worker grabs the 3-year-old, drags her across the room, and throws her onto the floor. 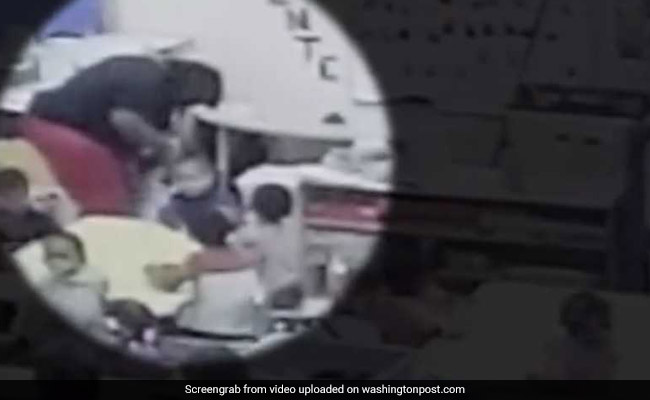 The mother of a 3-year-old girl went to Brighter Day Care in early February after being told her daughter had been hurt in a fall. She arrived at the St. Louis County day-care center to find her child "covered in blood," with a gash on her head that eventually required seven sutures, according to a lawyer for the family. The child was taken to the hospital via ambulance.

"Bump her head, when she fall out on carpet," explained an "unintentional injury form" from Brighter Day Care, which was given to The Washington Post by the family's lawyer.

Two days later, when the girl's wound became infected and required a hospital visit, the family began to wonder how a fall on the carpet could have caused such a serious injury. They went to the day-care center and asked to see surveillance footage, their lawyer, Jennifer Hansen said.

It told a very different story.

In video provided to The Post, a day-care worker grabs the 3-year-old, drags her across the room, and throws her onto the floor. The worker then picked her up and appeared to grab a paper towel.

"They trusted this day-care to do what the day care promised, to take reasonable steps to keep daughter from harm," Hansen said.

Timothy Smith, a lawyer representing the day-care center and director Sharon Williams, told The Post that Williams encouraged the family to watch the video and often did this for families in the name of transparency. He confirmed a description of the content of the video viewed by The Post.

He said the center required teachers and staff to undergo background checks before being hired.

Smith also provided a statement saying, "All teachers and staff are properly trained and extremely qualified."

"It has always been our policy to notify the proper authorities and to fully comply with any investigation," the statement said.

According to Hansen and Smith, the employee responsible was terminated.

The family requested through Hansen to remain anonymous, and The Washington Post is not naming the girl because she is a minor. They have been working with the North County Police Cooperative to investigate the case.

The North County Police Cooperative did not immediately respond to request for comment, but Sgt. Kevin Smith of the NCPC told the St. Louis Post-Dispatch that authorities had seen the video, adding that a second child had been found with "nail punctures on the skin."

"We can assure you the children are no longer in danger," he told the Post-Dispatch, and confirmed the workers involved in the two incidents had been fired.

Hansen said the family may file a civil suit. In addition, they are working with state agencies to increase oversight on day-care facilities.

The girl and her brother, who also attended the day-care center, have been pulled from the facility, Hansen said. The girl was still recovering, and her family had consulted a plastic surgeon due to her young age and the size of the wound.

"They are still working with doctors to help her physical recovery," said Hansen. "Emotionally, it's been hard on the entire family."