Brutal Arctic Air Mass May Take Over US, From Mexico To Canada Borders

The worst of this cold shot is predicted for the north-central portion of the country, where widespread dangerous conditions are expected. 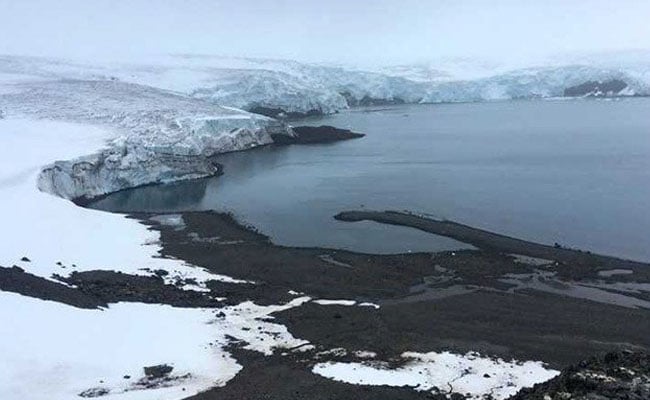 The coverage and intensity of the cold over the Lower 48 may peak on Monday. (Representational)

Temperatures as much as 30 to 50 degrees below normal are entering the Northern Plains. Through the weekend, brutal conditions overtake the central portion of the country, from the Mexican to the Canadian borders.

Heading into the first full week of March, Arctic air takes up residence in the East as well. When it's all done, most of the contiguous United States will endure a punishing blow of frigid air from this Arctic blast. Records for cold are likely to be most numerous in the north-central United States but will extend from coast to coast.

By March, many folks are searching for spring. For the time being, it will be hard to find. Some of the coldest air in the Northern Hemisphere is headed into the Lower 48.

"It's a straight shot from the Arctic!" tweeted Steve Glazier of Weather Nation.

An unusually strong high-pressure area currently near northern Alaska will drift through the Arctic in the days ahead, forcing subzero air that is usually centered in the polar region to move southward.

The coverage and intensity of the cold over the Lower 48 may peak on Monday. The European modeling system is forecasting average temperatures for the day of 20 to 40 degrees below normal over a huge chunk of the Lower 48. The core of the cold will span from the Pacific Northwest to the Great Lakes in the north, and from Texas to the Ohio Valley in the nation's south and midsection.

Beyond Monday, the coldest temperatures ease slightly as they drift eastward.

The worst of this cold shot is predicted for the north-central portion of the country, where widespread dangerous conditions are expected.

It was cold in Montana even before this cold shot arrived - some spots finished nearly 30 degrees below normal for the full month of February. This Arctic blast is still ready to take it to the next level of extreme.

The NWS in Glasgow, Montana, says that "wind chills may dip into the minus-50s by Sunday morning." At temperatures like these, frostbite is a major concern.

A similar forecast story is being told to the east across the Dakotas and into the Upper Midwest. In Duluth, Minnesota, where they're working on two months of consecutive below freezing conditions, wind chills are expected to fall to the minus-30s. Actual temperatures are only in the minus-10 to zero-degree range for highs on Sunday, after lows in the minus-10 to minus-20 zone.

Subzero temperatures are anticipated as far south as parts of Colorado, Kansas, Iowa, Illinois and, perhaps in isolated fashion, even into Oklahoma, Texas and Missouri on Sunday morning. Wind chills may fall to their lowest level of the winter in Oklahoma, dipping below zero.

Highs on Monday may only be around 20 in Oklahoma City, the 30s in Dallas, and the 40s near the Gulf Coast.

In the Upper Midwest, Minneapolis, Milwaukee, Madison, Wisconsin and Green Bay, Wisconsin, likely won't escape the single digits for highs on Monday while Chicago struggles to hit 10. Wind chills in this area will remain below zero much of the day.

This Arctic onslaught will also unleash some seriously cold air to the eastern United States.

From the eastern Great Lakes into the Ohio Valley, including Detroit and Cleveland, highs hold in the teens and 20s on Monday.

By Tuesday, when the core of the cold hits the Northeast, highs may hover in the teens and 20s, except around freezing in the corridor from Washington to New York City. Somewhat milder 40s will extend into the Carolinas and Georgia, still well below normal.

Low temperatures ranging from near zero in northern Maine to near 20 in the Mid-Atlantic are a good 10 to 20 degrees below normal for early March and may be locally colder in areas of fresh snowpack.

An Arctic air mass that overtakes the whole country isn't too common, largely because the Rockies act as a good blocking mechanism. The way this one initially enters along the Continental Divide allows the Pacific Northwest to fall into the deep freeze for a few days as well.

In Washington state, the Weather Service office in Spokane is forecasting highs in the 20s and lows in the single digits this weekend. Wind chills are expected to fall below zero. On Friday morning, the low temperature dipped to 1 degree.

Temperatures across the Pacific Northwest look to fall as low as 20 degrees below normal at times into early next week. Although warmth tries to persist in the Southwest, even that area ultimately seems likely to see temperatures fall below normal, which may be as much due to more storminess arriving as anything.

After the first 10 days of the month, the cold may ease somewhat, but there are no major signs of big warm-ups anytime soon for most spots.

(Except for the headline, this story has not been edited by NDTV staff and is published from a syndicated feed.)
Comments
United StatesArctic airTemperature