A Beauty Queen Speaks Out About China, Causes Tensions At Miss World 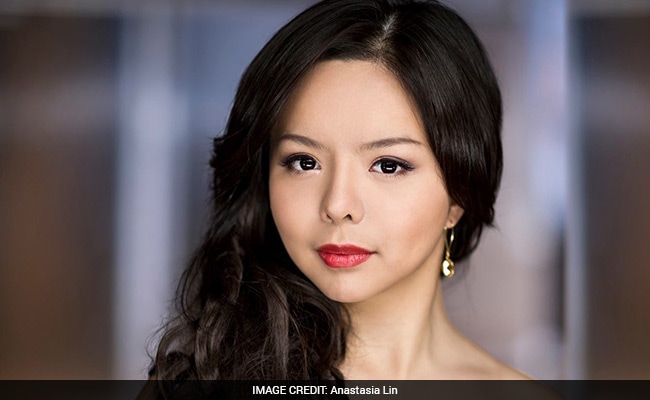 Miss Canada Anastasia Lin has found herself at odds with Miss World organizers.

Everything seemed to be going well for Miss Canada, Anastasia Lin, during an interview Wednesday promoting the Miss World pageant - until she was asked whether she would be attending a screening of her new movie, which has reportedly enraged officials in her native China.

Lin shot a glance at the four pageant officials assigned to listen in. "You can ask them," she told a Washington Post reporter.

One of the officials maintained that Lin could go "if she has spare time" but that she hadn't yet asked to go.

That's when things got testy, Lin noting sharply that the screening's hosts had repeatedly sent requests on her behalf, her handlers insisting she just needed to abide by certain protocols.

It was a tempered explosion of the tensions surrounding Lin's presence at the beauty contest, taking place Sunday at the new MGM National Harbor casino complex in Maryland.

Miss Canada has found herself at odds with Miss World organizers, in a conflict stretching back more than a year regarding her advocacy work against human rights abuses in China - historically, a major sponsor and booster of the pageant.

Lin, 26, a resident of Canada since she was 13, was supposed to represent the country in the 2015 pageant in Sanya, China. But Chinese authorities denied her a visa because of her political activity and support of Falun Gong, the Buddhist-inflected spiritual movement that has been banned by the government since 1999.

With the pageant moving this year to the United States, organizers offered her another shot at the crown. Lin signed on, saying she carried no grudge about last year. "In all fairness, they were in China with 130 girls," she told The Post on Wednesday. "For anyone to take a principled stand, it's not easy."

But tensions have remained. The New York Times reported Tuesday night that pageant officials had barred Lin from speaking to the media. A Boston Globe reporter attempted to talk to Lin this month, and was sent away.

Meanwhile, Lin recently had a starring role - as a Falun Gong practitioner who is jailed and tortured - in "The Bleeding Edge," a movie that portrays Chinese political prisoners forced to undergo organ harvesting.

The D.C.-based Victims of Communism Memorial was scheduled to host a screening Wednesday night, but attempts to invite Lin had been thwarted by the pageant, the Times reported.

And yet Wednesday, after the Times story appeared, Miss World officials made Lin available for a previously requested interview with The Washington Post.

She spoke candidly in front of her handlers about consequences of her advocacy. Lin's father still lives in China, and, as she wrote in an op-ed for The Washington Post last year, he has faced intense pressure from state-owned media and banks, and his business and morale have suffered. "To the point of self-harm," she said.

Lin said she recently received a series of alarming text messages but would not elaborate. "I believe he is in stable condition right now," she said. "I can understand why he feels like he can't take it anymore."

The pageant allowed Lin to meet at the State Department with David Saperstein, the ambassador-at-large for religious freedom, to talk about her father. "Because it's still a very fluid situation in China, they don't know what's going to happen," she said.

Four representatives of the pageant - publicist Veronica Jeon and three others who did not give names - sat in on Lin's interview, which included another contestant and the reigning Miss World, Mireia Lalaguna. In front of them, Lin said that she was not being silenced.

"The first two weeks, I don't know what happened, but I'm talking to you now, so that's all that's important," she said.

Still, the tension was clear. One of the pageant officials maintained that all contestants simply needed to "run it by us" if they wanted to see visitors or speak to the media, "so it doesn't interrupt any rehearsal time [or] doing a specific event."

"Uh, well, I wish I had known that two weeks ago when the Boston Globe journalist got kicked out," Lin said, obviously vexed but maintaining a beauty-queen composure.

The official said that the reporter "didn't ask for the necessary steps to go and meet her."

"Uh, he did," Lin said, "sending two requests before we even came here."

The pageant has forged close ties to China, which has hosted Miss World seven times since 2000. Chinese companies have sponsored the pageant lavishly, and the city of Sanya built a special theater for it.

This year's pageant, though, is "self-financed," Jeon said. Julia Morley, the pageant's longtime chief executive, was not available for comment.

Lin said that even if she doesn't win, the most important thing is her presence on that stage.

"This show is going to be broadcast to China," said Lin. "For them to be able to see me on a screen and see that I haven't given up, I haven't forgotten, and then their voice can be heard is - it's very important for me and for a lot of people who I have spoken to."

(Except for the headline, this story has not been edited by NDTV staff and is published from a syndicated feed.)
Comments
Anastasia LinHuman rights ChinaMiss WorldMiss CanadaMiss Canada Anastasia Lin