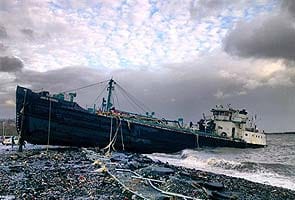 New York: The September 11 memorial in New York, hit by flooding during superstorm Sandy, reopened on Monday, its president said.

Rising waters on October 29 in southern Manhattan flooded the construction site of the September 11 museum next to the memorial, and an adjacent information center.

The information centre reopened on Monday, and security screening resumed at the site, memorial president Joe Daniels said in a statement. Internet reservations to visit the site also were working again.

The memorial covers more than seven acres (three hectares) planted with oak trees around two immense granite basins dug into the earth where the World Trade Center once stood and rimmed with the names of the victims of the September 11, 2001 attacks.

The site was inaugurated in 2011 on the 10th anniversary of the attacks, which killed 2,753 people in New York.
Comments
Sandy