As the man broke into her house, the octogenarian made moves that would eventually grant her Internet notoriety within a subgenre of viral crime stories. 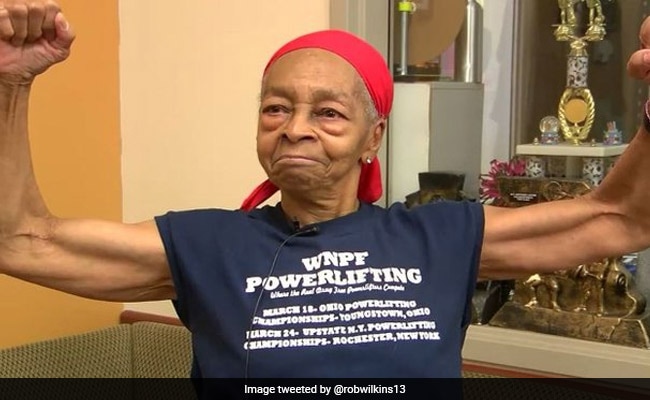 Willie Murphy was getting ready for bed Thursday night when she heard a loud pounding on her door.

It was 11 p.m. and dark outside her home in Rochester, New York.

The man, she would later tell ABC 13, was shouting, "Please call an ambulance." He said he had been shot. She called 911. Then Murphy, 82, said she heard a "loud noise." Suddenly, the man was inside.

In that moment, the octogenarian made moves that would eventually grant her Internet notoriety within a subgenre of viral crime stories, in which women of retirement age fend off home invaders with their decades of might.

And now we have Willie Murphy, who unbeknown to her intruder, is an award-winning body builder who says she can deadlift 225 pounds.

"He picked the wrong house to break into," she told ABC 13.

In her version of the story, which she recounted in great detail to her friends at the local YMCA - where she works out almost daily - the 82-year-old said she hit him so hard with a nearby table that it broke.

Next, she said, she poured a bottle of shampoo on his face. Then she started batting at him with a broom.

Murphy said she "did a number on that man."

According to the Rochester Police Department, officers responded to Murphy's home at 10:53 p.m. on Thursday. Officials say Murphy actually struck the man in the head with a stool, not a table. She did not ask police to file any charges because the man, who police did not identify, had been "extremely intoxicated and not aware of what was going on."

"Ms. Murphy wanted the suspect to get medical treatment," police said in a statement.

Murphy, a retired social worker, has made headlines before.

She was featured on the "Today Show" last year for her record-setting participation in the World Natural Powerlifting Federation. At the time, Murphy was 81, weighed 105 pounds and stood strong at 5 feet flat. She told the "Today Show" she began powerlifting in her mid-70s so she could stay healthy, fit and independent.

"When it snows in Rochester, guess who's doing the snow?" she said in the interview. "Me."

The powerlifting federation had to add an age division just for Murphy, the "Today Show" segment reported. She said she had introduced other senior women at the YMCA to take up lifting, too.

After the man was given medical attention Thursday night, Murphy told ABC 13 the responding officers lingered.

"The officers that came wanted to go on my front porch and take selfies with me," she said.