8,000 Schools In UK To Adopt Chinese Method Of Teaching Maths 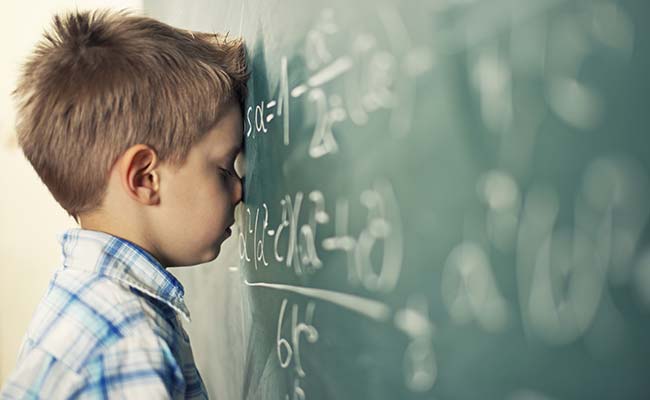 Schools in the UK aided by USD 54.3 million funding will adopt Chinese method of teaching maths.

Beijing: About 8,000 primary schools in the UK aided by USD 54.3 million funding will adopt Chinese method of teaching maths for their students, official media reported today.

The move comes after international tests showed that Shanghai students ranked on top for maths in the Program for International Student Assessment in 2012, and 15-year-olds in China are three years ahead of their English counterparts in their ability to solve maths problems, state-run China Daily reported.

Since then, Britain, whose students ranked 26th that year, has welcomed over 120 teachers from Shanghai to share the secrets of their success in the project, which the British media have dubbed "Shanghai Maths".

Speaking at the Advisory Committee on Mathematics Education last week, Nick Gibb, the UK schools minister, said the Shanghai style of maths should become a standard fixture in England.

"We are seeing a renaissance in maths teaching in this country, with good ideas from around the world helping to enliven our classrooms" he was quoted as saying at a meeting in Glasgow by the newspaper.

Lyu Jiexin from Shanghai Normal University, also a senior coordinator of China-UK math exchange programs, believes the new policy is not a mere copying of Chinese math teaching, but is instead a part of the British government's overhaul to improve the standards of math education.

With the growing influence of the international test, more countries are learning from the top performing nations in a bid to improve the competitiveness of their education systems, Lyu said.

However, some critics were skeptical of the program, worrying that the students will not be able to master fundamental ideas merely through drills and repetition, it said.

Charlie Stripp, director at the National Centre for Excellence in the Teaching of Mathematics, said teaching math mastery is not about rote learning and drilling, although it certainly results in pupils knowing and being able to recall multiplication tables and other key number facts.

This represents an important foundation for learning and using math, the daily quoted Stripp as saying.

"Teaching for mastery focuses on deep conceptual learning, developing secure foundations that pupils can build on throughout their education. When a piece of mathematics has been 'mastered', it can be used as a foundation for new mathematical learning, " he said.

"Superficial learning in mathematics produces weak foundations, which can result in insecure learning and confusion," he added.