70 Arrested In Brussels Amid "Copycat" Yellow Vest Protests Across Europe

The area housing European institutions including the offices of the European Commission and the European Parliament was sealed off as a precautionary measure. 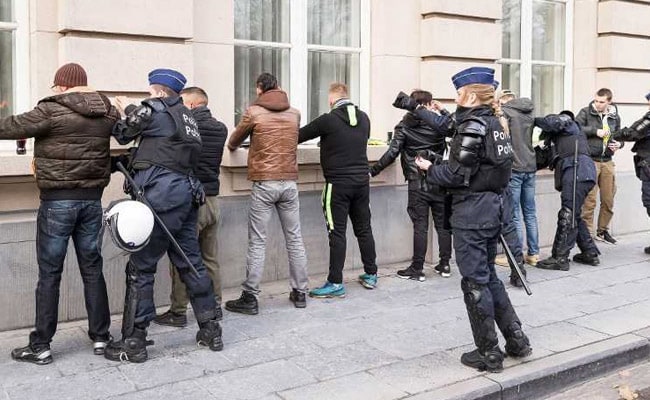 The area housing European institutions including the offices of the European Commission and the European Parliament was sealed off as a precautionary measure.

Police put up barricades there and both vehicles and pedestrians were denied access.

The protesters gathered in two districts of the city -- Arts Lois and Porte de Namur -- but there were no incidents of violence.

"There have been around 70 arrests following checks carried out as a preventive measure," Brussels police spokeswoman Ilse Van De Keere told AFP.

According to Belga news agency, young protesters blocked a highway linking Brussels to the town of Rekkem in Flanders, located near the French border.

They also put up a barricade near the Franco-Belgian border close to Adinkerque, Belga said.

The "yellow vest" movement in France originally started as a protest about planned fuel hikes but has morphed into a mass protest against President Emmanuel Macron's policies and top-down style of governing.

It has spilled over to some other countries, including Belgium and especially in the country's French-speaking region.

On November 30, a "yellow vest" protest by some 300 people in Brussels degenerated into violence in which two police vehicles were torched.