The Interior and Justice Minister announced the arrests on state television, saying "several vehicles have been seized and hotel raids carried out 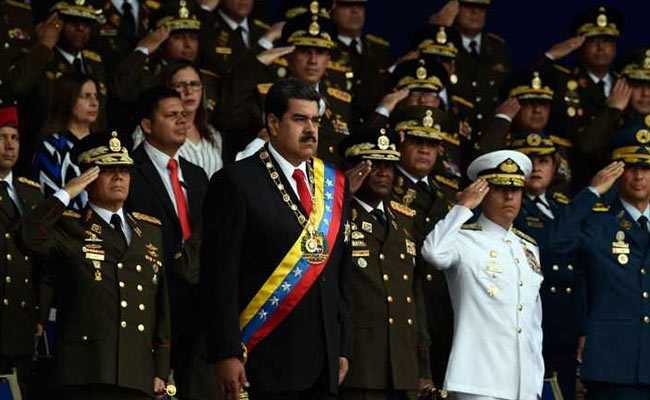 Interior and Justice Minister Nestor Reverol announced the arrests on state television, saying "several vehicles have been seized and hotel raids carried out in Caracas where important information was collected."

Reverol said the "assassination" attempt was carried out by two remotely operated drones and each carrying a kilogram (2.2 pounds) of plastic explosive C4 -- "capable of causing effective damage over a 50-meter (164 feet) radius."

He said one of the drones flew over the tribune where Maduro was giving a speech to mark a military parade but that it became "disoriented by signal inhibiting equipment" and was thus "activated outside the assassins' planned perimeter."

The second drone lost control and crashed in an adjacent building, Reverol added.

He said it was "a crime of terrorism and assassination" and that the "material and intellectual authors inside and outside the country" had been identified, with further arrests "in the coming hours" possible.

He said seven soldiers had been injured, with three of them in a critical state.

Reverol said one of the six detainees was already wanted for involvement in a daring raid on a northern military base a year ago, in which rebels made off with a cache of weapons.

(Except for the headline, this story has not been edited by NDTV staff and is published from a syndicated feed.)
Comments
Nicolas Maduro assassinationVenezuela President