The flight went awry just minutes after taking off from an airport, tearing apart catching fire before crashing into the two-storey house. 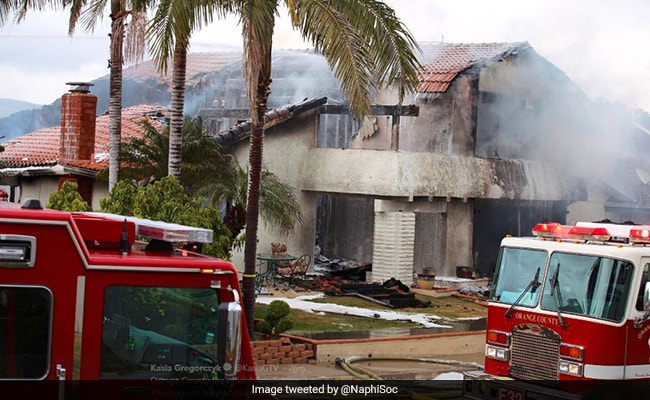 At least five people were killed and two others injured after a small plane crashed into a house in the US state of California, the media reported on Monday.

The twin-engine Cessna 414A came apart and caught fire mid-flight before crashing into the two-storey house in Yorba Linda, a suburb of Los Angeles a news channel reported.

The flight went awry just minutes after taking off from an airport, 32 km from the city, according to police.

The victims comprised the pilot, who was the only occupant of the plane, and two men and two women inside the house.