Israel has began administering fourth vaccine dose to those with weakened immunity, health workers and people over 60. 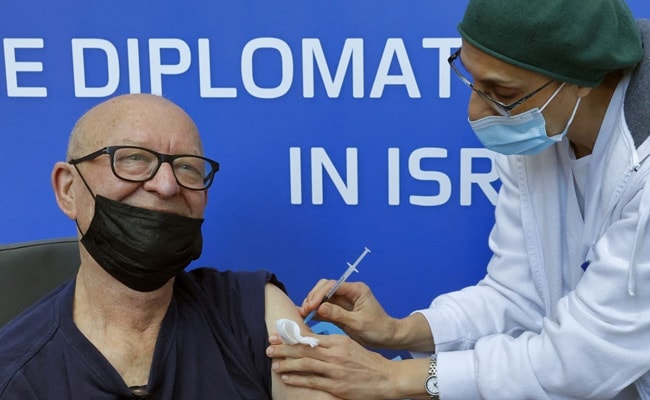 Speaking during a visit to Sheba hospital near Tel Aviv, which administered fourth vaccines to 154 of its staff a week earlier as part of a study, the Israeli premier said that the extra shot "works".

"A week into the fourth dose, we know with a high level of certainty that the fourth dose is safe," he said alongside professor Galia Rahav, head of Sheba's infectious disease unit and leader of the study.

"A week after the administration of the fourth dose, we see a fivefold increase in the number of antibodies in the vaccinated person," Bennett added.

"This most likely means significant increase in the protection against infection and against severe hospitalisation and symptoms," he said, noting the facility was due to publish its findings soon.

Israel on Friday began administering fourth jabs to people with weakened immunity. On Monday, it expanded that to health workers and people over 60, making it one of the first countries to do so.

The moves come around one year after it began a massive vaccination drive on the back of a data-sharing accord with US pharmaceutical firm Pfizer.

On Tuesday, the health ministry reported over 10,000 new coronavirus cases for the previous day, compared to a daily average of less than 4,000 the previous week.

The country has officially recorded over 1.4 million cases of Covid-19 infection, including 8,247 deaths.