As of Friday afternoon several of the 17 major wildfires burning across Northern California had merged into massive, largely out-of-control conflagrations, having burned a combined 221,754 acres of dry brush and grasslands. 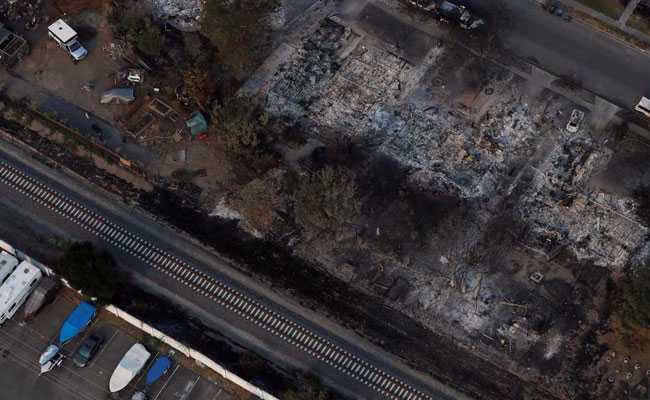 Sonoma, California: Firefighters made headway on Friday against devastating wildfires in the heart of California's wine country but said the death toll of 32 was expected to rise with hundreds of people still missing.

Even as crews made enough progress for authorities to begin contemplating re-population of some evacuated areas, they were bracing for another onslaught of hot, dry winds that could fan the fires.

"We are diligently working hard. We've challenged the troops to get out there and secure mainly the south parts of these fires in preparation for those strong north winds," Bret Gouvea, deputy chief of the California Department of Forestry and Fire Protection, said at an afternoon press conference.

He said contingency plans were being made for other communities in case the fires spread.

The Napa Valley town of Calistoga faced one of the biggest threats. Its 5,000-plus residents, ordered to leave their homes on Wednesday night, remained evacuated.

As of Friday afternoon several of the 17 major wildfires burning across Northern California had merged into massive, largely out-of-control conflagrations, having burned a combined 221,754 acres of dry brush and grasslands.

The 32 confirmed fatalities mark the greatest loss of life from a single fire event on record in California, three more than the 29 killed by the Griffith Park fire of 1933 in Los Angeles.

At least 18 people died in the so-called Tubbs Fire in Sonoma County, which now ranks as the deadliest single fire in the state since 1991. Officials said the death toll would likely rise as burned homes and businesses were searched.

Many of the more than 1,000 people initially added to a list of those unaccounted for had been found, Sonoma County Sheriff Robert Giordano said at the news conference, but 256 were still missing.

Giordano said 45 search-and-rescue teams and 18 detectives had been deployed to comb ruined neighbourhoods for more victims.

Winds of up to 60 miles per hour (100 kilometres per hour) and humidity of just 10 percent will create "critical fire weather conditions" and "contribute to extreme fire behaviour" on Friday evening and into Saturday, the National Weather Service said.

With at least 3,500 homes and other structures incinerated, the so-called North Bay fires have reduced entire neighbourhoods in the city of Santa Rosa to smouldering ruins dotted with charred trees and burned-out cars.

At a fairground converted to a shelter in the nearby city of Petaluma, about 250 cots were full by Friday, and people slept in tents in the parking lot as volunteers served porridge and eggs for breakfast. 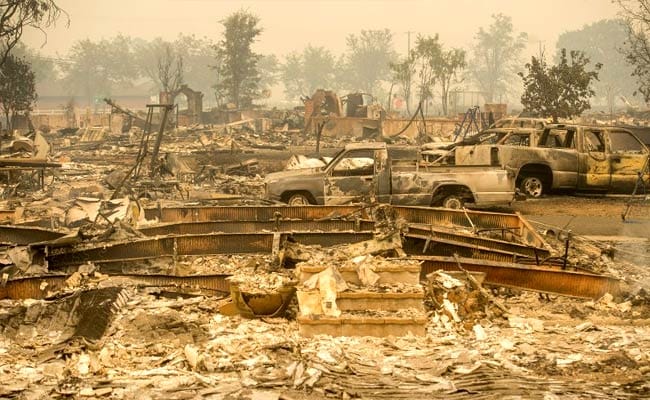 Yasmin Gonzalez, 28, her four children and husband, a grape picker, were anxious to leave the shelter and return to their apartment in Sonoma.

"It's horrible to leave your home, and your things and not know what's going to happen," Gonzalez said on Friday.

The region's health system has also been weakened by the fires, with Kaiser Permanente forced to close its Santa Rosa medical centre and pharmacy, and many doctors and small practices evacuated.Kaiser said on Friday that it was rerouting patients, some of whom complained of respiratory ailments as a result of smoke, to nearby medical centres.

The cause of the blazes was under investigation, but officials said Pacific Gas and Electric Company power lines toppled by gale-force winds on Sunday may be to blame.

The California Public Utilities Commission has directed PG&E to preserve all evidence including "all failed poles, conductors and associated equipment from each fire event" in Napa, Sonoma and Solano counties.

The year's wildfire season is one of the worst in history in the United States, with nearly 8.6 million acres (3.5 million hectares) burned so far, just behind 2012, according to the National Interagency Fire Center. In the worst year, 2015, about 9.3 million acres burned.

The fires in California's world-renowned wine-producing region have wreaked havoc on its tourist industry and damaged or destroyed at least 13 Napa Valley wineries.

(Except for the headline, this story has not been edited by NDTV staff and is published from a syndicated feed.)
Comments
California WildfireNapa Valley