An employee for the show's camera department made a call to the hotline July 24 citing concerns of animal cruelty involving German shepherd-type dogs, according to court documents 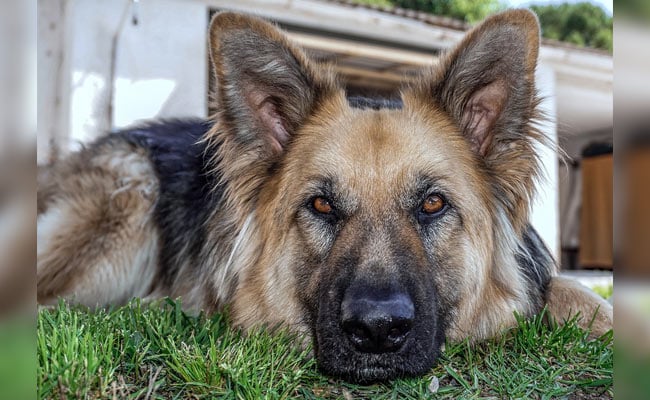 Three dog trainers are accused of animal cruelty for allegedly using cayenne pepper to get show dogs to perform a scene while shooting in Pennsylvania for the cable series "Manhunt: Lone Wolf."

An employee for the show's camera department made a call to the hotline July 24 citing concerns of animal cruelty involving German shepherd-type dogs, according to court documents.

The trainers were tasked with getting the dogs to react as if they had eaten a cayenne pepper, but when the canines didn't do as instructed, their handlers used a small amount of cayenne pepper on the dogs' noses, which didn't work, according to the report.

The trainers then used another handful of cayenne pepper, the court documents said. "After Wiernik put the cayenne pepper in the dog's nose, the dog immediately dropped down to the ground and attempted to rub his face through the dirt and foliage. . . . These actions were repeated," according to the court records.

Lionsgate, the entertainment company behind the cable series, told Trib Live in a statement that it has an excellent track record for protecting animals on its sets. "We take any allegations of animal cruelty very seriously," it said.

A veterinarian who was consulted for the investigation said that making an animal inhale cayenne pepper could cause medical emergencies ranging from irritation and burning of the mucous membranes of the nose and throat passageways to respiratory distress, which could lead to an "embolism, respiratory arrest or death," according to the report.

Robert Fredley, the chief humane police officer with Animal Friends, said he spoke with David "Billy" Cole, a production office coordinator, who told him that there was probably a miscommunication based on the script.

The trainers used a mixture of apple cider vinegar, lemon and broccoli to rub onto the dog's nose so it could wipe it off, Cole said, adding that it was a common practice, according to the report.

Hoelcher, a veteran movie stuntman and animal trainer, said that he never used cayenne pepper to get the dogs on set to behave a certain way.

"The props department has cayenne pepper," he said, explaining that he couldn't verify if it was real or not. "Why in the world would I do something like that?"

Spencer, his attorney and Wiernik didn't immediately respond to requests for comment.

When a dog is exposed to cayenne pepper, the animal's reaction can cause the spice to spread, leading to more irritation, which could last could last for days or weeks, said Carlo Siracusa, associate professor of clinical behavior medicine at the University of Pennsylvania School of Veterinary Medicine.

Siracusa said pepper is frequently recommended in online forums as a way to keep dogs away from plants or out of unwanted areas in the home, something he doesn't suggest for a dog's well-being because of the potential health risks.

"It's definitely a form of abuse because you're forcing the animal to do something detrimental to its quality of life," he said about the powdered flavoring.

It could even result in the canine not doing what the trainer wants it to do, he said.

"When it comes to training animals, it's best to focus on positive reinforcement strategies - such as praise, play and treats - that don't have the potential for harm," he said.