Three people have been charged with involvement in the planned attacks, which were to be carried out in the name of the ISIS group during the Muslim holy fasting month of Ramadan in 2016, they said. 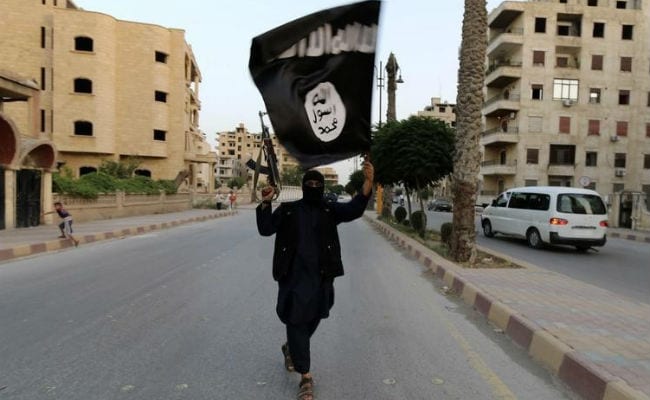 The charges against them were recently ordered to be unsealed by a federal court in New York.

Washington: US authorities foiled multiple terrorist attacks in New York in 2016, including at the iconic Times Square and the city's subway system, plotted by three ISIS sympathisers with one of them living in Pakistan, US prosecutors said today.

Three people have been charged with involvement in the planned attacks, which were to be carried out in the name of the ISIS group during the Muslim holy fasting month of Ramadan in 2016, they said.

While Talha Haroon, 19, a US citizen based in Pakistan, Abdulrahman El Bahnasawy, 19, a Canadian citizen, and Russell Salic, 37, a Philippines national - were arrested last year, the charges against them were recently ordered to be unsealed by a federal court in New York.

According to the Department of Justice, El Bahnasawy purchased bomb-making materials for use in the attacks.

Haroon allegedly planned to carry out the attacks with El Bahnasawy. He is pending extradition to the US. Salic allegedly provided financing for the planned attacks. He too is pending US extradition.

The Federal Bureau of Investigation (FBI) and the New York Police Department (NYPD) successfully thwarted this terrorist plot, the Department of Justice said.

An undercover FBI agent, posing as an ISIS supporter, convinced the accused that he was prepared to carry out the attacks with them.

El Bahnasawy, who has been in custody since he was arrested by the FBI in May, 2016, pleaded guilty to terrorism offenses and is awaiting sentencing.

Haroon and Salic have been arrested in other countries by foreign authorities in connection with these charges and the Justice Department expects that they will be extradited to the US to face justice in an American court.

According to court papers, El Bahnasawy told the undercover FBI agent that he was in contact with an ISIS affiliate about obtaining official sanction of the planned attacks by the Khorasan Province - a branch of ISIS active in Pakistan.

Haroon, who was based in Pakistan and was introduced to the agent by El Bahnasawy, informed him that he was in contact with ISIS associates within the Khorasan Province.

El Bahnasawy told the agent that "these Americans need an attack," that he aspired to "create the next 9/11," and that he planned to "come to New York around May 22" from Canada.

Haroon stated that he intended to fly from Pakistan to New York City to carry out the attacks with El Bahnasawy, and hoped to "cause great destruction to the filthy 'kuffars' (infidels) by our hands".

El Bahnasawy and Haroon identified multiple locations and events in and around New York City as targets of the planned attacks, including the New York City subway system, Times Square, and some concert venues.

On May 12, 2016, El Bahnasawy sent the agent an image of Times Square stating, "We seriously need a car bomb at Times Square. Look at these crowds of people!".

That same day, he also expressed his desire to "shoot up concerts because (sic) they kill a lot of people".

El Bahnasawy described the plan to attack concerts as "We just walk in with guns in our hands. That's how the Paris guys did it," referring to the 2015 attack on the Bataclan concert hall in Paris.

On May 5, 2016, Haroon told the agent that the subway was a "perfect" target, and that they should shoot as many passengers on the train as possible, including "women or kids" and that "when we run out of bullets we let the (suicide) vests go off".

Promoted
Listen to the latest songs, only on JioSaavn.com
That same day, Haroon discussed with the agent the necessary supplies for making explosive devices for use in the attacks.