Archaeologists discovered at least 24 tombs as well as 5 pits containing remains of horses, a house and several items. 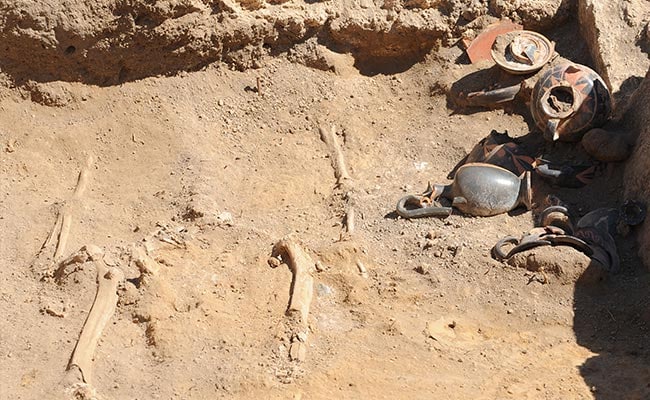 Nearly 400 items including pottery, weapons and carts were unearthed at the site (Representational)

Beijing: At least 224 tombs believed to be over 3,000 years old have been unearthed in central China's Henan province.

The tombs, which archaeologists date from the Western Zhou Dynasty (1046-771 BC), are located across a river in Qixian county, Xinhua news agency reported.

Archaeologists have also excavated five pits containing the remains of horses and the ruins of a house, unearthing nearly 400 items including pottery, bronze weapons and carts, shells, jade and lacquerware.

Most of the tombs were small in size and carefully planned, which showed that they belonged to ordinary people, according to Han Zhaohui, head of the team and associate research fellow with the Henan Provincial Cultural Relics and Archaeology Research Institute.

He said it appeared to have been a military area as about a quarter of the tombs contained broken shields and daggers.

Most pottery pieces were boilers and jars, which were typical burial objects for people of Zhou Dynasty in late Shang (1600-1046 BC) and early West Zhou periods, Han said.

(Except for the headline, this story has not been edited by NDTV staff and is published from a syndicated feed.)
Comments
china excavationchina tombs discovered