$25,000 Reward For Information In Killing Of Former World Bank Economist

Police say they know of no motive or suspects in the slaying of Johan de Leede of Fairfax County, Va. 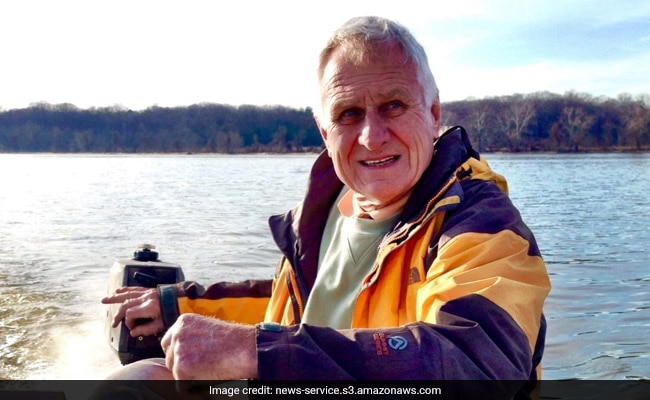 Police are still seeking leads and a suspect in the shooting death of Johan de Leede.

The 83-year-old retired World Bank economist was watching television in his Fairfax County, Virginia, home around 1 a.m. on March 11, 2016, when someone shot and killed him from outside a living room window and slipped away.

Investigators have spent more than 2 1/2 years scouring the scene, interviewing neighbors, pulling cellphone records and following other leads, but the slaying of Johan de Leede remains the rarest of cases: a true mystery.

Detectives said they have no motive or suspects, so on Wednesday, de Leede's daughter-in-law made a plea for the public's help while choking back tears. She and police announced a new $25,000 reward for clues.

"The impact of Johan's death is gut-wrenching. Life-changing," Susie Paul-de Leede said at a news conference, "and has left the family with deep scars that just won't heal. For our family, there will always be an empty chair at the dinner table."

Wednesday would have been the 59th anniversary of his marriage to his widow, Liesbeth de Leede.

Detective John Vickery of the Fairfax County police said that he has had few other cases like it in his career and that every detective in the department has worked on it at some point.

"It is very rare that we don't have anything," Vickery said.

The case is all the more baffling because de Leede was living a quiet life, tending to his garden and sailing at his home on an idyllic stretch of the Potomac River on the Mason Neck Peninsula near Lorton, Virginia. He was surrounded by a large family.

And so it was on March 11, 2016. Johan de Leede had enjoyed a meal with his wife and houseguests that Friday night. Family members said everyone except him had gone to bed around 11:30 p.m. He had settled into a chair in his living room with a banana and a warm glass of milk, his nightly ritual. Around 1 a.m., his wife awoke to the sound of gunfire.

Liesbeth de Leede initially thought the gunshots came from the TV, but she found her husband on the floor, the family said. She thought he had fallen, but soon she noticed broken glass and blinds and realized he had been shot.

Family members said it appeared Johan de Leede had been shot while sitting in a chair. Fairfax County police soon were on the scene and conducting a huge search involving a helicopter and dogs, but a suspect was never found.

At the news conference Wednesday, police added new details about the most significant lead in the case. A neighbor saw a dark-colored pickup truck - possibly a Ford F-250 - speeding along Mallard Road near the de Leedes' home on River Road about five or six minutes after the gunshots.

Vickery said a neighbor told detectives the truck had no lights on and blew through a stop sign at Oak Grove Street. The truck then turned on Hallowing Drive and was not seen again.

Vickery said the truck was the only vehicle seen leaving the scene.