The attack happened in Jolo in Muslim-majority Sulu, where government-backed security forces have long been fighting the Abu Sayyaf group. 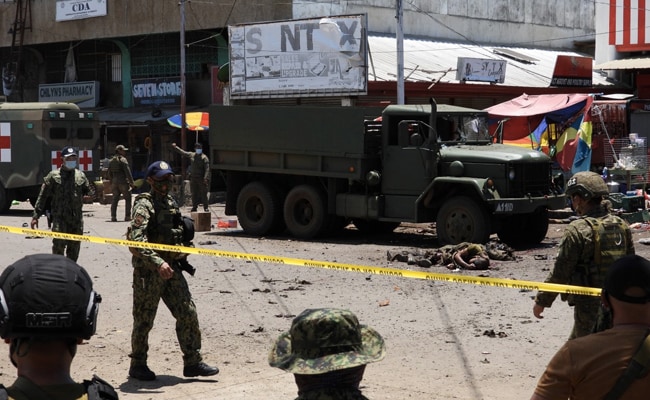 The bodies of victims lie on the pavement as police, military personnel cordon off the site

At least 10 people were killed and dozens wounded -- including soldiers and police -- in a twin bombing Monday involving a suicide attacker on a southern Philippine island that is a stronghold of Islamist militants, officials said.

The attack happened in Jolo in Muslim-majority Sulu, where government-backed security forces have long been fighting the Abu Sayyaf group.

Five soldiers and four civilians were killed in the first blast when an improvised explosive device attached to a motorcycle parked outside a supermarket blew up, Lieutenant General Corleto Vinluan told reporters.

Sixteen soldiers were wounded in the explosion, which happened at around midday.

There was a second blast a short time later in the same street when a female suicide attacker blew herself up as police cordoned off the area, killing one person and wounding around six officers, Vinluan said.