AIADMK In A Shambles Without Jayalalithaa: MK Stalin To Prannoy Roy

The poll result in Tamil Nadu will have a direct bearing on who would form the government at the centre. The two main national parties -- the BJP and the Congress -- have realised this and have entered into alliances with major regional players. The BJP is in alliance with AIADMK and the Congress with MK Stalin's DMK. Today, in an interview with NDTV's Prannoy Roy, MK Stalin talks about his party's poll prospects. Dr Roy also talked to AMMK chief TTV Dhinakaran on the ongoing national election.

Here are the highlights of Prannoy Roy's interview with MK Stalin and TTV Dhinakaran:

"I have not taken any risk. Knowing the will of people of Tamil Nadu, Karunanidhi on behalf of the DMK welcomed both, be it Indira Gandhi or Sonia Gandhi, with the same introduction. I have just followed the same tradition".

"Women are not secure at all under the current AIADMK governance in Tamil Nadu. The Chief Minister J Jayalalithaa was a woman herself. Jayalalithaa's death itself is a subject of many controversies. Jayalalithaa herself was not safe".

PM Modi behaved more like the Prime Minister of a foreign country than that of India: MK Stalin

"The UPA government, under the leadership of PM Manmohan Singh, with the support of DMK, delivered all the promises they made during the elections. But the current government under PM Modi has completed 5 years. But they did nothing. Without doing anything, they made false promises." 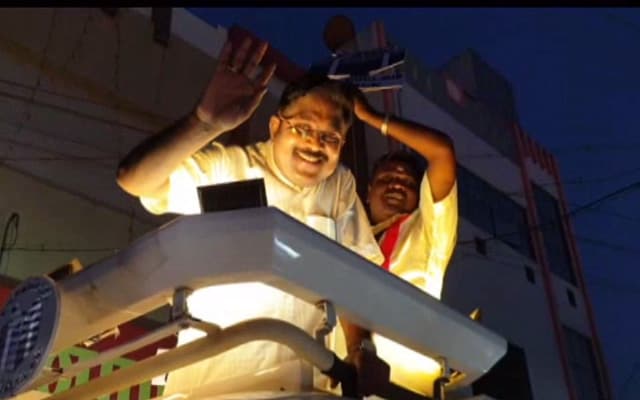 The ruling party is giving money everywhere. Even now, they are giving money. But people will not vote for them, they will only vote for Amma's real party, which is our party: TTV Dhinakaran

"Because of the demise of our leader Amma and Karunanidhi, people want to have a new leader in Tamil Nadu. They are fed up with the ruling national parties like BJP and Congress also. They want a regional party."

Amma wouldn't have allowed NEET in Tamil Nadu. And a lot of central government schemes like methane, hydrocarbon and ONGC projects which were stopped by our leader because it affects the poor farmer. So, why now all are allowed here?: TTV Dhinakaran

They (OPS and EPS) are behaving like slaves to Modi. Amma told clearly that she would never have alliance with Modi and would contest alone in the future: TTV Dhinakaran 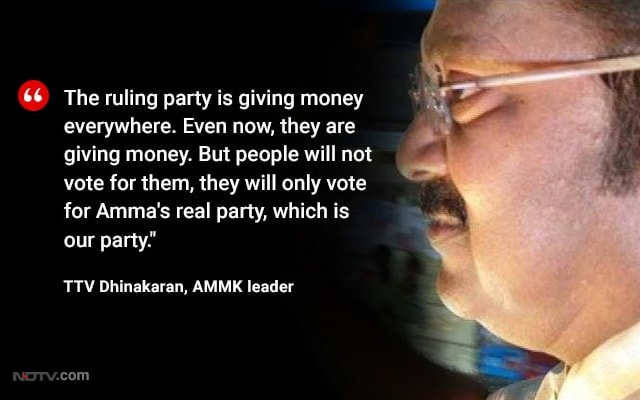