Around 13 years ago, all 52 families in the village shifted to natural farming, without using pesticides or chemicals.

Enabavi, about 85 km from Hyderabad, got the tag of Telangana's first organic village.

You have to look keenly to figure out that the stone board leading into Enabavi village once proudly declared 'chemical-free village'. That was 13 years ago, when all 52 families in the village shifted to natural farming, without using pesticides or chemicals. And this village, about 85 km from Hyderabad, got the tag of Telangana's first organic village.

This after having earlier witnessed what so called technological revolutions in terms of fertilisers and chemicals, and even seeds, did to farmers. The Warangal region, that shifted in a big way to a commercial crop like cotton, witnessed the highest number of farmer suicides, accidental deaths due to pesticide exposure, agricultural indebtedness and distress due to the vagaries of weather and markets.

The shift initially was slow. Ponnam Mallaiah, now 75, says initially he found that when he increased application of chemical fertilisers and pesticides, his yield increased. But in subsequent years, while the input burden kept increasing; neither his yield nor his income grew. That is when he realised what his grandfather used to tell him was true: "This is slow poison. Don't succumb to it.''

For 19 years, Mr Mallaiah has practised natural farming and he believes what Union Finance Minister Nirmala Sitharaman has now announced, about taking the Zero Budget Natural Farming route to doubling farmer income, is the right road to take. "Just one farmer doing won't help, everyone has to do, only then health of Mother Earth will grow. That is why we all decided in Enabavi to practise chemical-free agriculture and the results are there for all to see," he said. 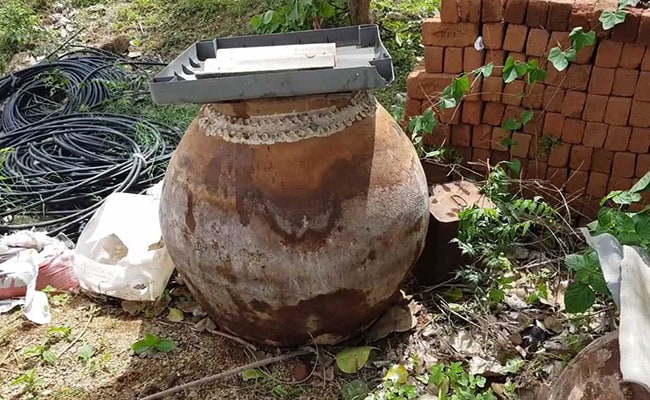 "Before each farmer used to have a minimum of 15000 rupees loan, now no one has debts here, each house has tractor, a bicycle, so life is smooth,'' Mr Mallaiah added.

Giribabu, who is not just a farmer but also community resource person, who along with farmers like Ponnam Mallaiah, has been helping other farmers make the shift, says the benefits don't start showing as soon as farmers we make the shift to organic farming.

"The soil is so abused for so many years. Initially, productivity is low for the first 3-5 years. Then it starts increasing. Those days people would laugh at us, saying, 'we apply pesticides and fertilisers that cost 1000s of rupees. And this guy say he will apply neem oil and cow dung and the crop will grow!''' says Giribabu. But seeing is believing. So from half an acre the area increased and also the number of farmers, including from surrounding villages, adopting these methods.

Rice, wheat, cotton, chillies, pulses, oilseeds, millets and vegetables are being grown by these small farmers in drought-prone Jangaon district of Telangana is being sold in Singapore, Hyderabad and also at the local markets. Demand always exceeds supply.

When NDTV visited Enabavi, the farmers were planning sowing vegetables for the season ahead. From who would grow how much to how they would keep the supply commitment to buyers in Singapore and Hyderabad was all being planned.

Mylaram Venkanna offered to show us around his farm to explain how their method of natural farming works. He confessed he was for 20 years practising chemical agriculture. Then, he made a dramatic shift six years ago after he lost three family members to cancer, his mother, mother-in-law and a younger brother. "If chemicals kill our health, what is the point. I wanted health for me, my family, those who eat what I grow and for Mother Earth.'' 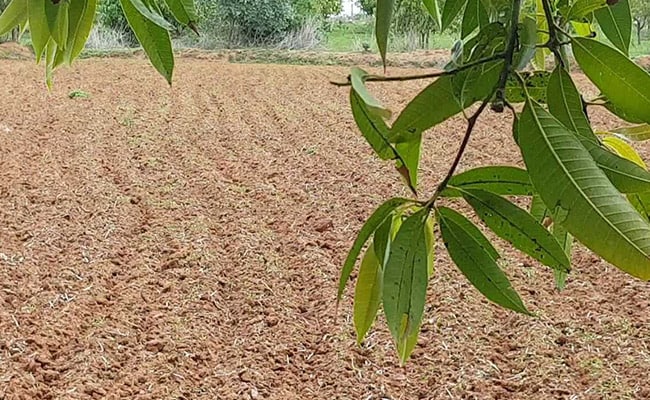 Rice, wheat, cotton, chillies are all being grown by small farmers

Mr Venkanna shows with great pride how his farm is self-sufficient. Cow dung and cow urine collected from the cowshed and stored to make biomanure and vermicompost. The neem tree on the farm provides neem seeds that serve as biopesticide. Tank silt from cleaning the village pond, subsoil to enrich, multi crops for better soil health, leguminous crops grown along with main crop for nitrogen fixation, are being used instead of harmful pesticide. He has also learnt to make pheromone traps into which pests get trapped. Then there are plants grown to attract healthy insects and birds that can pick out and eat pests.

"Farmer dies because for every farmer, the investment cost like for fertilisers, pesticides, seeds, is assured, return is not. But we don't have any investment cost other than labour. Only cotton seed we may buy but usually prefer traditional varieties as they are more hardy and resistant. So even if we sell at market rates, we will never be in a loss because we have no expenditure. The only cost is our labour and what we pay hired labour,'' Mr Venkanna says.

On asked what his message is for other farmers, Mr Venkanna says, "If you do farming like me, there will be no loss, no farmer suicide. Singapore trader comes and takes from my farm here, they want health, we want money. So does Hyderabad buyer. What can be better.''

Mr Venkanna has advice based on his life experiences for the Indian government too.

"Doing chemical farming is hitting Indian economy in many ways. The environment also gets affected badly. The government gives Rs 1000 subsidy for DAP, 900 for urea, 800 for potash. The government needs to change that. They should give subsidy to farmer not the industry, then farmer will succeed. I do farming. My son will also do farming even though he is studying in college right now.''

The experience of Enabavi and other farmer groups that have been practising non-chemical natural farming for the last few years shows that Nirmala Sitharaman may not have been wrong in reposing her faith in Zero Budget Natural Farming to double farmer income. The intent is there, now it needs to be followed up with allocation and action.