Heat wave conditions continue across several states. The temperature has been soaring in the northern region - Delhi and neighbouring states too 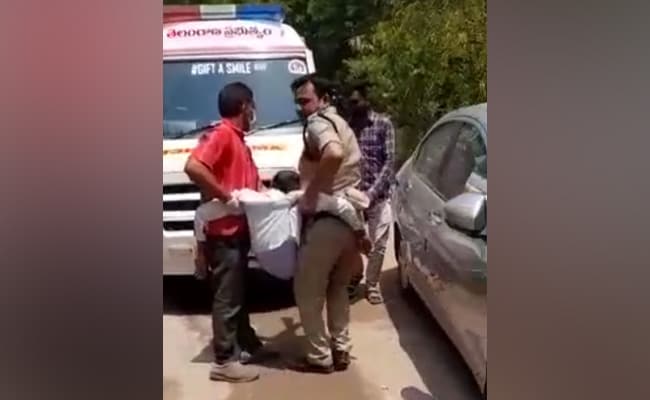 Telangana: The man is being carried to an ambulance

Extreme heat has claimed a man's life in Telangana. The police said a man who came to a court complex in the state collapsed due to heatstroke. Visuals show the man being carried to a waiting ambulance. Weather agencies show many areas in Telangana recorded 39 degree Celsius this afternoon.

Heat wave conditions continue across several states. The temperature has been soaring in the northern region - Delhi and neighbouring states.

The temperate is likely to be over 40 degree Celsius in many states, including Odisha, the weather office has said.

Doctors say it is very important for people to take precautionary measures during hot weather condition while going outside, especially between noon and 3 pm.