This new feature is available across 23 Indian states, including union territories. 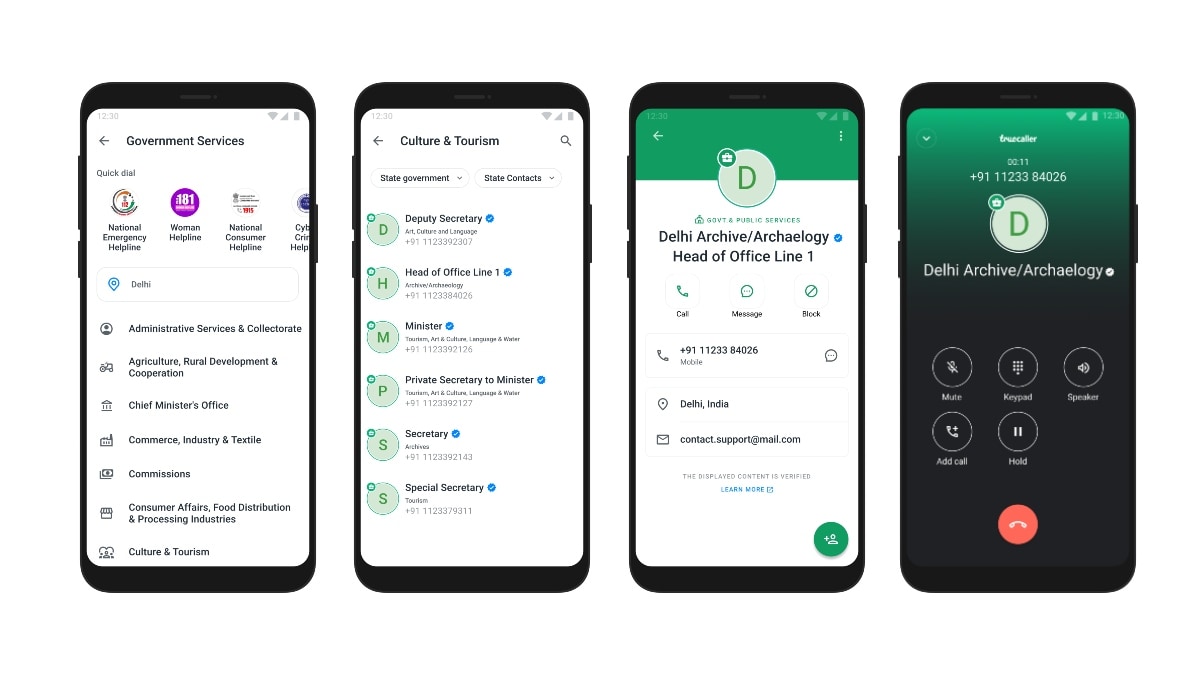 Truecaller launched Government Services in India on Tuesday. This new feature adds a digital directory to the app with verified contacts of government officials. It is designed to protect users from fraud, scams, and spam by people pretending to be government officials. Truecaller users will be able to identify a verified government number with its background and blue tick. In addition, Truecaller is working with different government departments to expand the directory based on user feedback. This feature is expected to streamline people's access to government representatives.

The caller-identification company says that these numbers are sourced directly from the government and official government sources. It has also created a simple process for government agencies to have their numbers verified and added to the directory. Truecaller plans to add government numbers at the district and municipal levels in the next phase.

It is currently working with several government departments to add more contacts based on user feedback. This initiative began back in March 2021 with a collaboration between Truecaller and the Karnataka government. However, the plan was to bring this feature to all of India. Now, Truecaller hopes that the Government Services feature can assist its over 240 million users in India to connect with the government in a "hassle-free manner."

Earlier this year, Truecaller had rolled out an iOS update with 10 times better spam, scam, and business call identification detection than the previous versions of the app. In addition, the app size was reduced with improved efficiency. This Truecaller for iOS update is claimed to improve the onboarding for new users, making it faster and smoother.