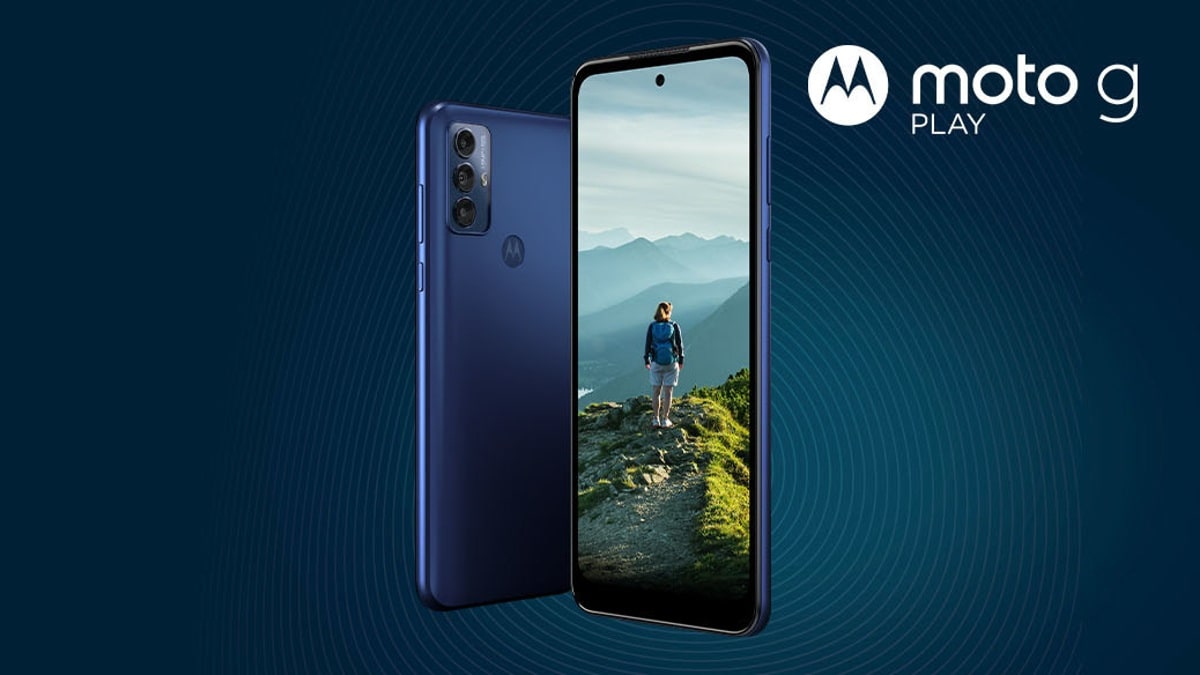 Motorola launched the Moto G Play (2023) affordable smartphone on Thursday. It is a refreshed version of the Moto G Play (2021) and also comes with a 6.5-inch HD+ screen. However, the Moto G Play (2023) features a centrally-aligned hole-punch slot, unlike its predecessor. This Motorola handset also packs a 5,000mAh battery, which is claimed to offer a three-day battery life. It features a 16-megapixel triple rear camera setup with AI-powered features like Auto Smile capture, Smart Composition, and Dual Capture.

The Moto G Play (2023) will cost $169.99 (roughly Rs. 14,000) for its sole 3GB RAM + 32GB storage variant. Its universally unlocked variants will be sold in the US via Amazon, Best Buy, and Motorola.com starting from January 12, 2023. This Motorola smartphone will also go on sale in Canada on the same day through select carriers and national retail locations.

It runs on Android 12 and packs a 5,000mAh battery with 10W charging support. It has a plastic body with IP52 water and dust resistance rating. The Moto G Play (2023) measures 167.24x76.54x9.36mm and weighs about 203g, as per the company. There is a USB Type-C port and a 3.5mm headphone jack. The handset also supports dual-band Wi-Fi and Bluetooth v5.0 wireless connectivity. In addition, it features a fingerprint sensor on the back.