Chennai may lose an ecologically sensitive beach to encroachers if authorities do not act immediately. An illegal residential layout, consisting of 100 concrete houses, is being planned behind a prominent temple and barely 50 metres from the water's edge; one such house is already being built. In addition, rubble is being dumped on the beach with a view to laying three roads, in clear violation of Coastal Regulation Zone (CRZ) notifications under the Environment Protection Act of 1986.

Each sea-facing plot on the Thiruvanmiyur Kuppam Beach measures 400 square feet and is worth at least Rs 60 lakh. Locals have alleged a land mafia is waiting to grab expensive beach properties and have expressed worry that any construction in the area will turn the ground water saline.

"It is a big violation. We want the (Chennai) Corporation to take this back on a war footing. This should be stopped. There is a nexus between encroachers and authorities. Do you think this kind of large scale development can take place without the knowledge of officials?" an activist, who did not wish to be named, told NDTV.

"This stretch is also nesting place for Olive Ridley turtles (which are vulnerable to extinction threats). This encroachment will destroy that," another activist said.

In addition, activists have also expressed worry over deterioration of ground water quality.

"This is an aquifer that prevents salt water entering other areas. Ground water will turn saline if this buffer zone is tampered with," an environmentalist said.

Chennai Corporation has filed a police complaint alleging trespass and encroachment on water bodies. However, the local body has neither taken possession of the beach-side plots nor has it, so far, cleared existing encroachments.

"This is illegal. We are working with revenue authorities to clear the encroachment," a senior city official told NDTV.

The encroachments and the buildings are not being built by real estate developers with a view to making profits. Instead, a 3,000-strong fishing community that lives nearby claims it is developing the site themselves after repeated pleas to the state government to expand their current settlement went unheard. 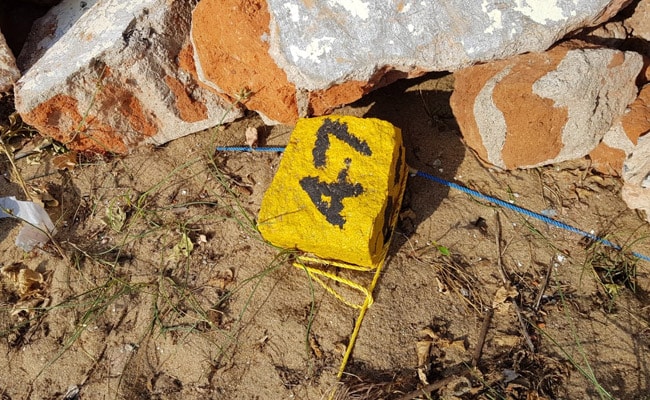 The community has claimed that over the years their families have grown in size and they need more land. They have also alleged the government has done little to help them, even though CRZ notifications do have the necessary provisions.

"This beach is primarily for fishermen only. This is not illegal. Since government is not doing, we are doing ourselves. As per CRZ 2011 the government must do its job to expand our area to accommodate growing numbers. They are not doing... so we are doing ourselves. This is not illegal, but legal," S Jayakumar, a fisherman who is spearheading the construction, said.

The community has also pointed to the threat of fires; in 2010 around 300 houses were gutted, forcing many to shift. The fishermen say the new layout will decrease that risk as they are building concrete houses.

"The fire destroyed our homes four times. No one gave any solution. No one built houses for us. Now we are building ourselves. Why do you stop? This is our right. This is our place. We have been living here for ages," a fisherwoman declared.

"There is a political nexus. Officials are turning a blind eye. Local body polls are coming up and these areas are votebanks. No one is worried about saving our beaches and fragile ecosystem," a resident opposed to the encroachment said.