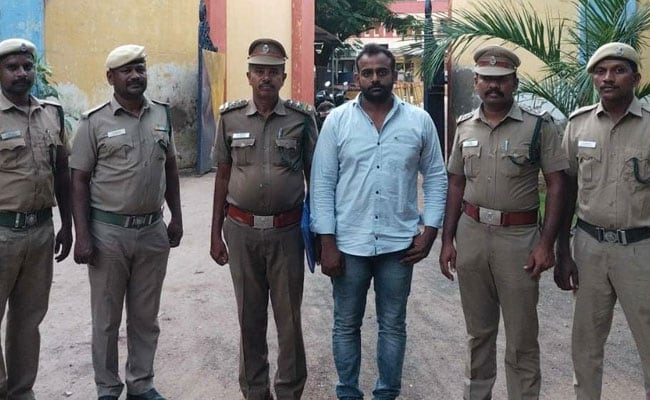 Sources say Suresh was tricked by forest officials to get to Madurai for a signature.

Forest officials in Tamil Nadu have arrested a man who they say is a seasoned illegal trader and smuggler of protected wild animals and birds.

Though four people were arrested, Suresh, the fourth accused in the case, had managed to get anticipatory bail in the case. However, authorities arrested him for defying bail conditions.

"This was possible on the basis of a tip off," said Manikandan, the Forest Range Officer to NDTV.

Activists say Suresh deals with the sale of pets and wildlife through a network of conduits and hence pinning him down is difficult.

He is notorious for trading in mouse deer, star tortoise, grizzly giant squirrel among others, they add.

Sources say Suresh was tricked by forest officials to get to Madurai for a signature.

While Suresh was counting on the anticipatory bail, officials arrested him. To a specific question on non-compliance by Suresh, Manikandan said, "He had violated surety norms".

Activists also blame it on what they call "a weak fining system" adopted by the state forest department that lets many accused get away easily by paying fines.

"Though each such case of can be taken to court to get jail sentence to poachers, sellers and smugglers, the state uses the fine provision and sees this as a revenue generation avenue," said Sharath Babu, Bengaluru based wildlife trade monitoring expert.

This "nurtures illegal trade of wildlife", he added.

Covid Cases Up In North, Clusters In Chennai Colleges As Students Return: Minister