Officials from the armed forces, the district Collector, police personnel and elected representatives paid tributes and placed wreaths before the casket carrying the mortal remains of Havildar Palani. 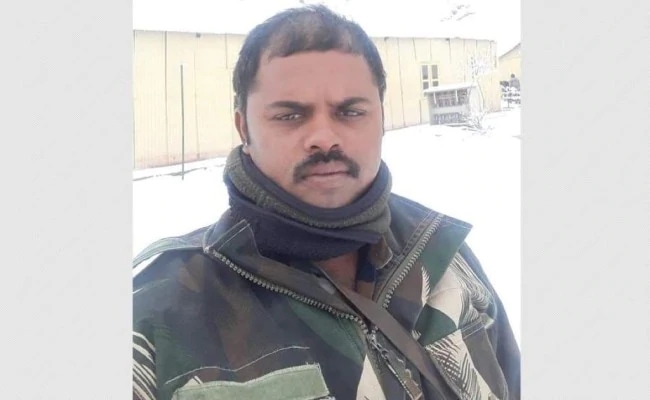 Havildar Palani was among the 20 soldiers killed in a violent clash with the Chinese troops in Ladakh.

Havildar K Palani, one of the 20 Indian army soldiers killed in a violent clash with the Chinese troops in Ladakh, was laid to rest at his native village with full military honours on Thursday.

A gun salute was accorded to the him before his body were buried at Kadakkalur village in the district, as scores of people including family members bid a tearful adieu to Havildar Palani who had made the supreme sacrifice on Monday.

Officials from the armed forces, the district Collector, police personnel and elected representatives paid tributes and placed wreaths before the casket carrying the body of Havildar Palani.

Officials later handed over the Indian tricolour, wrapped on the casket, to the family members of the departed prior to the burial.

Earlier, the soldier's body arrived at Madurai airport late on Wednesday, where officials from the armed forces paid their last respects to him.

The body was later brought to his residence early on Thursday.

District Collector K Veera Raghava Rao paid respects to the body and handed over a cheque for Rs 20 lakh, the solatium announced by Tamil Nadu Chief Minister K Palaniswami, to the family.

On Monday night, 20 Indian Army personnel including a colonel were killed in the clash with Chinese troops in the Galwan Valley in eastern Ladakh, the biggest military confrontation in over five decades that has significantly escalated the already volatile border standoff in the region.

The clash in Galwan Valley on Monday night is the biggest confrontation between the two militaries after their 1967 clashes in Nathu La when India lost around 80 soldiers while over 300 Chinese army personnel were killed.