The Income Tax department's action came a day after Mr Sarma alleged that some I-T officials, jewellers and chartered accountants were involved in money laundering during demonetisation in 2016. 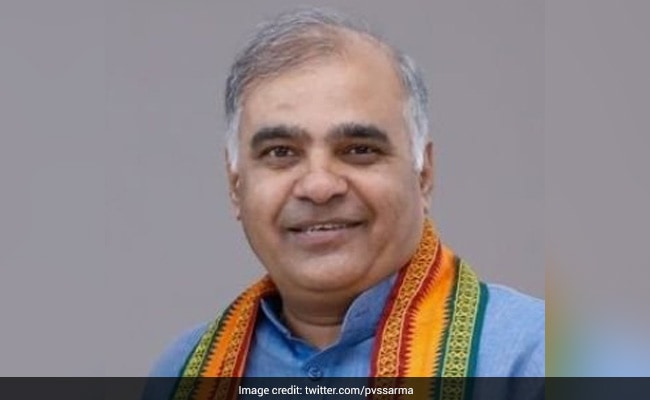 Upset over the action, PVS Sarma sat on the road near his apartment as a mark of protest.(FILE)

The Income Tax department on Thursday carried out search at the residence of Surat BJP unit vice president P V S Sarma, who joined politics a few years back after taking VRS as an I-T officer.

The Income Tax department's action came a day after Mr Sarma alleged that some I-T officials, jewellers and chartered accountants were involved in money laundering during demonetisation in 2016.

The search operation started early morning at Mr Sarma's apartment in Piplod area and is still on, an I-T official told reporters without disclosing any details.

Upset over the action, Mr Sarma sat on the road near his apartment as a mark of protest.

"I have nothing to hide. Officials are searching my house. They are scared and trying to intimidate me so that I don't disclose names of erring I-T officers and others who were involved in the scam. I have proof and I will disclose it soon," Mr Sarma told reporters.

When contacted, Gujarat BJP spokesperson and media coordinator Prashant Vala told PTI that the party will comment on Mr Sarma's issue at an appropriate time.

"I do not want to comment at this point," he told PTI. On Wednesday, Mr Sarma in a tweet claimed the I-T department's investigation wing did not take into account the cash deposit of Rs 110 crore by a prominent jeweller after demonetisation and taxed the firm for an income of just Rs 84 lakh.

Alleging that some I-T officers, jewellers and CAs were involved in money laundering during demonetisation, Mr Sarma said he will disclose the names of culprits in coming days.

4.2 Earthquake Strikes Near Surat In Gujarat