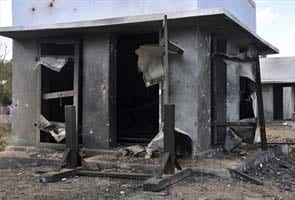 Sivakasi: The National Human Rights Commission (NHRC) has issued notice to the Tamil Nadu government and sought a report on the explosion in the Sivakasi fireworks factory that killed 38 people.

"Notice has been sent to chief secretary, government of Tamil Nadu, calling for a report within four weeks on the Sivakasi fireworks explosion that took place September 5," said the commission.

The explosion killed over 38 people and injured more than 50.

The case was registered on the complaint of Anup Kumar Srivastava, a social activist, and RH Bansal, a human right activist, based on media reports. Mr Bansal claims 54 people died in the tragedy.

Promoted
Listen to the latest songs, only on JioSaavn.com
It has been alleged that no safety measure were ensured in Sivakasi by the government despite 90 per cent of the country's firecrackers being manufactured there.

The complainants have requested a detailed inquiry and compensation to victims and families of the deceased.