Several parts of both the Telugu states received rains, giving much-needed relief to people reeling under an extended spell of summer. 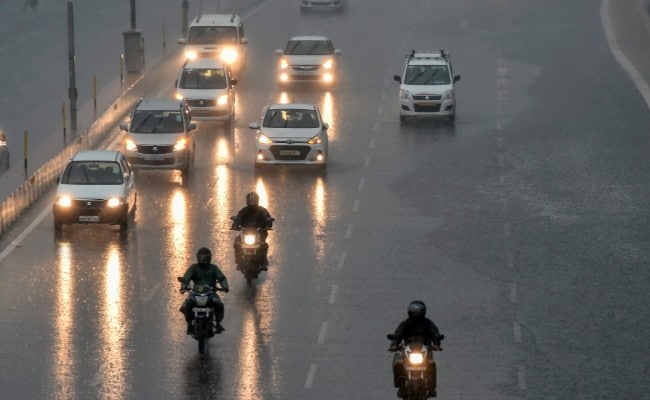 With onset of monsoon, farmers advised to proceed with sowing or other agricultural activities.

After a delay of more than 10 days, the southwest monsoon finally entered Andhra Pradesh and Telangana on Friday, bringing cheers to farmers and providing respite from heat wave.

Several parts of both the Telugu states received rains, giving much-needed relief to people reeling under an extended spell of summer.

With the onset of the monsoon, farmers were advised to proceed with sowing or other agricultural activities.

According to the Indian Meteorological Department (IMD), there was onset of monsoon over entire Andhra Pradesh and most parts of Telangana.

Y.K. Reddy, director, IMD Hyderabad, said remaining parts of Telangana are very likely to be covered in one or two days.

He, however, said the rainfall during June was expected to be below normal.

"Overall seasonal rainfall is expected to be close to normal i.e 97 per cent of LPA (755 mm for Telangana and 912 mm for AP)," the IMD said.

Reddy also said that the delay in onset of monsoon would have no impact on quantum of rainfall for the monsoon season, as the shortage of rainfall faced in June is likely to be made up in July and August.

The onset of rainfall is declared based on realization of rainfall at more than 60 per cent places and wind speeds of 30-40 kmph.

The IMD has forecast above normal rainfall till June 27 in Telangana, Rayalaseema and coastal Andhra Pradesh.

The southwest monsoon arrived at Kerala coast on June 8 but its progress was sluggish. Cyclone Vayu, which developed in Arabian Sea, further delayed the monsoon.

The delay resulted in longer spell of heat wave conditions in both the states and drinking water shortage in some areas. The farmers also had to postpone sowing operations.

(Except for the headline, this story has not been edited by NDTV staff and is published from a syndicated feed.)
Comments
Monsoon in Andhra PradeshMonsoon