Reserving the orders, Justice S Ramathilagam sought to know why the police were biased in taking action, when they have initiated action against mediapersons and arrested them. 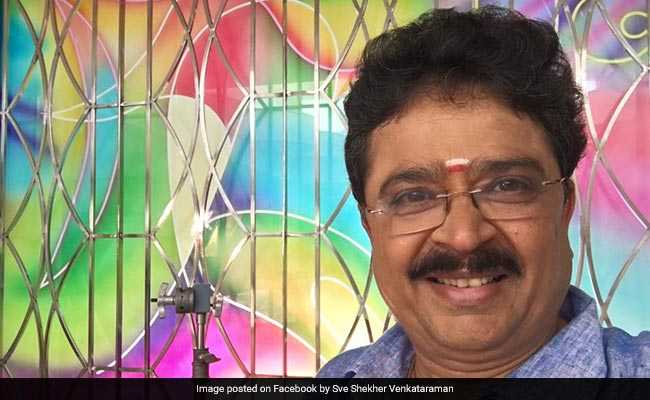 A case was registered against S Ve Shekhar for sharing a post with derogatory reference to media.

Chennai: The Madras High Court today reserved orders on the anticipatory bail petition filed by actor-politician S Ve Shekher in connection with a case registered against him for sharing a post containing alleged derogatory references to the media and women scribes.

Reserving the orders, Justice S Ramathilagam sought to know why the police were biased in taking action, when they have initiated action against mediapersons and arrested them.

"Why the different approach in the case of Shekher?" he asked.

During the hearing, the counsel for interveners, objecting to the anticipatory bail, argued that the comments posted by Shekher not only degraded any individual woman but all women.

In the recent past, both BJP leaders, H Raja and SV Shekher had been making alleged defamatory comments on social media against various political and national leaders and if any leniency was shown, it would create a bad precedent, the counsel said.

The petitioner submitted that almost all offences except instigation of violence of particular section of people is non-bailable.

Stating that his ailing 84-year-old mother has been undergoing mental agony ever since he landed in trouble, the petitioner submitted that he would abide by the orders of the court if anticipatory bail was granted.

Additional Public Prosecutor Riaz submitted that an FIR has been registered against Shekher and the case is under investigation.

Maintaining that he was not the author of the Facebook post and that it was forwarded by him after receiving it from one Thirumalai Sa, the petitioner said he was not aware of the contents of the post.

"I am in no way connected to the said message, which was simply forwarded by me without reading the contents of the message only on the bona fide impression and over-confidence," he had said.

He had said the Cyber Crime Cell of the police had registered a case against him under IPC sections, including those related to intentional insult with intent to provoke breach of peace, statements conducing to mischief, promoting enmity, hatred or ill-will and word, gesture act intended to insult the modesty of a woman.

Besides, he had also been charged under the Tamil Nadu Prohibition of Women Harassment Act.

The petitioner submitted that the case had been registered by making baseless allegations as if he had defamed the whole press fraternity, in particular outraging the modesty of women and there was no iota of truth in it.

He had said there was no intention on his part to defame or hurt anyone.

There was nothing to show that he had forwarded the alleged message with the intent to cause fear or alarm among public or induce to commit an offence against the State or against the public tranquility.

Journalists have condemned Shekher for the post, which he deleted later, and staged protests against him.

Promoted
Listen to the latest songs, only on JioSaavn.com
The 78-year-old governor had patted a woman journalist on the cheek, apparently seeking to avoid answering a question she had asked.

Mr Purohit later apologised to her.