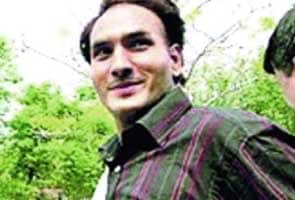 Thiruvananthapuram: Karnataka Police has arrested Devinder Singh alias "Bunty chor", who had fled the Kerala capital after allegedly lifting a luxury car and other valuables from an NRI's residence in the city.

According to police sources in Thiruvananthapuram, Devinder was arrested by Karnataka Police at Tavarkar near Bangalore on Wednesday night, on a tip off from some persons who had seen the burglar's images published by Kerala Police.

Devinder was first spotted in Krishnagiri district in Tamil Nadu but gave a slip to the police and headed in the direction of Bangalore in a taxi car after abandoning the stolen car.

Kerala Police had been in constant touch with their Karnataka and Tamil Nadu counterparts and the thief landed in the police net on account of their co-ordinated efforts, sources said.

Wanted in connection with scores of cases across the country, Devinder broke into the house of an affluent NRI in Thiruvananthapuram on January 21 and drove off in a luxury car parked outside the house.

He gained entry to the house by breaking its hi-tech security system like surveillance cameras and intruder warning alarms.

"You Are A Woman, Else We...," Lawyers Allegedly Threatened Kerala Judge