In Hyderabad, 5 Marriages Of Underage Brides And Grooms Stopped 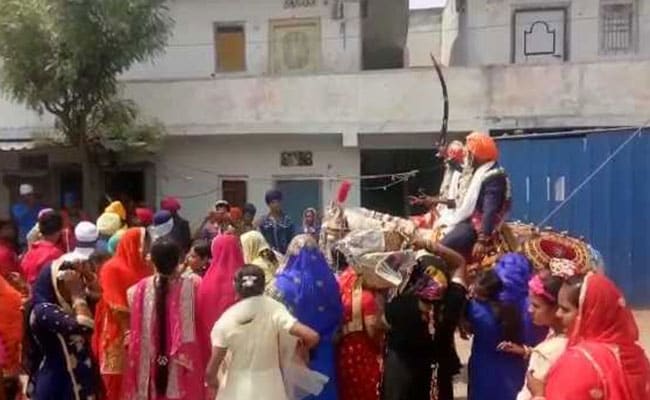 A team of police and activists stopped underage marriages in Hyderabad

Hyderabad: At least five marriages of underage brides and grooms were stopped in Hyderabad on Tuesday. A mass marriage ceremony of 14 couples was about to take place, when a police team swooped in at a gurudwara, in Jagathgirigutta near Cyberabad, and asked for the age certificates of the couples.

The wedding cards with names and photographs of the couples had been printed and the grooms were already on horseback, ready for the wedding procession, when the event was stopped by a local team of Childline and the police.

After verification, it was found that four of the would-be grooms and one bride were below the legal age required for marriage. The underage boys and girls were shifted to rehabilitation homes, while the other nine couples were allowed to marry.

The boys and girl who have been sent to the homes will now be taken for counselling sessions, the police said.

The police acted on a tip-off from child rights activist Achyutha Rao, who told NDTV that the families had even "put false age on the certificates for speedy marriage and possibly avail of the incentive under Kalyana Lakshmi scheme of the Telangana government."

Kalyana Lakshmi is a welfare scheme of the ruling KCR government in the state. Under this scheme the state gives a one-time payment of Rs 51, 000 to SC/ST girls above 18, from Below Poverty Line (BPL) families.

Promoted
Listen to the latest songs, only on JioSaavn.com
An enquiry has been initiated but no case has been filed police inspector P Srinivas told NDTV.

Two weeks ago, in another last minute rescue, a 15-year-old girl who was being forcibly married off to a physically challenged 38-year-old man was stopped in Hyderabad. The girl, a bright student who had just passed her Class 10 board exams, was promised to the man after her parents failed to pay rent to his parents for months.