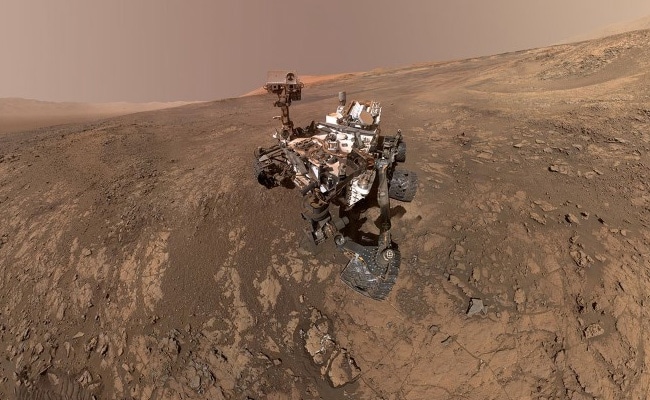 Curiosity Rover landed on Gale Crater on Mars in 2012.

The Mars Curiosity Rover celebrated its sixth landing anniversary through a tweet on Sunday.

"I touched down on #Mars six years ago," tweet from the official handle @MarsCuriosity reads.  "Celebrating my 6th landing anniversary with the traditional gift of iron... oxide. (It puts the red in Red Planet.)"

In response to Curiosity Rover's anniversary wish to itself, Twitter users expressed joy and sympathy for the lonely robot exploring the planet on its own.

One of the users Simon S. wrote: "One day we shall land on that dusty planet, give you a nice hug and then have the best birthday party of the whole system. Rest assured that when the day of your retirement finally comes we'll put you on a museum for you to be praised by all humanity for as long as we exist."

NASA landed the Curiosity Rover on the Red Planet's Gale Crater in 2012 to explore the planet and send data and pictures for the scientists back home to analyze.