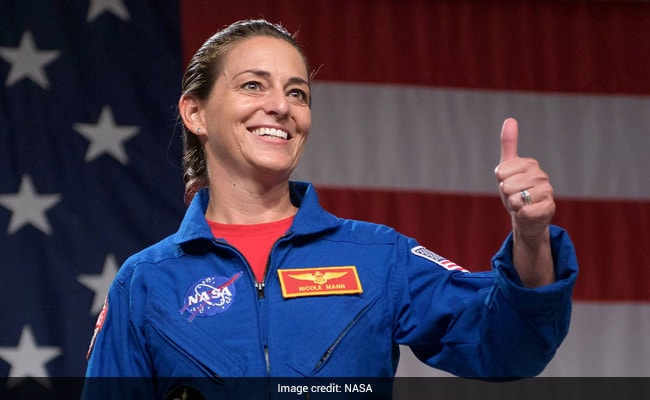 Mann is member of the Wailacki of the Round Valley Indian Tribes in Northern California.

Nicole Aunapu Mann, a NASA astronaut, has been waiting nine years for the opportunity to travel to space. If everything goes according to schedule, she will lead NASA's Crew-5 mission to the International Space Station on October 5, putting an end to that wait. With this achievement, she is set to become the first Native American woman to venture into space.

According to the National Aeronautics and Space Administration (NASA), Nicole Aunapu Mann was selected by NASA in June 2013. She is scheduled to launch to the International Space Station as commander of NASA's SpaceX Crew-5 mission aboard the SpaceX Crew Dragon spacecraft no earlier than October 3, 2022.

"She will be the first indigenous woman from NASA to go to space. She is registered with the Wailacki of the Round Valley Indian Tribes."

"She led the astronaut corps in the development of the Orion spacecraft, Space Launch System, and Exploration Ground Systems for missions to the Moon," her NASA profile said.

The launch is targeted for October 5, from Launch Complex 39A at NASA's Kennedy Space Center in Florida.

Following in the footsteps of John Herrington, the first American Indian to journey to space in 2002, Mann is now prepared to make history.

According to the BBC, in 2002, John Herrington, an enrolled member of the Chickasaw Nation, was the first Native American man to fly into space. He carried the Nation's flag and a traditional flute on his 13-day voyage.

This Designer Uses Bacteria From Her Own Body To Create Jewellery