Black Hole Image: Katie Bouman is among the brilliant team of scientists that led to the creation of the first-ever black hole image. 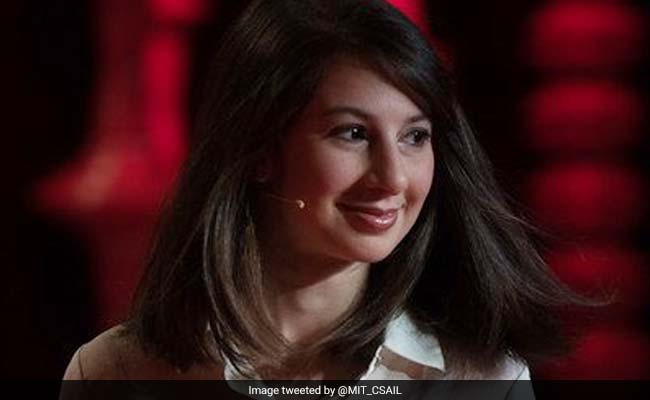 Katie Bouman, a graduate from Massachusetts Institute of Technology (MIT), has become an online star after the first-ever photo of a supermassive black hole was shared with the world yesterday. Katie Bouman is among the brilliant team of scientists that led to the creation of the black hole image. She shared her happiness on Facebook with a picture of herself and captioned it, "Watching in disbelief as the first image I ever made of a black hole was in the process of being reconstructed." The photograph got viral and was shared over 33 thousand times in 22 hours.

Katie Bouman's achievements were best described by her college which shared, "Three years ago, MIT grad student Katie Bouman led the creation of a new algorithm to produce the first-ever image of a black hole. Today, that image was released."

3 years ago MIT grad student Katie Bouman led the creation of a new algorithm to produce the first-ever image of a black hole.

Today, that image was released.

In a series of tweets, the Massachusetts Institute of Technology praised her milestone moment.

The online world too, did not shy away from congratulating and rooting for more women in the field of science.

"Congratulations to Katie Bouman to whom we owe the first photograph of a black hole ever. Not seeing her name circulate nearly enough in the press.  Amazing work. And here's to more women in science (getting their credit and being remembered in history," wrote a user.

Congratulations and thank you for your enormous contribution to the advancements of science and mankind.

"Computer scientist Katie Bouman and her awesome stack of hard drives for #EHTblackhole image data  - reminds me of Margaret Hamilton and her Apollo Guidance Computer source code," wrote another user.

The highly anticipated cosmic portrait belongs to the black hole at the center of Messier 87, the largest galaxy we know of, about 54 million light-years away.

Event Horizon Telescope, a network of 10 radio telescopes spread across the planet and functioning as if it were a single receiver, one tuned to high-frequency radio waves had released the image.

The image shows the boundary between light and dark around a black hole, called the event horizon - the point of no return, where the gravity of the black hole becomes so extreme that nothing that enters can ever escape. At the center of the black hole, time and space become so curved upon themselves that the laws of physics break down completely.