The Chandrayaan-2 satellite weighs about 3.8 tons and carries a suite of 14 scientific experiments.

ISRO's Chandrayaan 2 mission will take off from Sriharikota using the GSLV rocket next week.

The first images of Chandrayaan-2 satellite, Indian's ambitious moonshot, are out. The mission to the moon is getting ready for lift off on July 15 from Sriharikota using the country's most powerful rocket Geosynchronous Satellite Launch Vehicle (GSLV) Mark 3. The Rs 1,000-crore mission will carry an orbiter, a lander called Vikram and moon rover called Pragyaan. The mission hopes to soft land on the moon surface in the first week of September. The 27-kilogram six-wheeled rover will explore the South Pole of the moon. This is a robotic mission and will carry no human beings to the moon surface.

The lander sits atop the orbiter and is referred as a composite body. It is wrapped in a golden film for protecting it from the extreme temperatures the spacecraft will encounter in its lifetime of one year. The rover is safely tucked inside the lander and it will come down very gently using a ramp and reach the lunar surface. The spacecraft is fully integrated and placed atop the launch vehicle and very soon the rocket will be rolled out onto the Launchpad, the Indian Space Research Organisation or ISRO has confirmed. 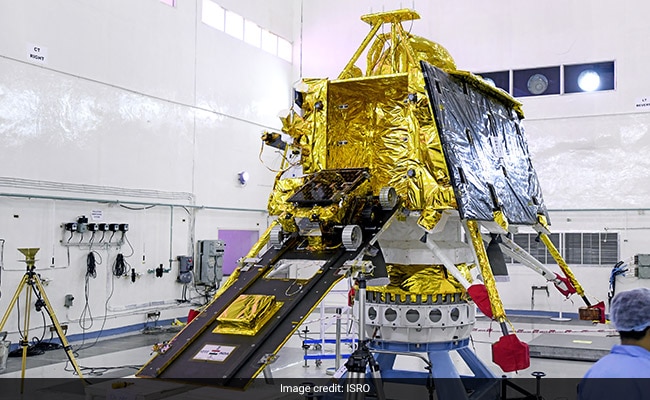 The Pragyaan rover on the Chandrayaan 2 lander's ramp.

The Chandrayaan-2 satellite that has been made in India weighs about 3.8 tons and carries a suite of 14 scientific experiments. The orbiter will image the moon surface and map the minerals on the moon, the lander which weighs 1,471 kilograms will measure the presence of moon-quakes and the temperature of the moon's surface. The 27 kilogram Pragyaan rover is equipped with cameras and instruments to analyse the lunar soil. 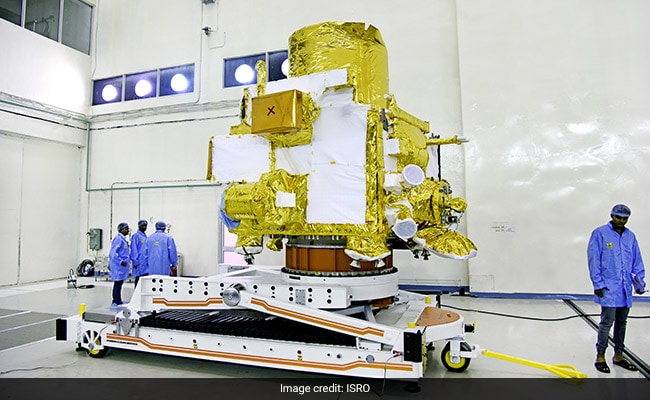 "Soft landing on the moon would be the most terrifying aspect of the mission as India has never attempted soft landing on another heavenly body," ISRO Chairman Dr K Sivan told NDTV. The life of the rover is expected to be about 14 Earth days and it will travel not more than half a kilometre on the moon's surface.

If India succeeds in soft landing on the moon, it will become the fourth country to do so after the US, Russia and China. Earlier this year Israel failed in its maiden attempt to soft land on the moon through Beresheet spacecraft, which crashed after reaching very close to the moon surface. The Geosynchronous Satellite Launch Vehicle Mark 3, referred to as the "Baahubali" rocket, weighs nearly 640 tonnes and stands 44 meters tall. It is expected to loft the Chandrayaan-2 satellite on its long 3.84 lakh kilometre moon journey at 2:51 am on July 15.

Dr Sivan said "India is going where no country has ever gone before, very close to South Pole of the moon on the near side and this prestigious national mission should unveil many secrets of the moon."