A successful launch would pave the way for mass production of the satellites, which have so far been one-offs. 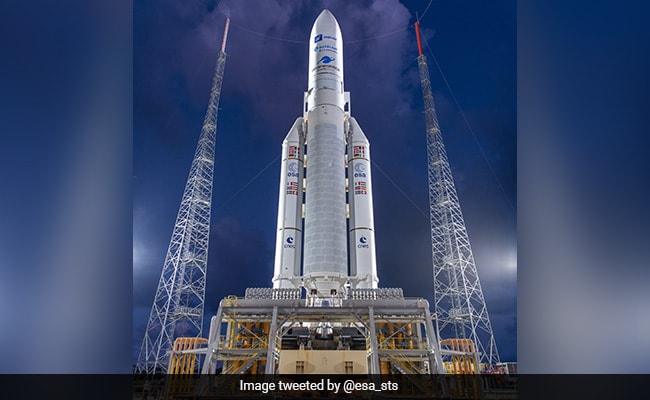 The Quantum will cover a large geographical area from West Africa to Asia for 15 years.

The European Space Agency will on Friday launch the world's first commercial fully re-programmable satellite, paving the way for a new era of more flexible communications.

Unlike conventional models that are designed and "hard-wired" on Earth and cannot be repurposed once in orbit, the Eutelsat Quantum is based on so-called software-defined technology that allows users to tailor the communications to their needs -- almost in real-time.

"When a satellite is launched, demand and markets can change over time," Elodie Viau, the agency's telecommunications and applications director, told AFP recently.

"A satellite that is not 'fixed' and can adapt to customers gives us better prospects."

A successful launch would pave the way for mass production of the satellites, which have so far been one-offs.

The Quantum will be part of the payload for an Ariane 5 rocket due to launch from the Guiana Space Centre in Latin America between 21:00 and 22:30 GMT on Friday.

In addition to the Quantum, to be operated by Paris-based Eutelsat, the rocket will also deploy a conventional satellite for Brazil's Embratel.

Because it can be reprogrammed while orbiting in a fixed position 35,000 kilometres (22,000 miles) above the Earth, the Quantum can respond to changing demands for data transmission and secure communications during its 15-year lifetime, ESA said.

The 3.5 tonne Quantum model has eight communications beams, each of which can be modified to change its area of coverage and also the power of the telecommunications signal it emits.

Using software made available to the customer, these changes can be made "in a matter of minutes", according to Eutelsat.

This means the satellite can be used to provide mobile coverage for moving objects such as aircraft or oceangoing vessels, or to provide coverage after a natural disaster or for one-off events.

And at a time of growing concern over digital security -- as well as the possible weaponising of space -- Quantum is able to pinpoint the origin of signals "emitted with or without malicious intent" and take action to remedy the interference, Viau said at a press briefing on Thursday.

The Quantum will cover a large geographical area from West Africa to Asia for 15 years.

Influenza Vaccine May Protect Against Severe Effects Of COVID-19: Study