A Mysterious Human Ancestor Gets A Face And A Body

Denisovans split from our ancestors some 700,000 years ago, but when modern humans and Denisovans encountered each other hundreds of thousands of years later, they mated. 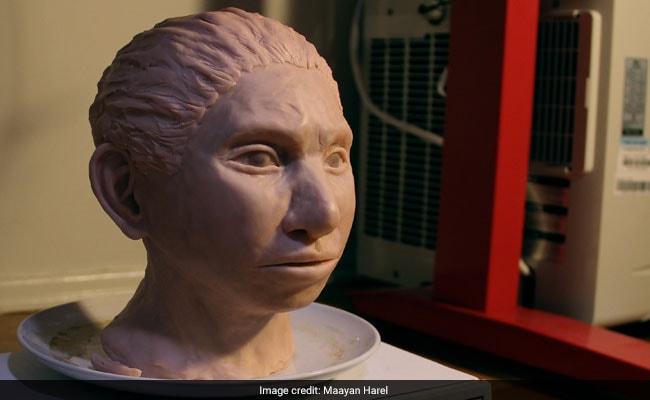 No one has locked eyes with a Denisovan for tens of thousands of years. These mysterious humans left behind few bones, unlike their close Neanderthal relatives, on their way to extinction. All the remains confirmed to be Denisovan - part of a pinkie finger, half a jawbone, some teeth - could rest comfortably in a shoe box.

Despite their dearth of physical remains, the Denisovans left an indelible mark on our own species' evolution. Denisovans split from our ancestors some 700,000 years ago, but when modern humans and Denisovans encountered each other hundreds of thousands of years later, they mated; Denisovan DNA exists in human populations today. Some of their genes, recent research indicates, can give modern humans an immune system boost.

Now team of scientists in Israel and Spain, without a skeleton to work from, are attempting to re-create Denisovan anatomy from DNA. The scientists, led by geneticists David Gokhman and Liran Carmel at the Hebrew University of Jerusalem, have estimated what the extinct humans' physical attributes should be, based on how their ancient genes might have functioned. The result, as they report in a study published Thursday in the journal Cell, is an approximate Denisovan skeleton, which boasted a large rib cage, low forehead and wide pelvis.

The reconstructed Denisovan skull is broader than a modern human's, as though stretched gently apart at the cheekbones. Science illustrator Maayan Harel, working with the scientists to interpret the study, used the skeletal approximation to sculpt a female Denisovan head.

Harel also painted a face. The illustration required some artistic freedom to produce "a face with the skin and eyes and this special gaze," Carmel said. But it is "as accurate as we as we possibly could do," he said.

Other research teams previously recovered DNA sequences from Denisovan and Neanderthal bones. Carmel and his colleagues looked for what's called DNA methylation within those sequences.

DNA strands are built out of four basic building blocks, labeled A, C, G and T. The C type of DNA base can be tweaked with the addition of a methyl residue, which sticks to DNA like a parking boot on a wheel. Methylation alters a gene's activity, often by turning it off.

Gene activity, not a raw DNA sequence, makes an organism what it is. "You can think about the frog and the tadpole: It's the same DNA, it's identical DNA, and yet they are two completely different creatures. One has gills. The other has lungs. One has legs. The other has a tail, and so on," Carmel said. "And all these differences are not because of differences in the DNA sequence, but these are differences in gene activity patterns."

The methyl molecule remains attached to DNA long after an animal has died, giving Carmel's team a proxy for gene activity that took place 100,000 years ago. They studied methylation patterns in three human groups: from a single Denisovan, two Neanderthals and dozens of Homo sapiens, including five who lived thousands of years ago. The researchers also compared these methylation maps to chimpanzees'. 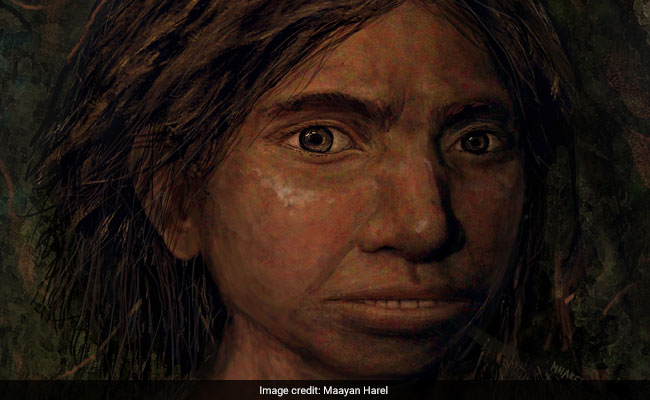 the Denisovans left an indelible mark on our own species' evolution

They used DNA methylation patterns to predict how a skeletal attribute diverged from ours - whether a relative's bone was wider, narrower, bigger or smaller than the bone in a human body. "There is a lot of information in DNA methylation," Carmel said.

This method predicted known chimp and Neanderthal skeletal features with about 85 percent accuracy, Carmel said. Carmel and his colleagues identified 56 Denisovan traits that were well outside the range of modern humans or Neanderthals. Thirty-four of those traits describe anatomical features in the skull.

"Some of the traits match the preserved morphology," meaning the predictions square with the Denisovan bones, said Shara Bailey, an anthropologist at New York University who was unaffiliated with this research. But "others don't, which is to be expected given the 15 percent error rate, and the fact that the Denisovan DNA comes from a single individual."

Research like this could help identify more Denisovan samples. Ancient skull parts found in eastern China, which scientists have struggled to assign to a species, could belong to the Denisovans, Carmel said. It's not proof, but the skulls' shapes matches the predicted Denisovan anatomy. Bailey agreed these skulls possibly were Denisovan.

In May, while Carmel's anatomical study was in review, Bailey and her colleagues published a report describing half of a lower Densiovan jawbone. "We were just, you know, in a frenzy to try to see how it matches our predictions," Carmel said. "It matches very nicely."

University of Wisconsin anthropologist John Hawks, who was not involved with this research, endorsed this group's investigation of ancient DNA methylation and called them pioneers of the technique. "It's a line of investigation that I want to see people pursue," he said.

But he was "not yet willing to accept they can predict what the Denisovans looked like," Hawks said. No formula exists to describe the shape of modern human bones or bodies from genes, he pointed out.

"There is a real potential for deciding the methylation was right, no matter what the bones looked like," Hawks said. If the methylation pattern suggested Neanderthals grew big pelvises - which the study does - the large flare in their upper hips could allow you to conclude the pattern is correct. But, conversely, if the methylation data suggested Neanderthals grew small pelvises, you could consider their lower pelvic bones, which are skinnier than humans'. Then you might also agree with the genetic data. Either way, Hawks said, "you've confirmed your own hypothesis, and not really tested it."

Carmel said the predictions are accurate but cannot give precise measurements. "We can say, for example, they have longer fingers. But we cannot say they had one-millimeter-longer fingers," he said. "We just say to which direction they are different from us."

(This story has not been edited by NDTV staff and is auto-generated from a syndicated feed.)
Comments
Denisovanshuman ancestorAnthropology

Dry Shampoo Can Left In Car Blasts Hole Through The Roof