Half A Billion Bees Dropped Dead. A Message For Humans, Say Scientists

Around half a billion bees died in four of Brazil's southern states in the year's first months. 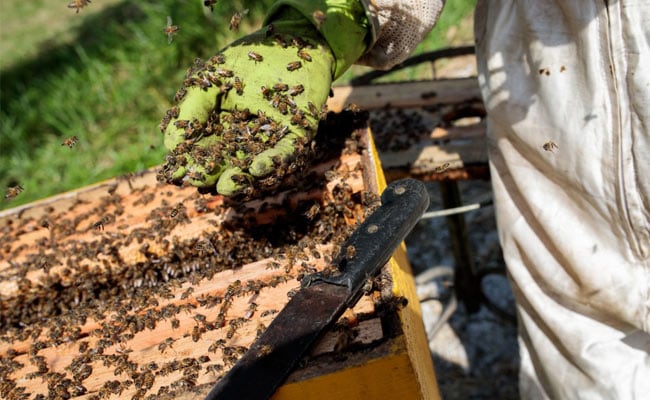 European honey bees at a beehive in Sao Roque, Brazil in July.

"As soon as the healthy bees began clearing the dying bees out of the hives, they became contaminated," said Machado, vice president of Brazil's Rio Grande do Sul beekeeping association. "They started dying en masse."

Around half a billion bees died in four of Brazil's southern states in the year's first months. The die-off highlighted questions about the ocean of pesticides used in the country's agriculture and whether chemicals are washing through the human food supply - even as the government considers permitting more. Most dead bees showed traces of Fipronil, a insecticide proscribed in the European Union and classified as a possible human carcinogen by the US Environmental Protection Agency.

Since President Jair Bolsonaro took office in January, Brazil has permitted sales of a record 290 pesticides, up 27% over the same period last year, and a bill in Congress would relax standards even further. Manufacturers of newly permitted substances include Brazilian companies such as Cropchem and Ouro Fino, as well as global players including Arysta Lifescience, Nufarm and Adama Agricultural Solutions. Giants such as Syngenta, Monsanto, BASF and Sumitomo also won new registrations. 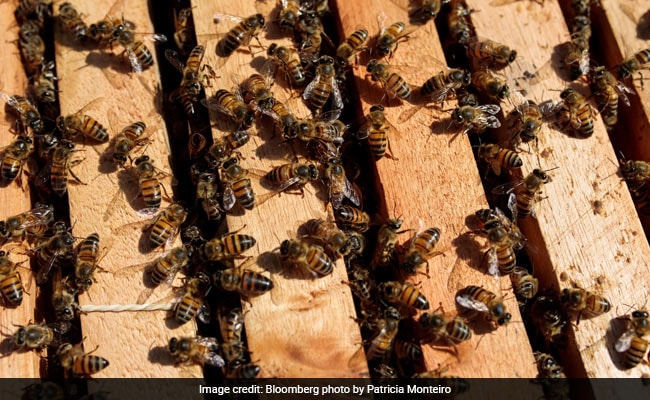 The fertile nation is awash in chemicals. Brazil's pesticide use increased 770% from 1990 to 2016, according to the Food and Agriculture Organization of the United Nations. The Agriculture Ministry says that Brazil ranks 44th in the world in the use of pesticides per hectare and that, as a tropical country, it is "incorrect" to compare its practices with those of temperate regions.

Still, in its latest food-safety report, Brazil's health watchdog Anvisa found that 20% of samples contained pesticide residues above permitted levels or contained unauthorized pesticides. It didn't even test for glyphosate, Brazil's best-selling pesticide, which is banned in most countries.

The silent hives, critics say, are a warning.

"The death of all these bees is a sign that we're being poisoned," said Carlos Alberto Bastos, president of the Apiculturist Association of Brazil's Federal District.

Agriculture is the biggest contributor to Brazil's growth, composing around 18% of the economy. Its power - from pop culture to politics - is unmatched. Major producers sponsor samba groups, as well as a nationwide "little Ag" school program and arguably, the most influential grouping in congress.

Like US President Donald Trump, Bolsonaro was elected with strong support from agribusiness and has expressed disdain for environmental concerns. "This is your government," Bolsonaro promised lawmakers from the agriculture caucus, and his administration has allowed the industry wide leeway to use whatever chemicals it likes.

About 40% of Brazil's pesticides are "highly or extreme highly toxic," according to Greenpeace, and 32% aren't allowed in the European Union. Meanwhile, approvals are being expedited without the government hiring enough people to evaluate them, said Marina Lacorte, a coordinator at Greenpeace Brazil.

"There isn't another explanation for it, other than politics." she said.

Easing pesticide approvals was a campaign commitment for Bolsonaro. The agriculture sector has complained for years about slowness.

Roughly half of the approvals are ingredients, not final products, said Andreza Martinez, manager for regulation at Sindiveg, a group representing pesticide producers. Varying chemicals is important as pests develop resistance to formulas, she said.

"It brings more tools to farmers, but that doesn't mean an increase in the use of products in the field," she said.

The variety, however, alarms toxicologists. "The higher the number of products, the lower our chances of safety, because you can't control them all," said Silvia Cazenave, a professor of toxicology at the Catholic Pontifical University of Campinas.

Brazil's health ministry reported 15,018 cases of agricultural pesticide poisoning in 2018, but acknowledged that this is likely an underestimate.

One victim was Andresa Batista, a 30-year-old mother of three. In March 2018, she went to work picking soybeans on one of the plantations on the plains surrounding the capital, Brasilia. Soon, she started feeling dizzy and nauseated - and then she passed out.

More than 40 farmhands fell ill that day, according to Batista, so many that they were divided into three groups and taken to different hospitals. The first medical team to attend Batista also became unwell, prompting the hospital to destroy her clothes, including her underwear. Still, Batista and most of the others were cleared to work again two days later. Almost as soon as they started, they collapsed.

Over a year later, Batista still can't work. She has difficulty eating without vomiting, can't go to the toilet without medicine, can't go in the sun without her skin swelling and she's lost around 30% of her vision. Doctors can't give her a prognosis due to uncertainty about the type of pesticide that poisoned her.

"That day, our lives ended," she said. "We're not the same people we were before."

Court documents show that Dupont do Brasil, the company that managed the field, agreed to pay damages of 50,000 reais ($13,000) to one of Batista's coworkers that day. Batista said the company paid her 40,000 reais in an out-of-court settlement. Dupont's press office said it could not comment on the case due to legal restrictions.

The government said all case of poisoning must be investigated and that it would introduce a decree to strengthen the oversight and training process for pesticide handling.

Despite such stories, Congress may accelerate approvals yet further, rebranding pesticides as "agricultural defenses" and substituting the requirement to identify potential harm with a simple risk analysis.

Brazil's National Cancer Institute argued the measure would allow pesticides with "carcinogenic characteristics, endangering the population." But Alceu Moreira, head of the lower house's agriculture caucus, is certain it will become law.

"There's this need to create this international narrative that harms the image of Brazilian agriculture, as if we were using excessive levels of pesticides," he said. "We're not."

Brazilians may disagree. Carrefour Brasil, a supermarket chain, plans to increase its offering of organic products by 85% in 2019. Tatiana Carvalho, a 31-year old who runs a small organic delivery service in Brasilia, says sales have increased constantly since she started four years ago, despite the country's sharp recession.

She attributes her success to two things: Greater consumer awareness and the government's decision to authorize ever more pesticides.