Vogue India celebrated its 10th anniversary on Sunday night by hosting the Women Of The Year Awards. 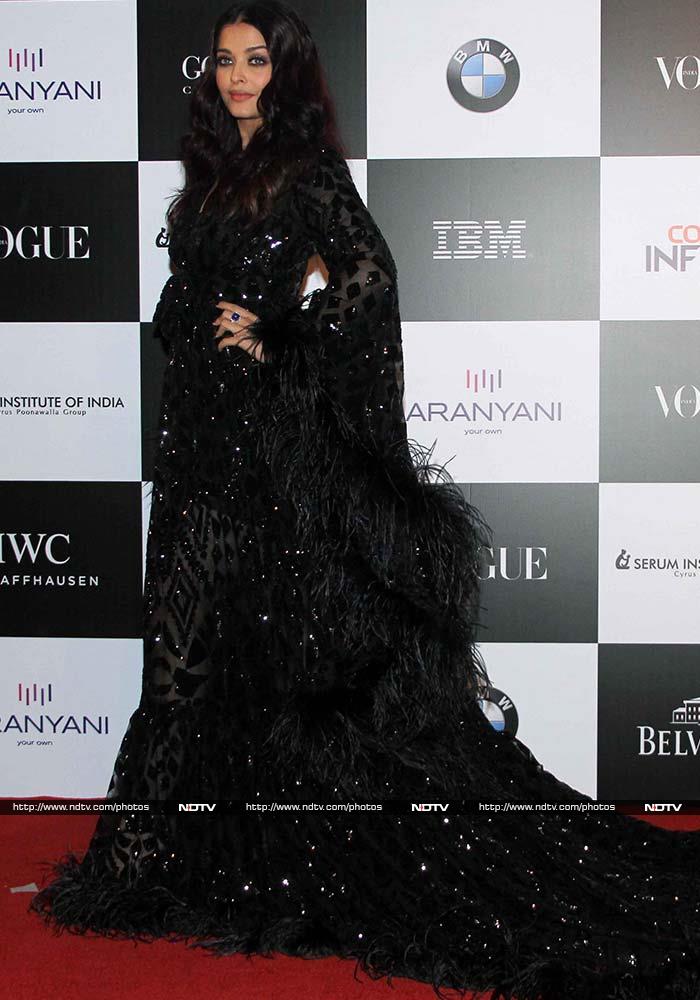 Aishwarya Rai Bachchan looked stunning in an embellished black gown by Faiz Zariwala. The 43-year-old won the trophy for Vogue Influencer Of The Decade. 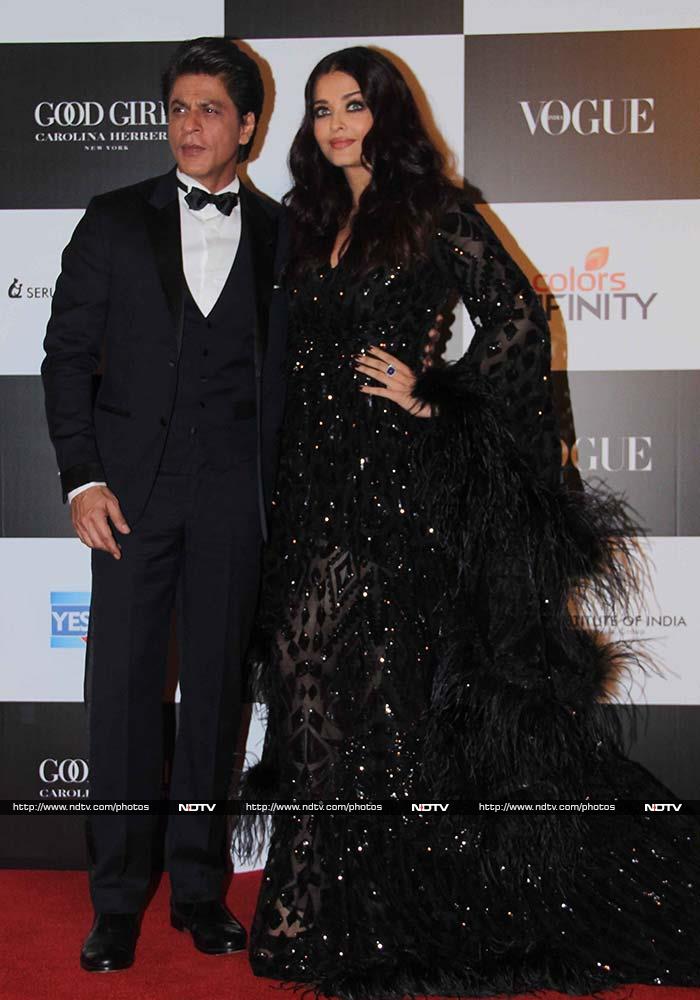 Aishwarya Rai Bachchan posed for the cameras along with her Devdas co-star Shah Rukh Khan. 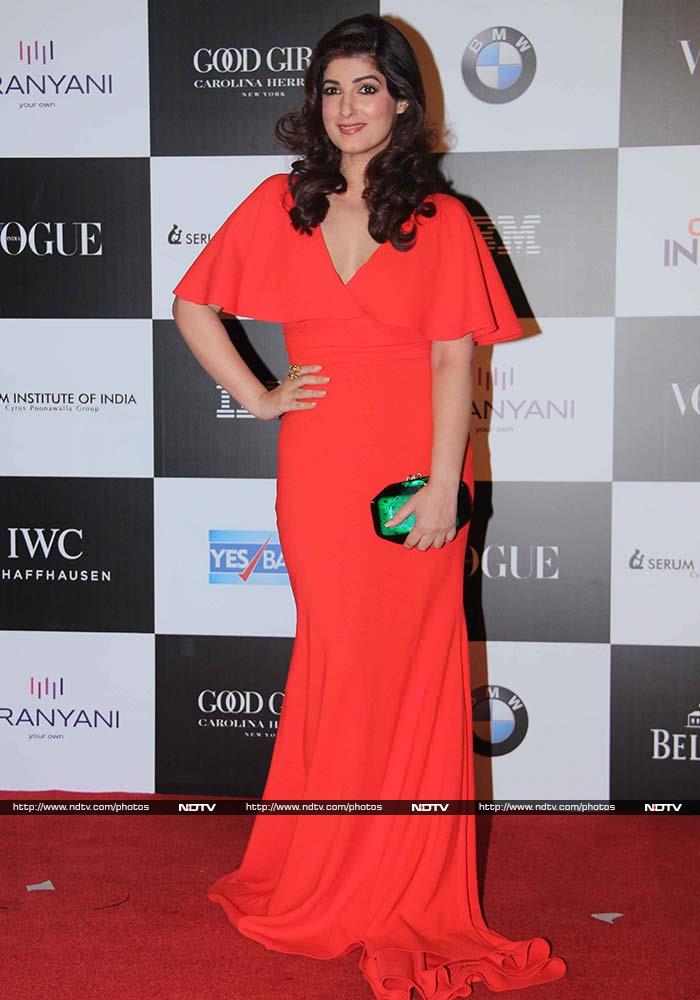 Actress-turned-author Twinkle Khanna wore a red gown by Gauri and Nainika. She won the Vogue Opinion Maker of the Year. 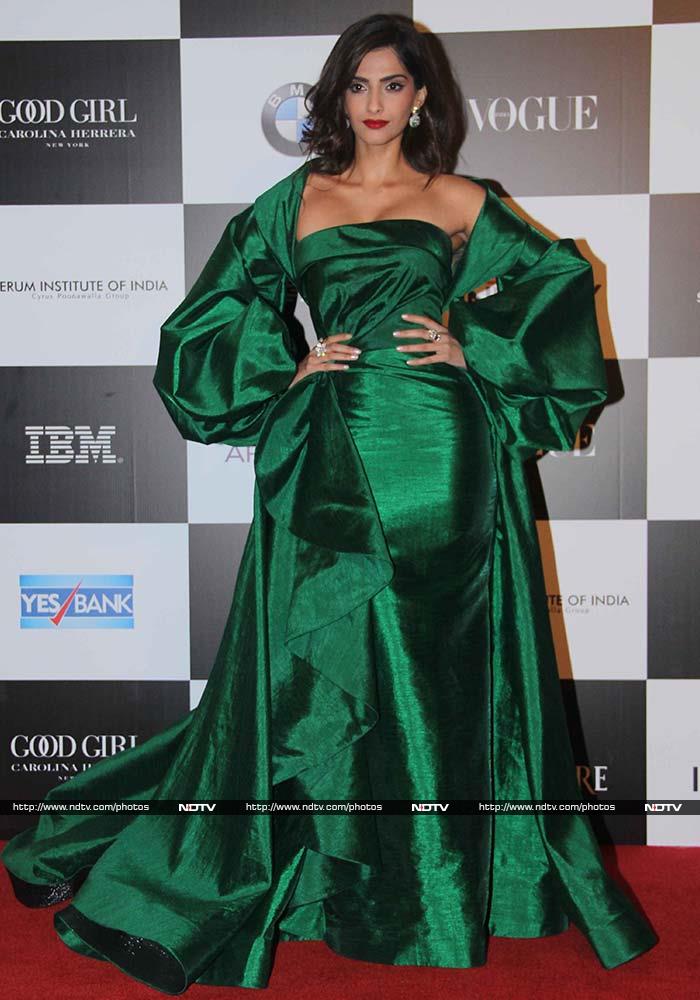 Sonam Kapoor looked gorgeous in an emerald green gown by Fouad Sarkis Couture. The Neerja actress received the Vogue and IWC Fashion Icon Of The Year award from her father Anil Kapoor. Anushka Sharma wore an embellished gown by Falguni Shane Peacock India. The 29-year-old actress was honoured with the Vogue and BMW Game Changer of The Year Award. 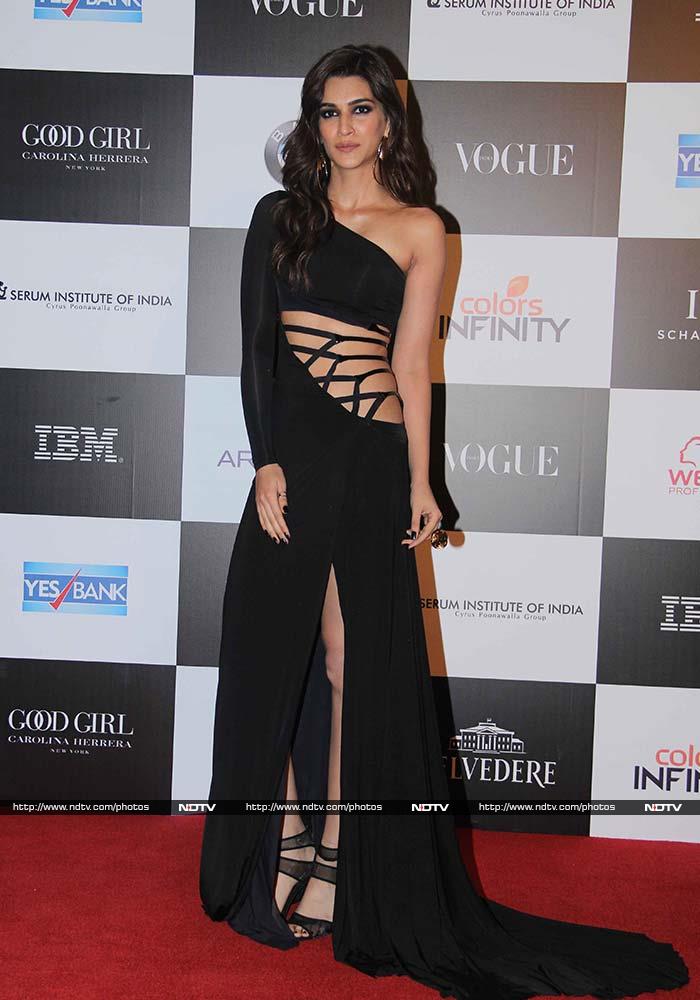 Kriti Sanon, who is enjoying the success of her film Bareilly Ki Barfi, wore an all-black outfit by designers Shivan and Narresh. 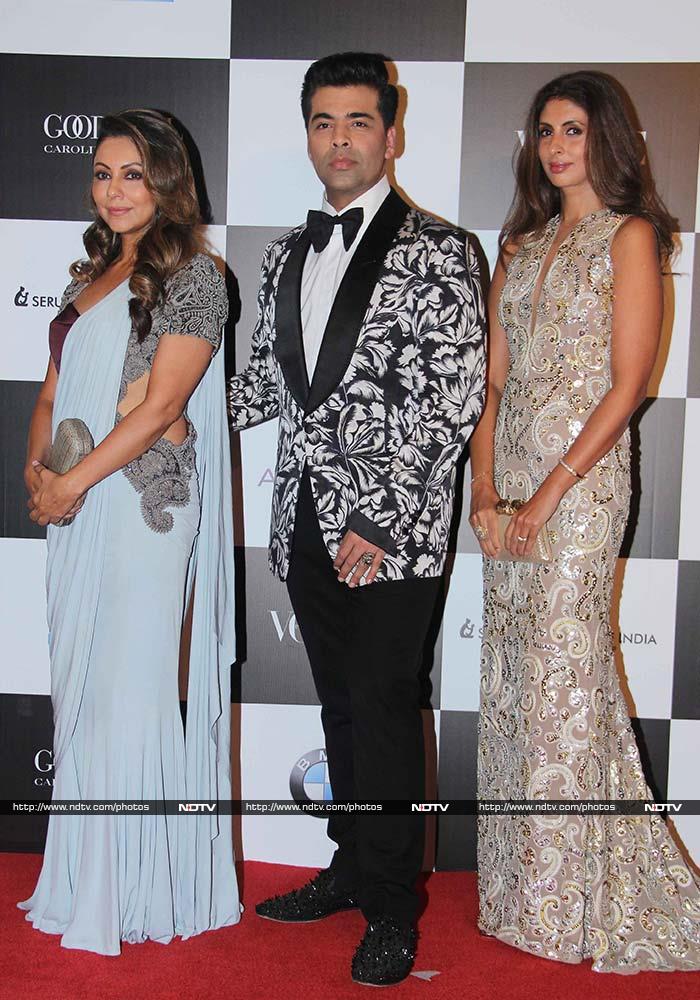 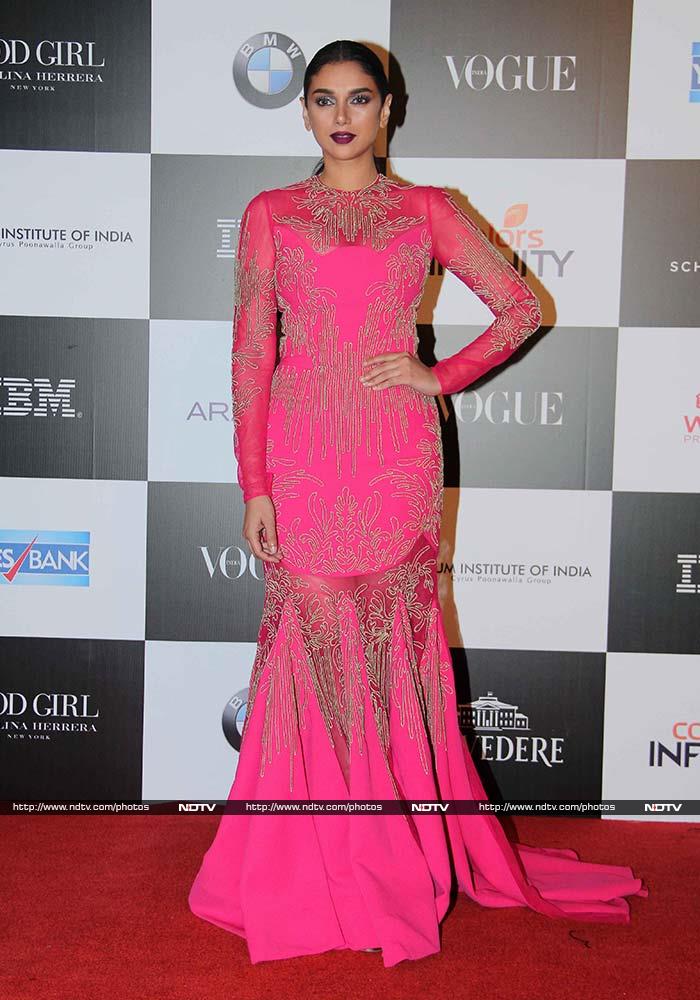 Aditi Rao Hydari, whose latest film Bhoomi has failed to impress the audience, was seen dressed in a pink outfit from Basil Soda. Athiya Shetty wore a red floral outfit by Sachin and Babi. The actress posed for the cameras. 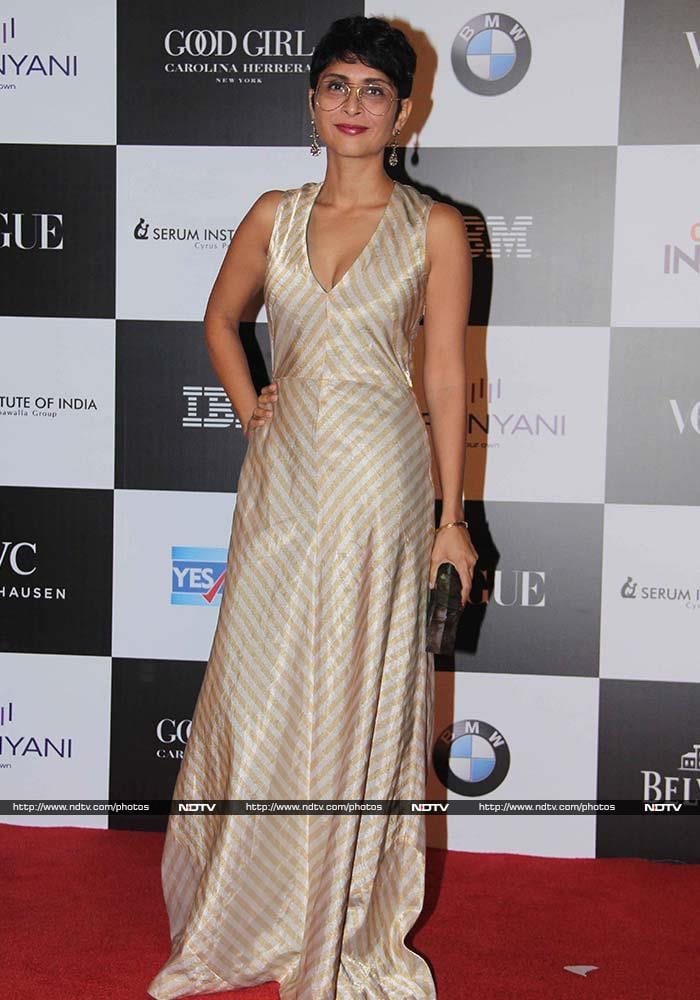 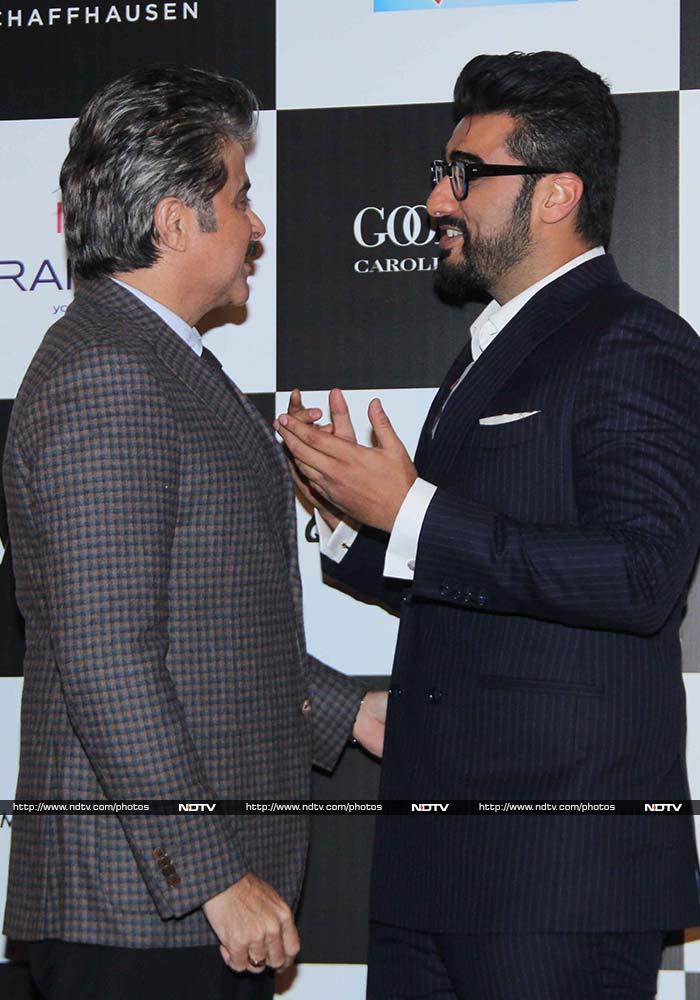 Anil Kapoor and Arjun Kapoor were caught in a candid moment. 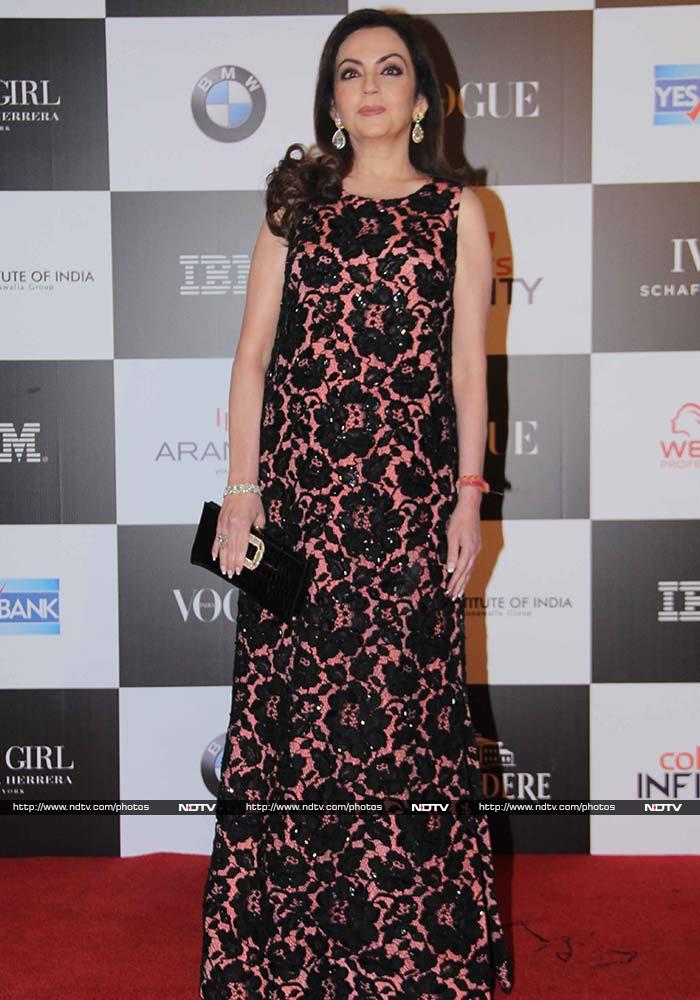 Nita Ambani was dressed in pink and black floral outfit. 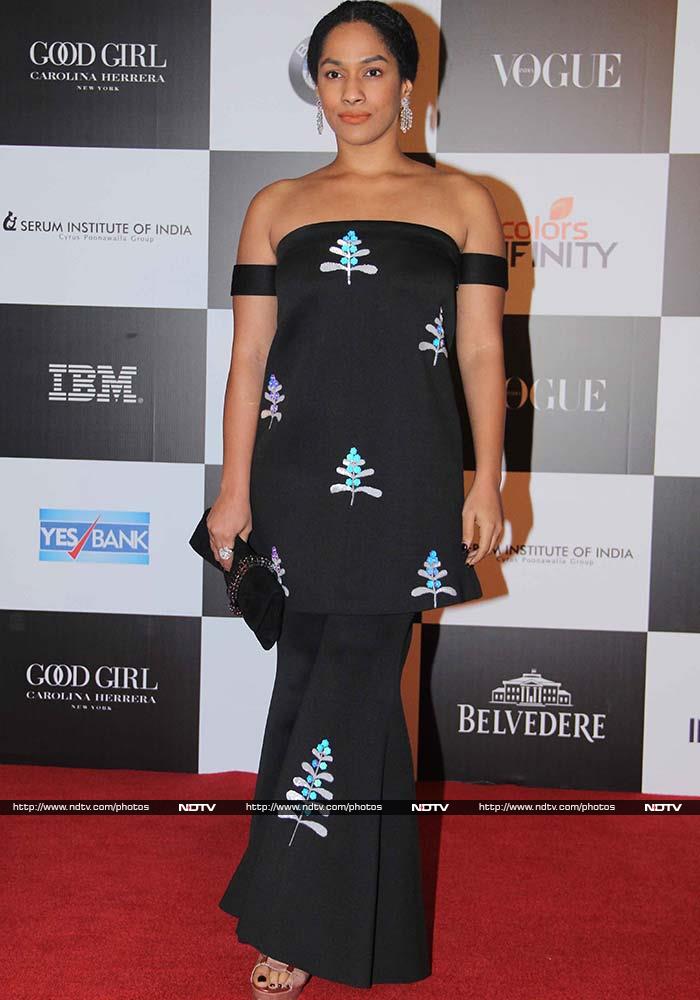 Fashion designer Masaba Gupta was dressed in a black outfit. 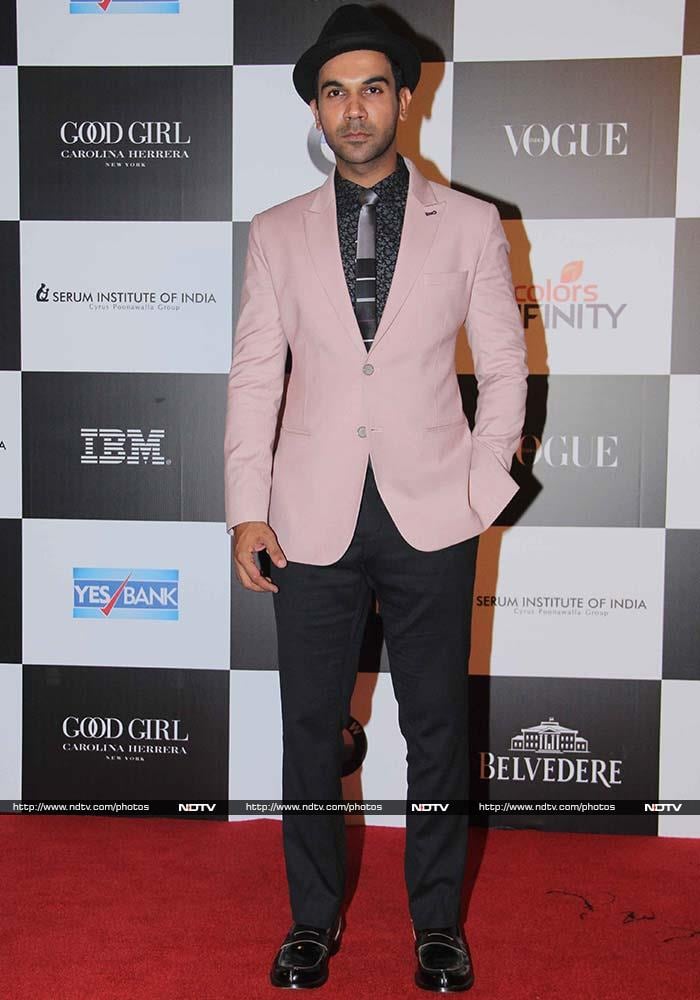 Rajkummar Rao, whose latest film Newton is India's official entry to the Oscars, was also photographed at the event. The actor looked dapper in a suit by TISA. 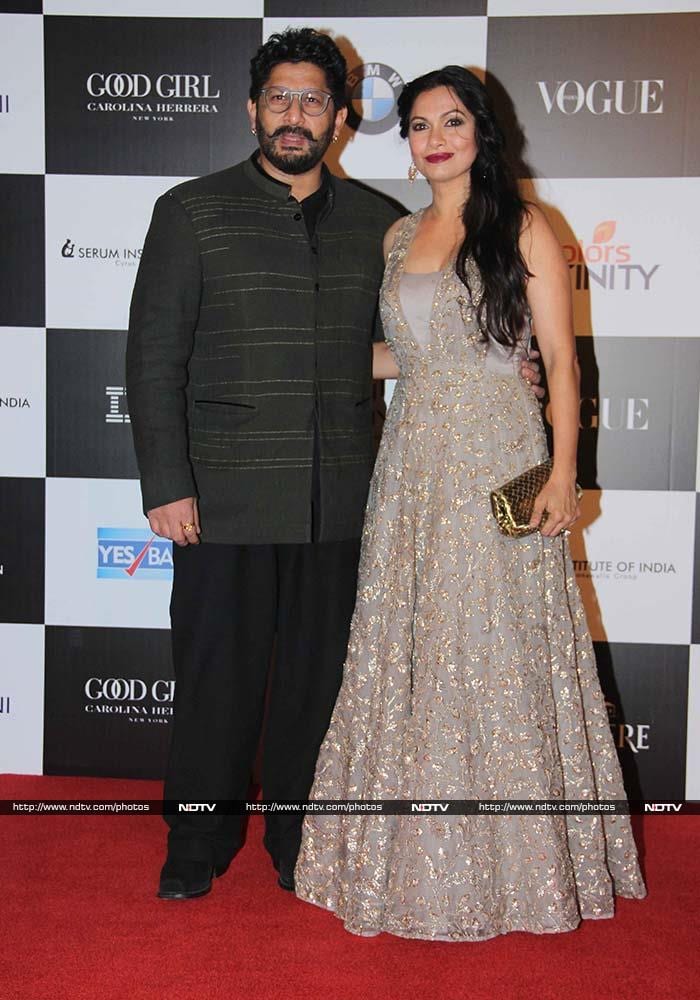 Arshad Warsi was accompanied by her wife Maria Goretti. 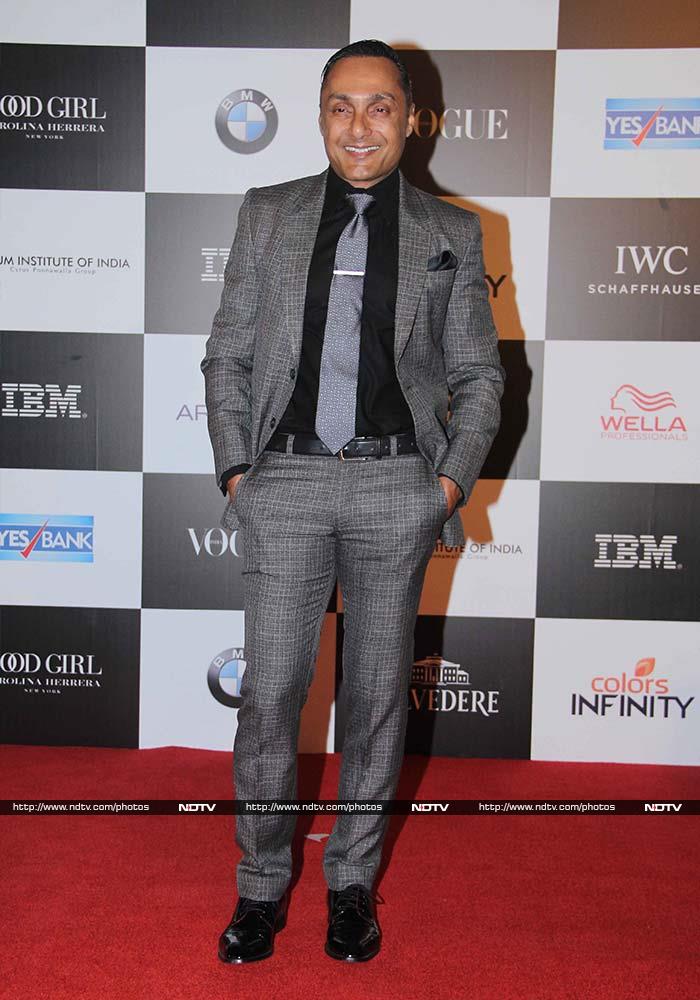 Rahul Bose, who was last seen in Poorna: Courage Has No Limit, posed for the cameras. 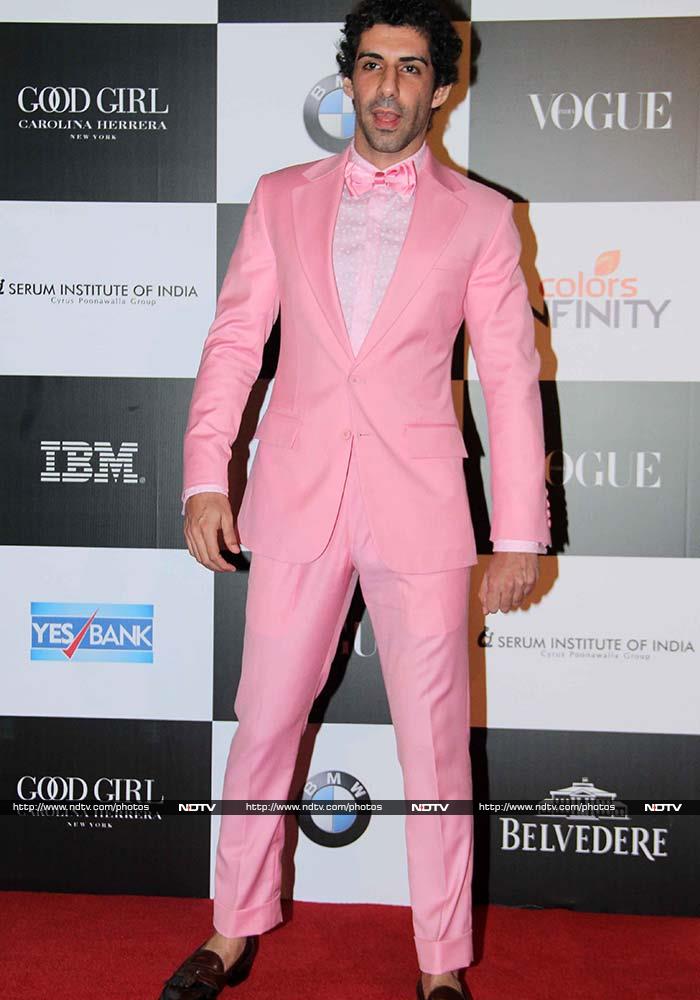 Jim Sarbh, who plays a pivotal role in Sanjay Leela Bhansali's Padmavati, was dressed in a pink suit by Khanijo.