Popular Kannada actor Vishnuvardhan born on September 18, 1950 dies on 30 Decemeber 2009. We take a look at his life. 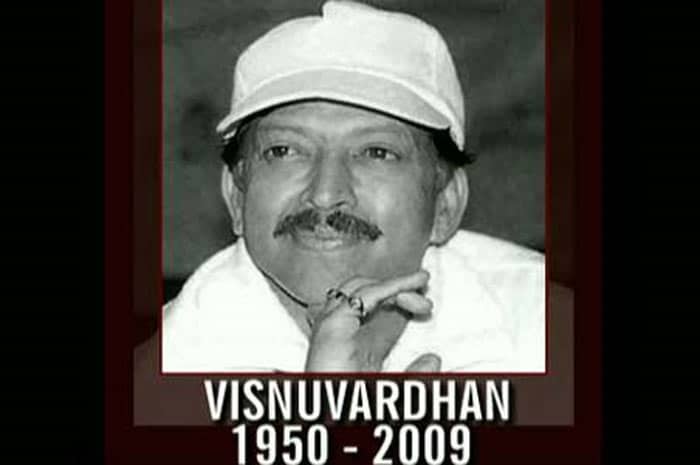 On the first death anniversary of popular Kannada actor Vishnuvardhan, wetake a look at his life. 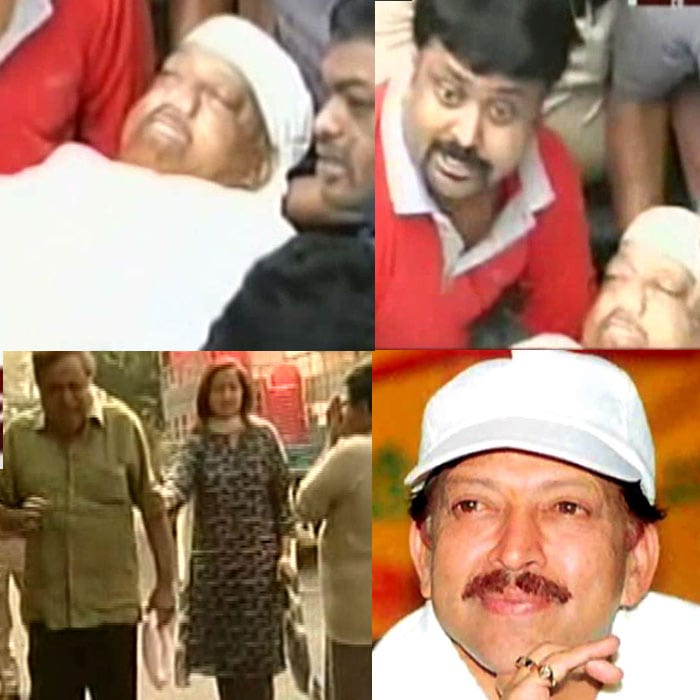 The legendary actor's sudden death on December 30, 2009, due to a massive cardiac arrest, was considered to be a huge loss to the people of Karnataka. 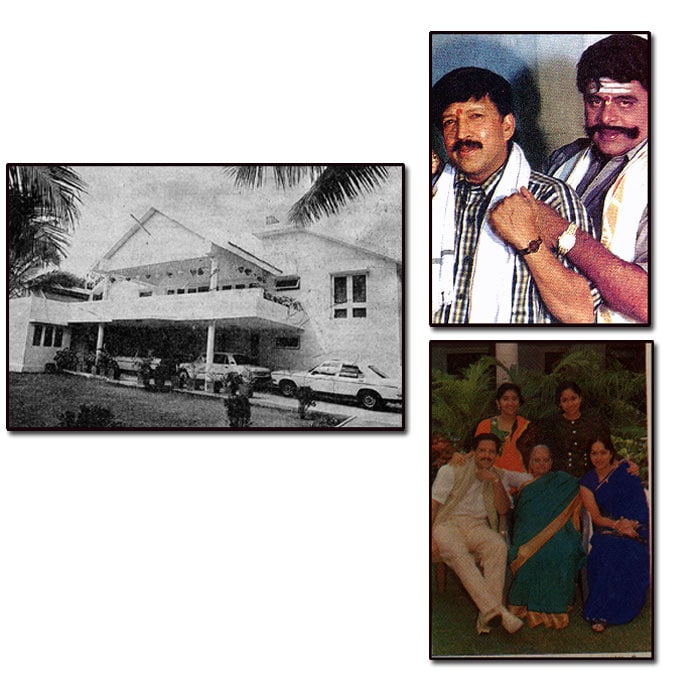 He was popularly regarded as one of the most versatile, talented, stylish and popular actors in the Kannada film industry. His role in romantic, action, emotional, music, comedy or family dramas have been widely popular.(Text: Wikipedia) 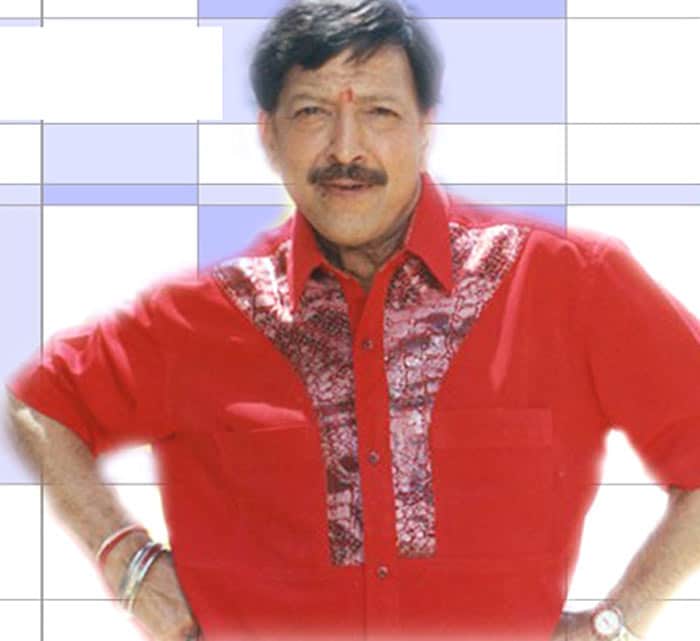 Born Sampath Kumar, he adopted the name Vishnuvardhan at the instance of Puttanna Kanagal who directed his maiden film Nagarahavu.(Text: Wikipedia) 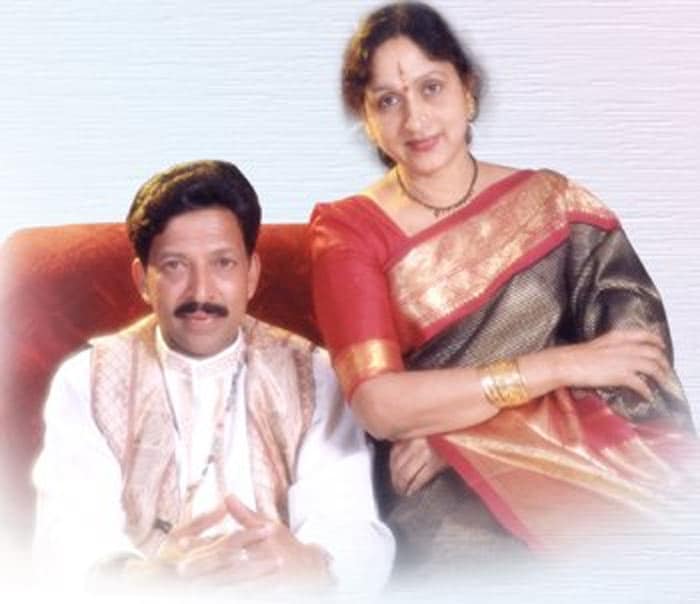 Vishnuvardhan got married to Kannada actress Bharati on 27 February 1975 at Kuchalamba Kalyana Mantapa in Bangalore. He has two adopted daughters, Keerthi and Chandana. Keerthi is married to Anirudh, an upcoming actor in the Kannada Film industry. Vishnuvardhan has one elder brother and four sisters. He was a great actor.

His father was an artist and script writer for movies. His family made a living in Mysore's Chamundipura. In those days, his father was well known for his collection of Musical instruments and taught dancing. In fact, one of Vishnu's sister, Ramaramachandra was a Kathak dancer, who was praised by the then King of Mysore, Late Sri Jayachamarajendra Wodeyar. 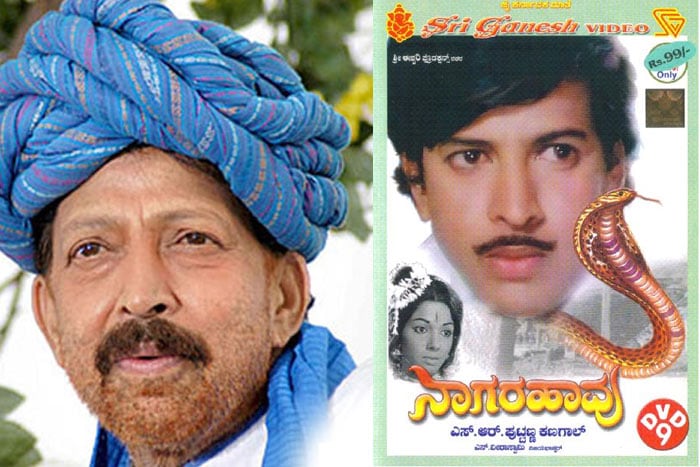 He started his career with the National Award winning movie Vamshavruksha directed by Girish Karnad but Nagarahaavu directed by Puttanna Kanagal, in which he played lead role for the first time, made him an overnight star.(Text: Wikipedia) 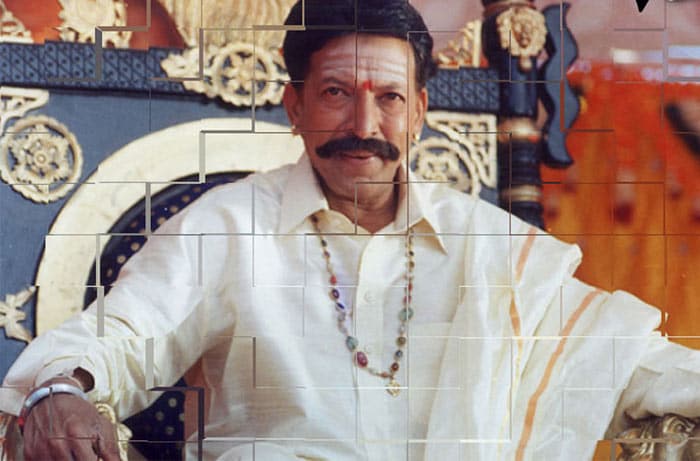 Three and half decades of career and a variety of popular roles in more than 195 films speak high about his calibre as an actor.(Text: Wikipedia) 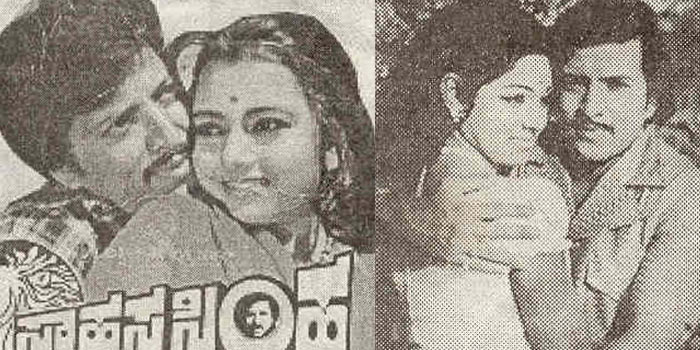 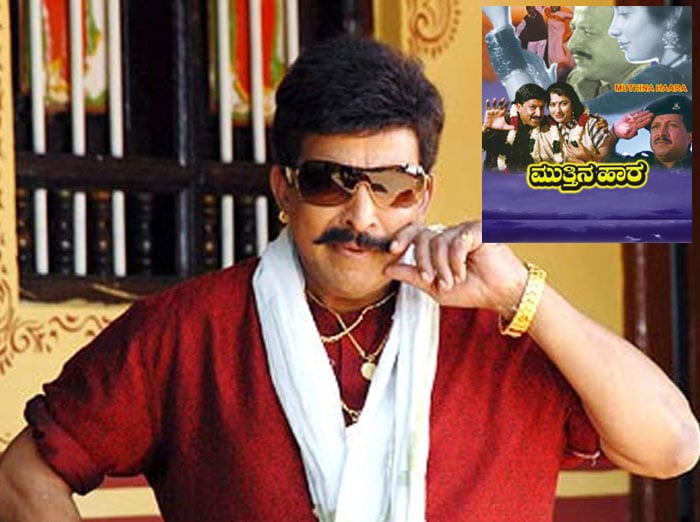 While shooting for Muthina Haara movie, Vishnu performed a dangerous parachute dive without a dupe and missed death by a whisker. (Text: Wikipedia) 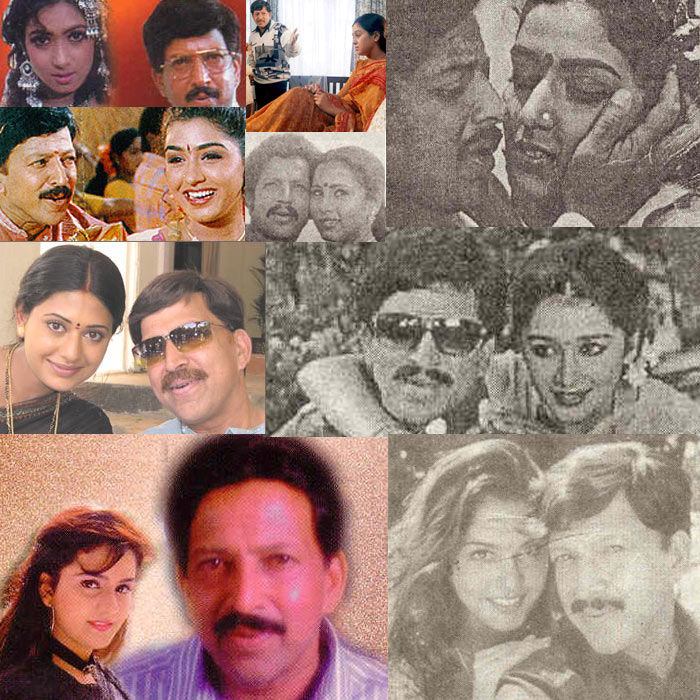 He ventured into parallel cinema and acted in movies like Harakeya Kuri (based on Dr Chandrashekar Kambar's novel with same title). (Text: Wikipedia) 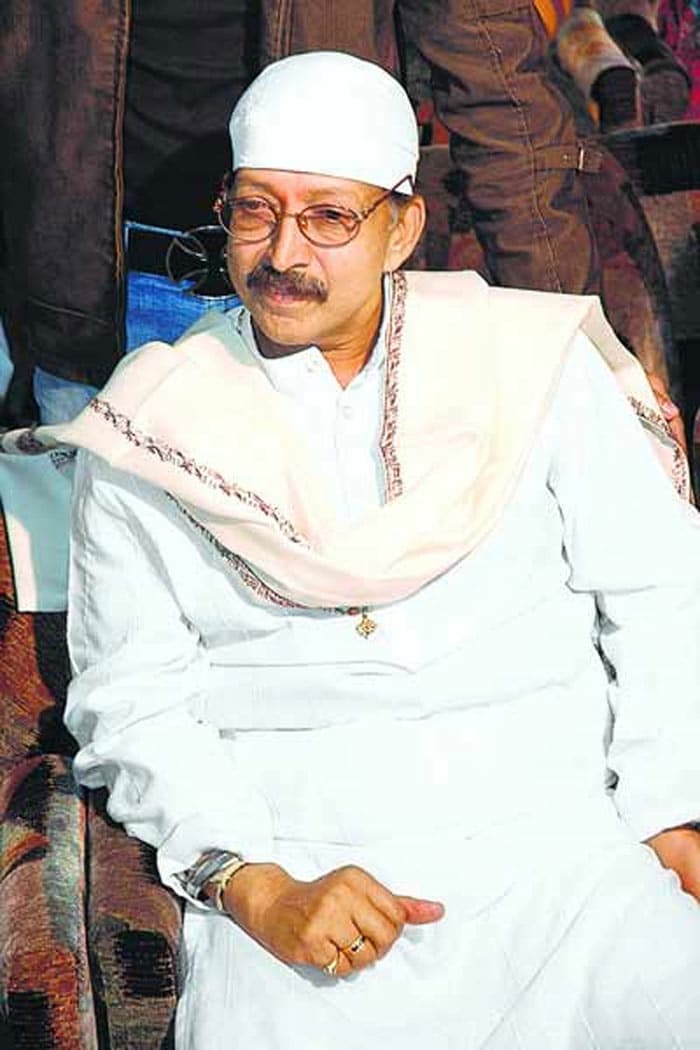 Vishnu started to wear the Kadha from 1980. He first wore it in the movie Simhajodi and remains with him still. It was given to him at a Gurudwara in Bidar.(Text: Wikipedia) 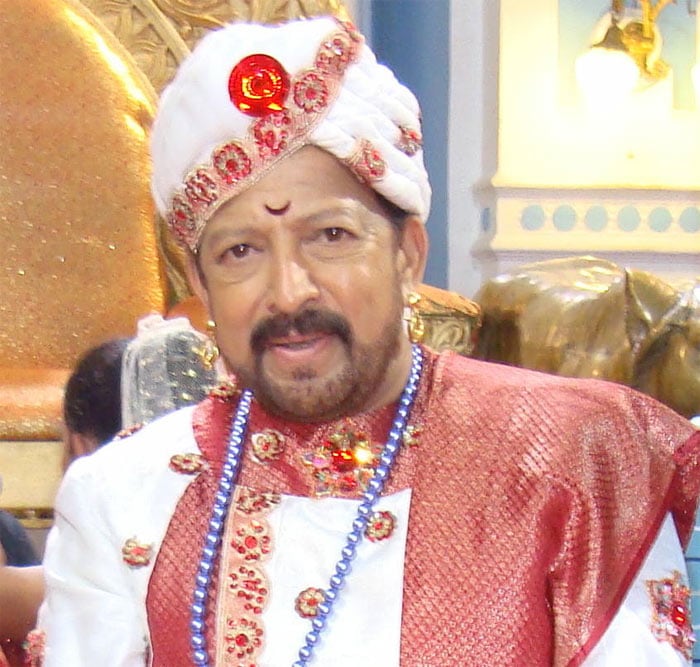 It is believed that the huge fan following of him didn't want Vishnuvardhan to deviate from his "Star Value" and "image". He continued to don the roles of macho hero and the ideal lover husband. (Text: Wikipedia) 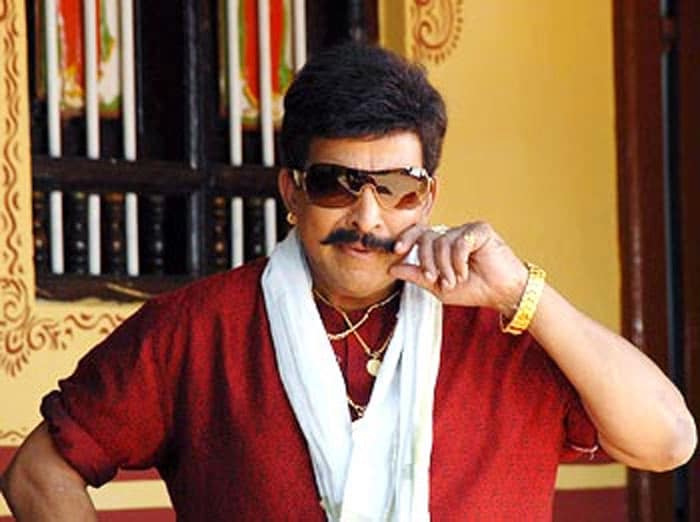 He started singing in movies occasionally and of late, he had started singing devotional songs for albums. The first song he sang was in the movie Nagarahole. The first devotional album sung by him was on "Lord Ayappa" and the title of the album was Jyothiroopa Ayappa and was a big hit. (Text: Wikipedia) 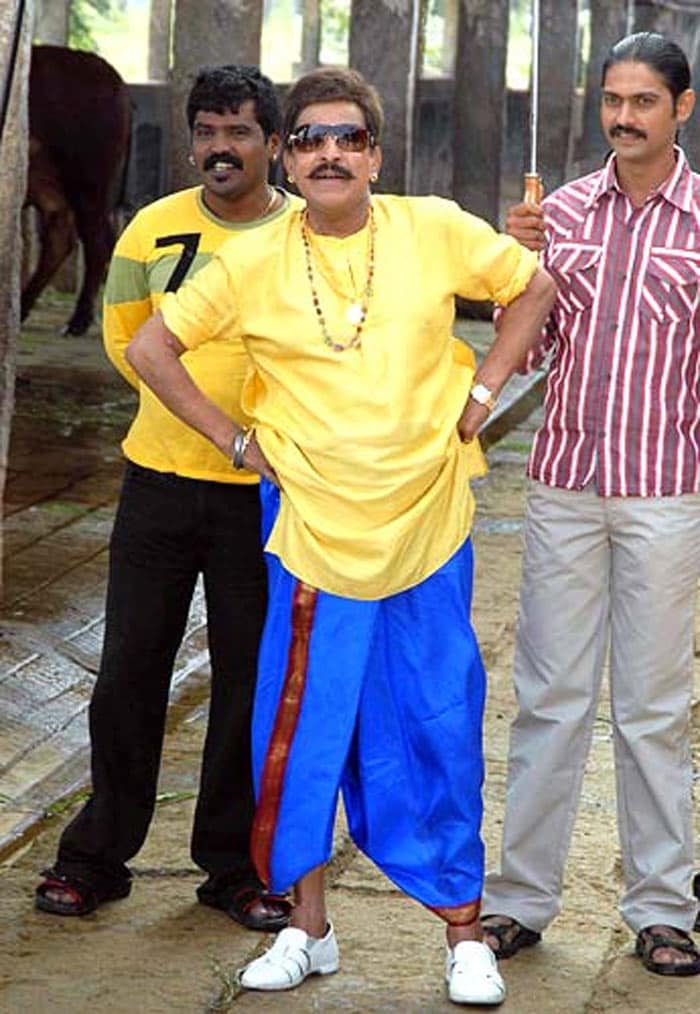 Most of his movies are either popular benchmarks or classics of Kannada film Industry. (Text: Wikipedia)

Earlier this year he was seen in new Kannada film Bellary Naga which thrilled fans of the superstar. The film was a remake of Mammootty's Malayalam blockbuster Raja Manickam. 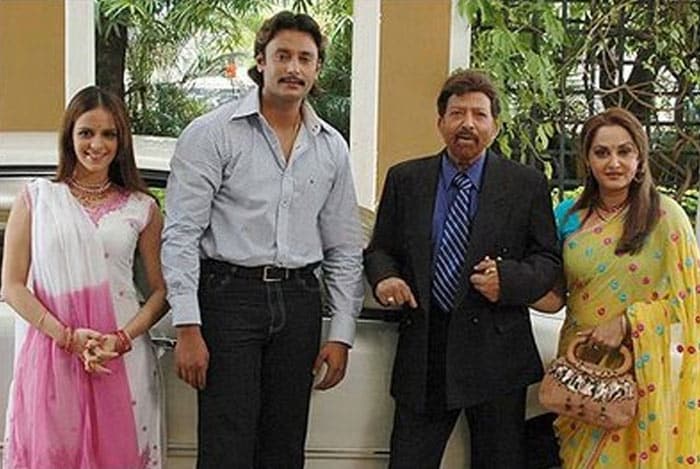 He was seen with actress Jaya Prada in Ee Bandhana (2007).

Aptharakshaka was his 200th movie. During the film's shoot Vishnuvardhan fell of a horse in Bangalore Palace and escaped with minor injuries. 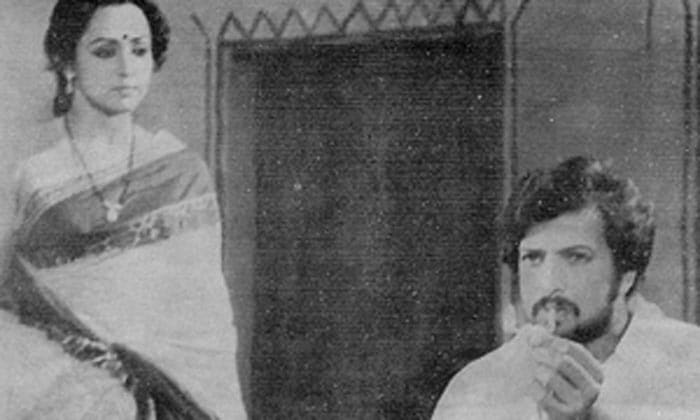