Trump Vs Hillary: Who Are Celebs Voting For?

Here's a look at who America's showbiz stars are supporting 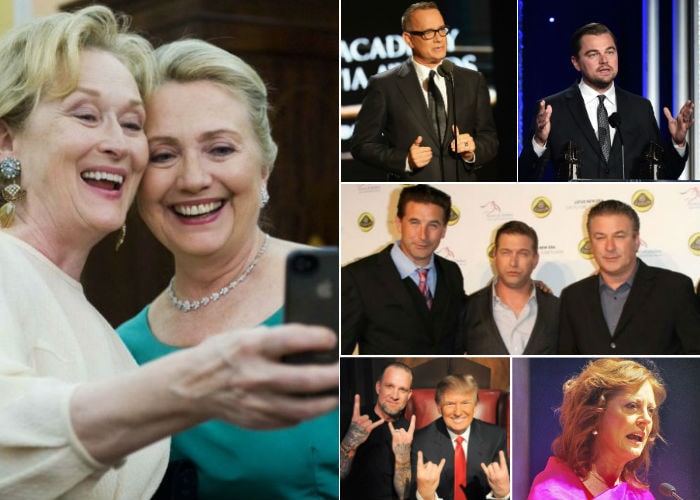 If celebrity endorsements were any indication of a winner, Democratic candidate Hillary Clinton would be on her way to the White House practically unopposed. In real terms what this means is just that more famous people are voting Hillary than are voting Donald Trump, the divisive Republican candidate who is neck and neck with Hillary in polls. Hillary's A-list supporters is formidable roll call of celebrities but Trump does have a handful of prominent names backing him.

Here's a look at who America's showbiz stars are supporting. 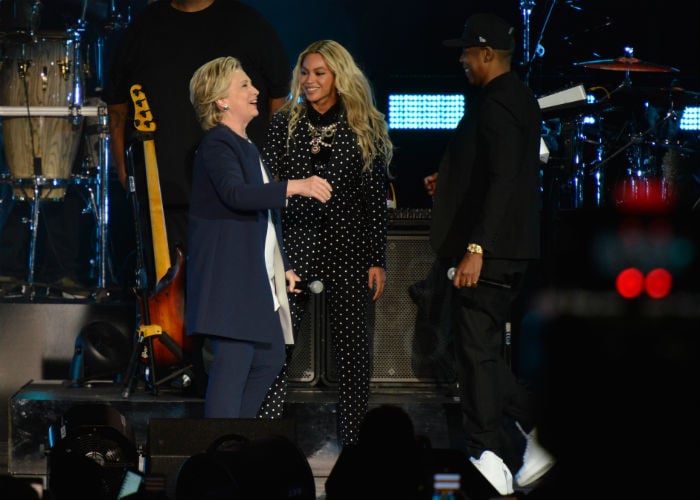 Music power-couple Beyonce Knowles and Jay-Z (along with Chance the Rapper) held a concert for Hillary Clinton in Cleveland, Ohio, on November 4 where they said that Hillary, who joined them on stage, was 'killing this race.' 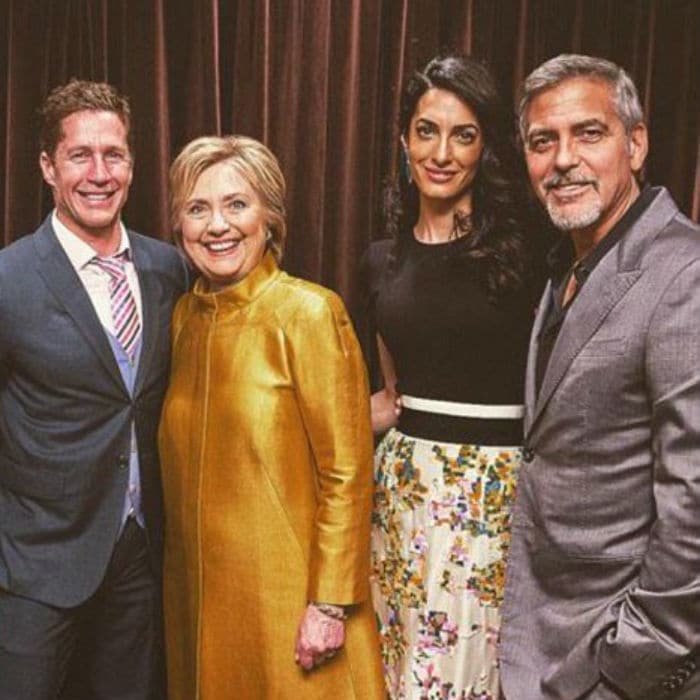 Actor George Clooney and his attorney wife Amal hosted a fundraiser for Hillary Clinton at their residence in Los Angeles, California, in April. At the Cannes Film Festival this year, George told the press, "There isn't going to be a President Trump." 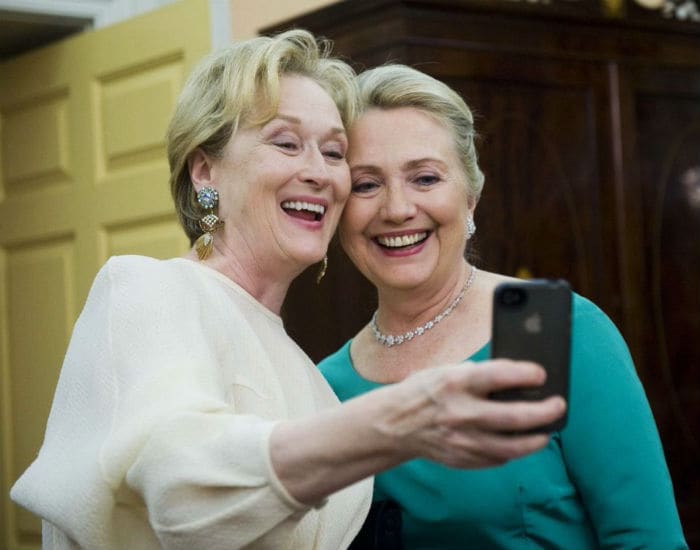 Multiple Academy Award-winning actress Meryl Streep delivered a tribute to 'Woman of the World' Hillary Clinton back in 2012. She also spoke on behalf of Hillary at the Democratic National Convention, in which she said: "You people have made history and you're going to make history again in November, because Hillary Clinton will be our first woman president. She will be a great president and she will be the first in a long line of women - and men - who serve with grit and grace." 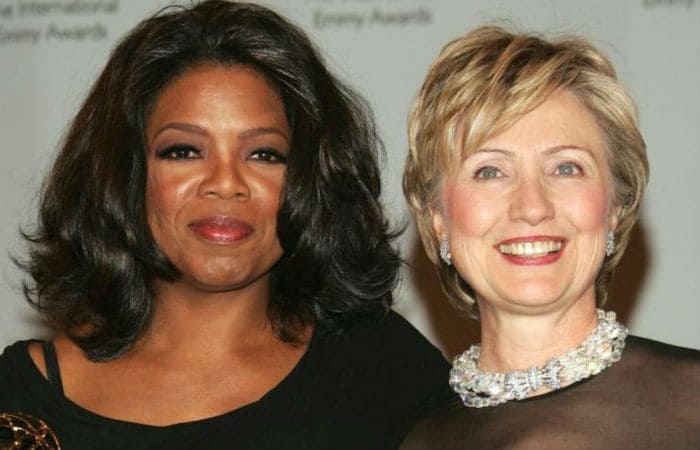 Oprah Winfrey supports Hillary Clinton due to her possible Presidency being a 'seminal moment for women,' as she told E! Online. "It's about time that we make that decision. I'm with her." 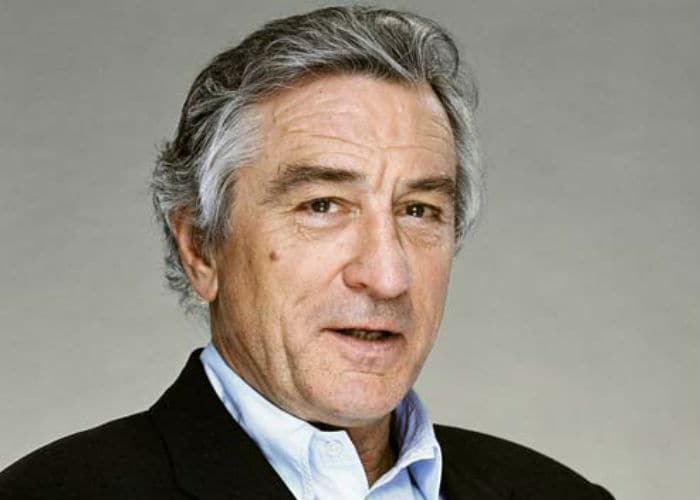 Robert DeNiro, who picked up an award for The Comedian at the Hollywood Film Awards on Monday, warned voters that electing Donald Trump would be a 'tragedy.' He also compared Trump to the 'totally insane' General Jack D Ripper from Stanley Kubrick's cult film Dr Strangelove. 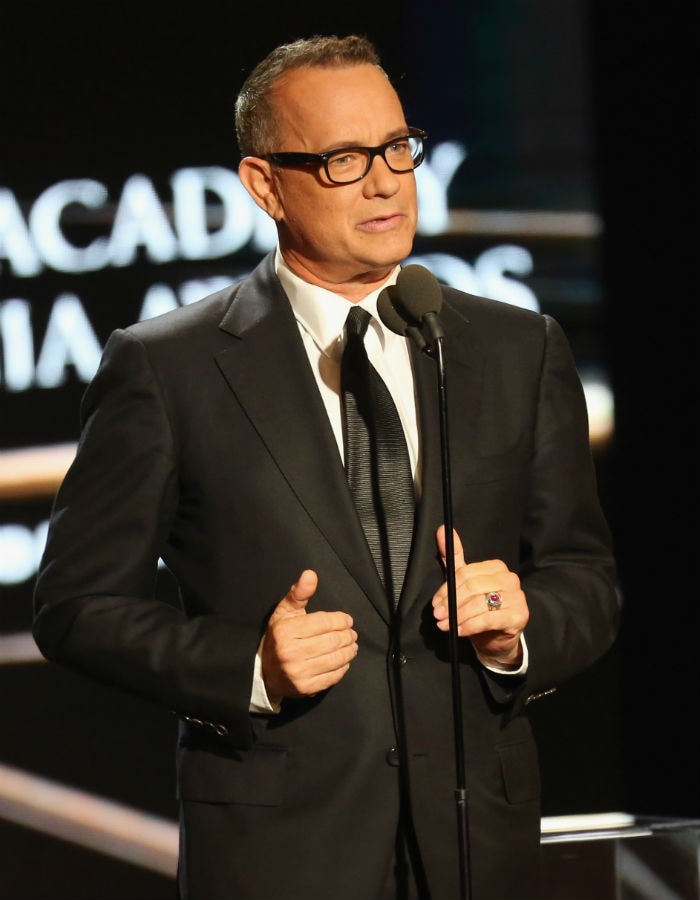 Two-time Oscar winner Tom Hanks backs Hillary. His bit on Saturday Night Live took digs on the US Presidential Debate in which he played both moderator Chris Wallace and a Trump supporter. 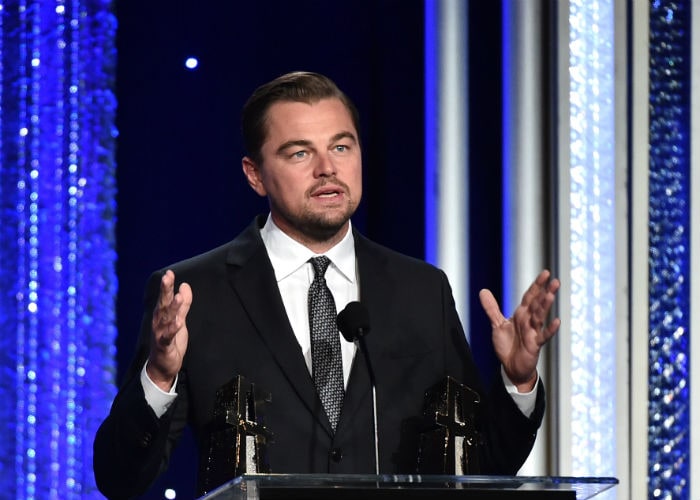 The very environment-conscious Leonardo DiCaprio rallied for Hillary Clinton at the Hollywood Film Awards, saying: "The shadow of politics is hanging over us whether we like it or not. We have the opportunity to prevent a comedy from turning into a tragedy. Vote for Hillary Tuesday," reported Daily Mail 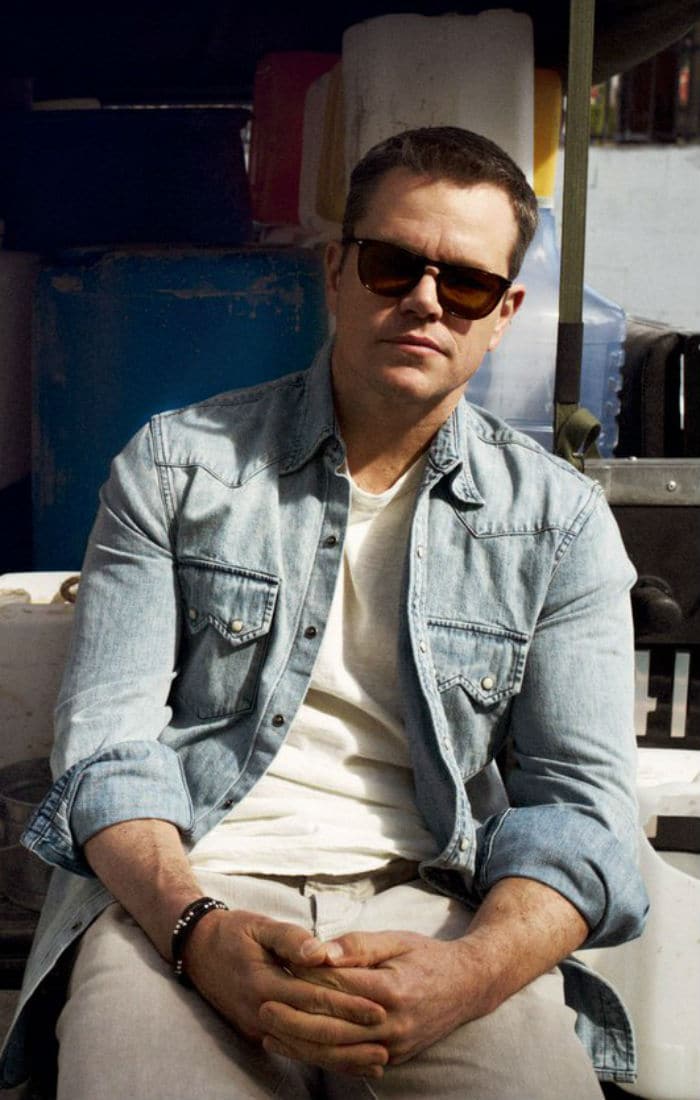 In May this year, Matt Damon spoke extensively about how Hillary understands all sorts of issues facing the USA. He told Town&Country magazine: "She understands it from a number of different angles-as a national security issue, as a human rights issue, and, obviously, its impact on women and girls. This is not a partisan issue, which is one really good thing about it. We've talked in equal parts to Republican and Democratic senators and congressmen." 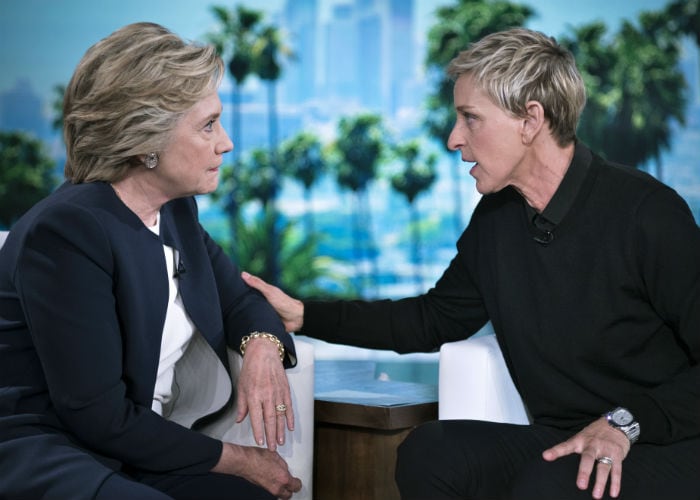 TV personality, stand-up comedian and one of the best-known women in the world Ellen DeGeneres has been supporting Hillary Clinton since her campaign began. Over the last one year, Hillary made multiple appearances on The Ellen DeGeneres Show and Ellen never tires of complimenting the Democrat's ideals. 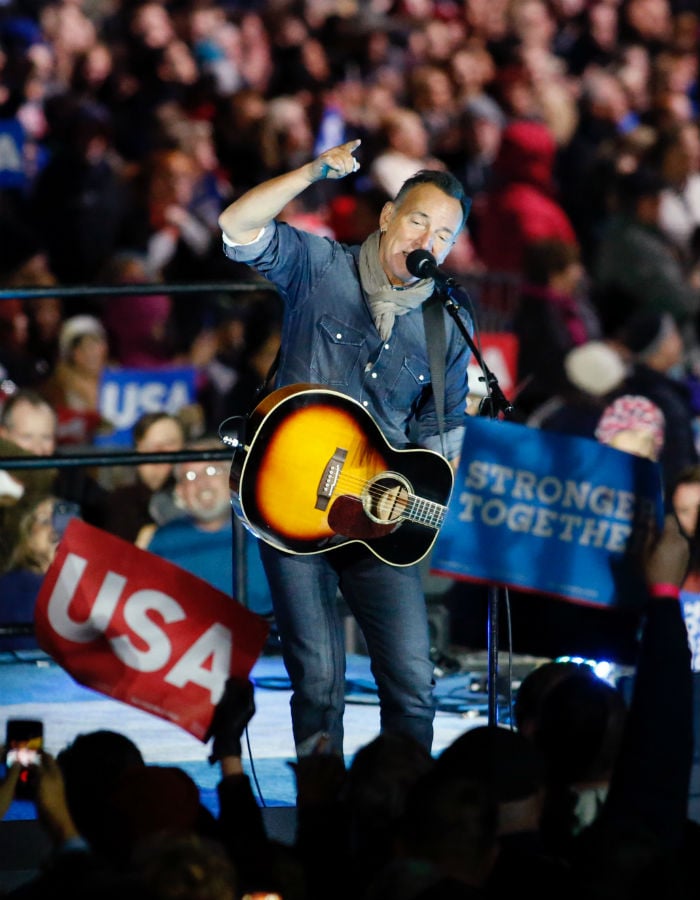 Rocker Bruce Springsteen's performance at Philadelphia's Independence Hall was followed by a short speech supporting Hillary Clinton. "Hillary's candidacy is based on intelligence, experience, preparation and of an actual vision of America where everyone counts," reports The Rolling Stone magazine. As for Donald Trump, Springsteen said: "This is a man whose vision is limited to little beyond himself, who has the profound lack of decency that would allow him to prioritize his own interests and ego before American democracy itself." Trust Katy Perry to turn anything into sparkle. The singer wore a cape at her 'Get Out to Vote' rally in Philadelphia which had the words 'I'm with Madam President' running across the back. During the July convention, Katy sang two songs that Hillary could easily turn into anthems - Roar and Rise. She urged young Americans to vote on November 8. "You will have as much say as any billionaire. Or you can just cancel out your weird cousin's vote if you like," she said. 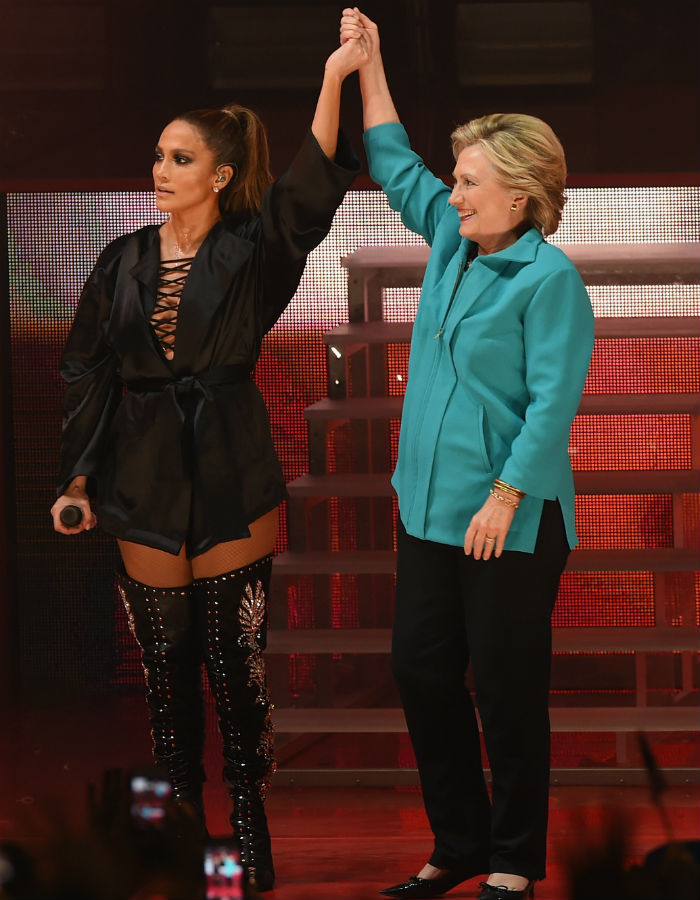 Jennifer Lopez is another music (and film) star who has held rallies for Hillary Clinton. Being 'Latina' herself, she has also encouraged others to vote for Hillary and against Trump, who has stated his intentions to build a wall between USA and Mexico. On Instagram, she shared a video with the hashtag #ImWithHer and said: "Let's show that we're with her." Mexican-American Salma Hayek emphasized on the importance of the Latino vote bank. In an advertisement she said: "We can prove that we are a mighty community. We have to vote. Vote for Hillary Clinton. Also, those of us who can vote owe it to the undocumented immigrants who don't have a voice." 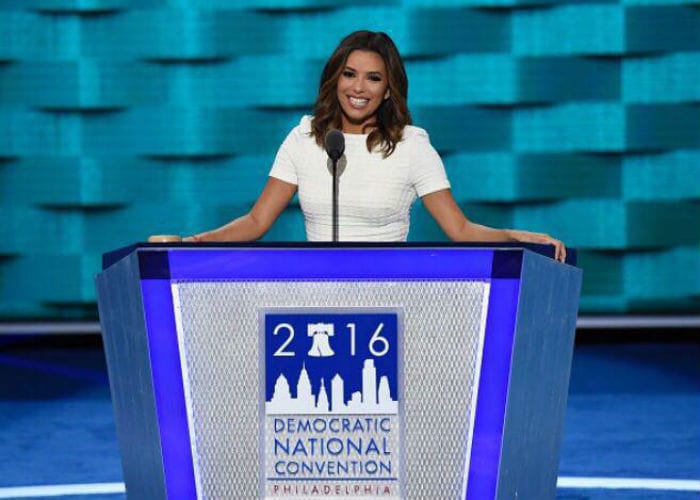 Eva Longoria, also Latina, supported Hillary Clinton and told Ocean Drive magazine: "I want her to run the country. I look for quality in a leader." About Donald Trump, she said: "The fact that he uses the word 'Latino' to be synonymous with 'illegal' is a mistake. I have to turn my offense and anger into a vote, not just complain about it." 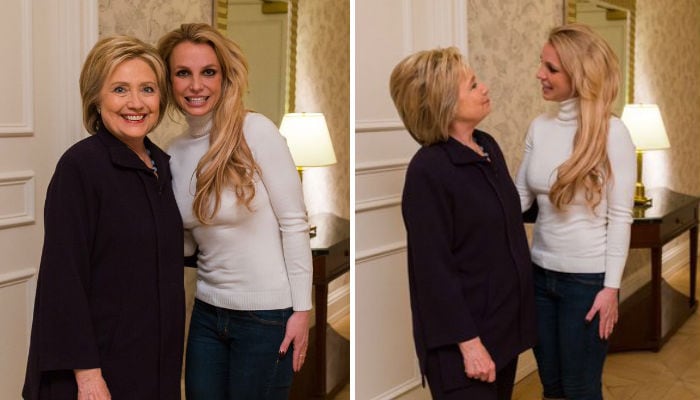 Britney Spears is a registered Republican and has never spoken openly about her political endorsement. However, she reportedly recently posted a photograph of herself with Hillary Clinton on Twitter and Instagram using the hashtag #ImWithHer. It was deleted later. Confusion, confusion. 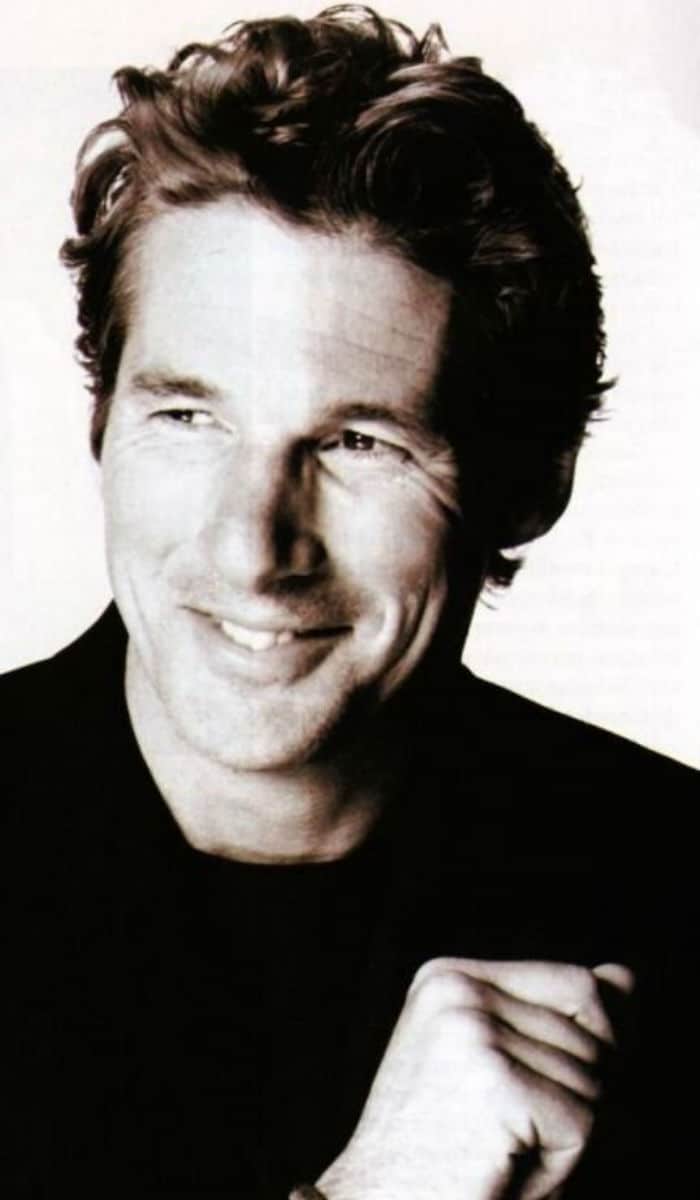 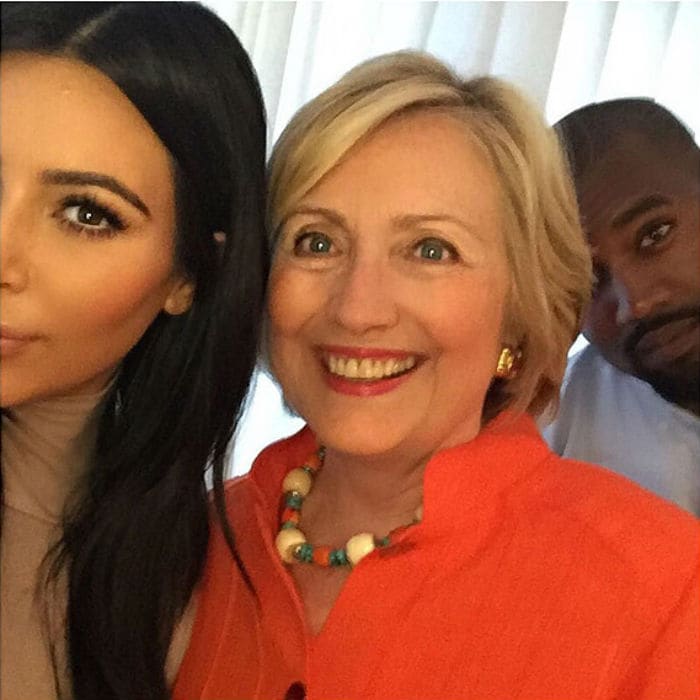 In September this year, TV personality Kim Kardashian and musician-husband Kanye West wrote on all of their social media profiles about how they love hearing Hillary Clinton speak about her goals for the country. 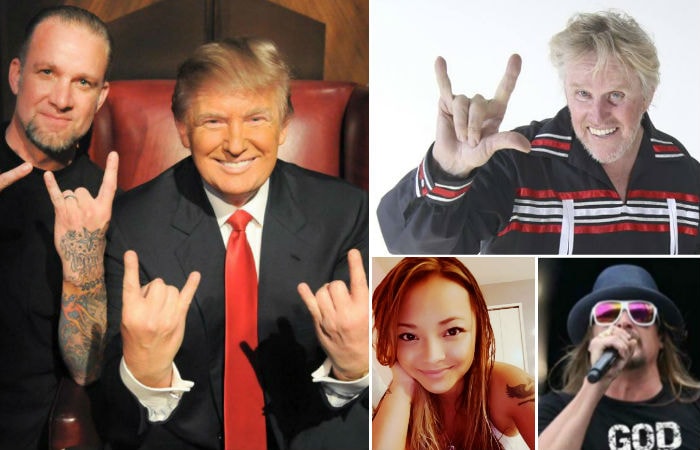 Meanwhile, Donald Trump also has a handful of celebrity endorsements. Former reality TV star Tila Tequila posted a video on YouTube in support of the maverick nominee, her main reason being that he too, like her, was 'anti-vax.'

In January, Jesse James wrote a long post in support of Trump, whom he met during Celebrity Apprentice, in which called him the 'real deal' as he hoped that Trump would 'make America great again.'

Rock artiste Kid Rock told The Rolling Stones that he supports the idea of a businessman running the country 'like a business.'

Actor Gary Busey said Donald Trump is "sharp and fast." "He can change the country after the last eight years." 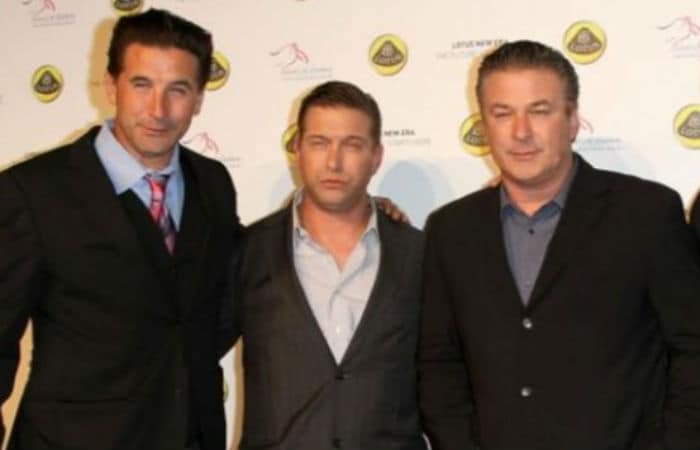 The US Presidential election this year has created a rift between the Baldwin brothers - Alec and Billy support Hillary Clinton while Stephen's campaigning for Donald Trump.

The infamous Saturday Night Live sketch in which Alec parodies Donald Trump poked fun at Stephen for supporting the Republican candidate. Unsurprisingly, Stephen wasn't happy. In tweets later deleted, Billy called Stephen out for saying that if their father had been alive, he would have been ashamed of 'media bias and manipulation.' In his acerbic response, Billy said: "If our father were alive today ... he'd smack you in the side of the head for supporting Donald Trump." 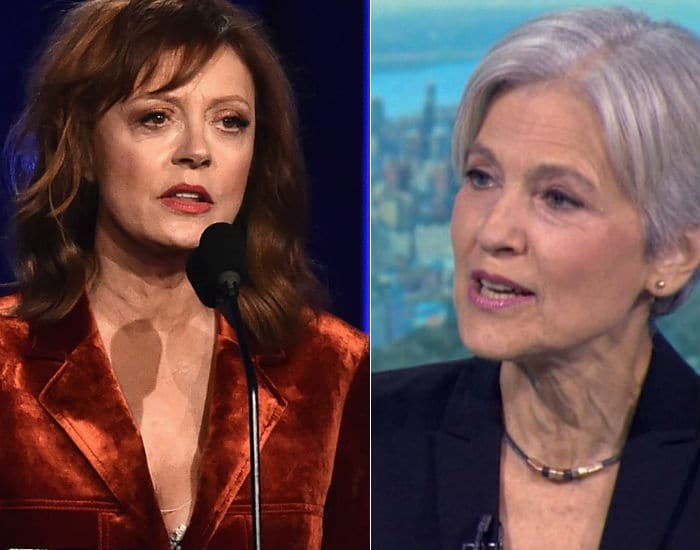 Actress and activist Susan Sarandon is voting neither Hillary nor Trump. She recently told BBC Newsnight that she doesn't 'vote with her vagina' and that "fear of Donald Trump is not enough for me to support Clinton, with her record of corruption." Instead, she's voting for Green Party candidate Dr Jill Stein.