2015 was pretty spectacular and we've picked the most epic photos from the world of showbiz. 2015. You're welcome 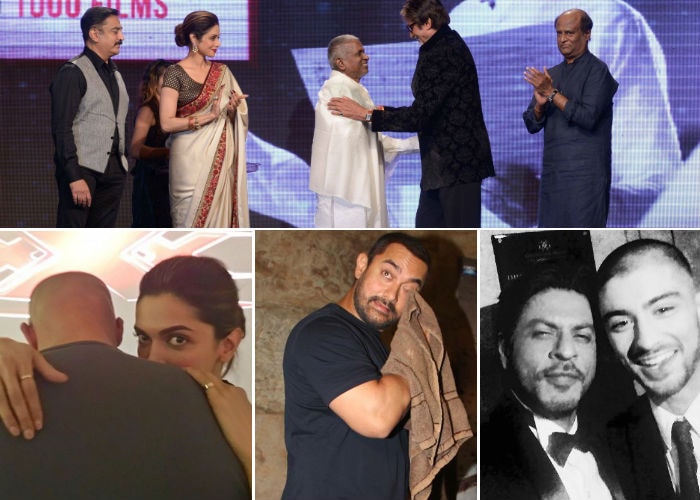 There were tears, smiles and more than one hug. 2015 was pretty spectacular and we've picked the most epic photos from the world of showbiz. 2015. You're welcome. 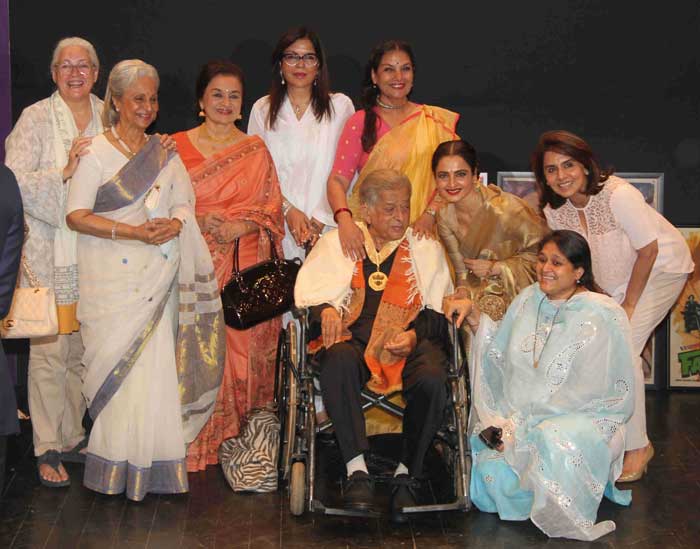 1. Shashi Kapoor and his Heroines: It's not every day that one of the country's most beloved stars gets to have his picture taken with eight of his former heroines. For the Raja Saab of Bollywood, that moment came when he received the Dadasaheb Phalke award this year. In this picture, 77-year-old Shashi Kapoor poses with Waheeda Rehman, his co-star in Kabhi Kabhie , Trishul and Namak Halaal; Asha Parekh, his heroine in Pyar Ka Mausam; Zeenat Aman, with whom he appeared in Satyam Shivam Sundaram; Shabana Azmi, his co-star in several films including Junoon and Fakira; Rekha, who also appeared with him in multiple films like Baseraa and Utsav; Neetu Singh, who was his heroine in Deewar and is married to his nephew Rishi Kapoor; Nafisa Ali, who made her debut in Junoon opposite Mr Kapoor; and Supriya Pathak, who was his co-star in Kalyug and Vijeta. 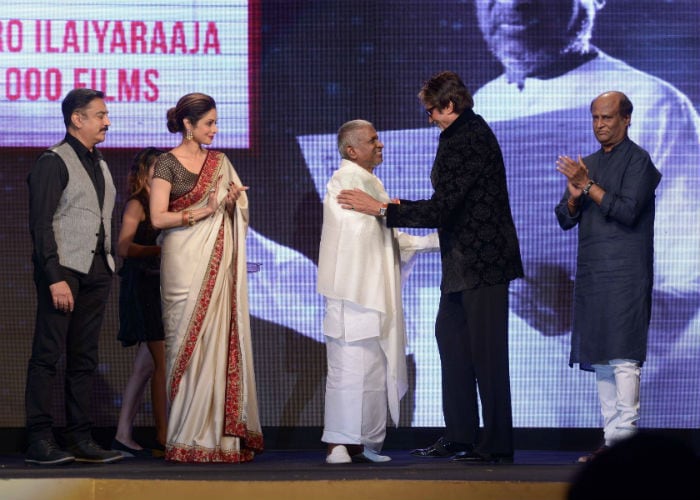 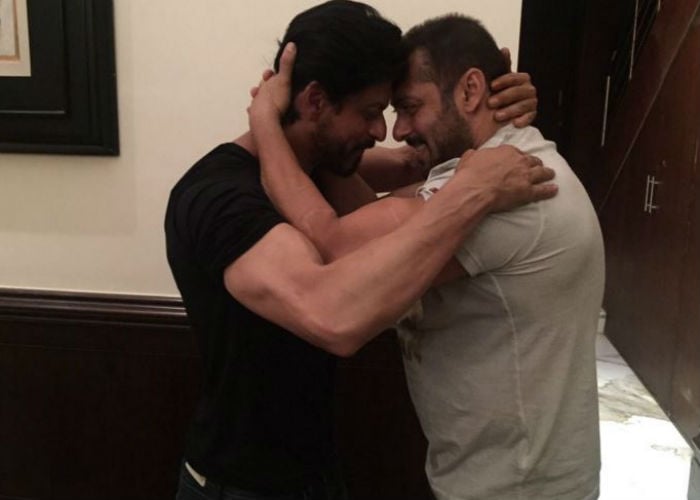 3. Karan Arjun Forever: Theirs is a cuddle story. Last year, Shah Rukh and Salman Khan famously buried the hatchet once and for all with a hug at Salman's sister's wedding. This year, they hugged again, only minus an Arpita sandwiched in between. On Shah Rukh's 50th birthday, Salman taught him some Sultan moves. Fans couldn't get enough of the renewed Karan Arjun bromance. 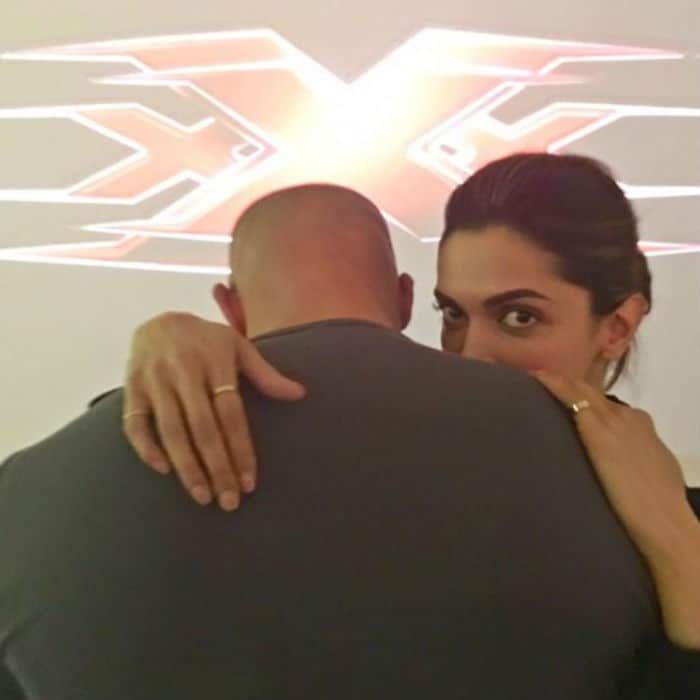 This image was posted on Twitter by Deepika Padukone 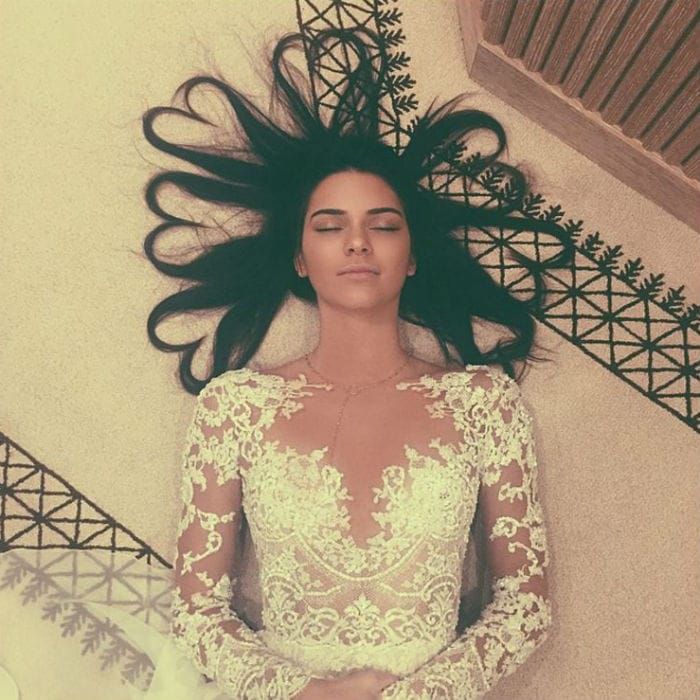 5. Kendall Jenner, Queen of Hearts: Count on Kim Kardashian to set records on Instagram for her many, many pictures and count on her sister Kendall Jenner to smash them. With 3.3 million likes, Kendall's 'heart hair' photo made her Instagram's new darling. Not only did it beat Kim and Kanye West's wedding kiss picture from last year, which had scored 2.2 million likes, it is also 2015's most liked photo on Instagram. It appears that Kim has some keeping up to do

This image was posted on Instagram by Kendall Jenner 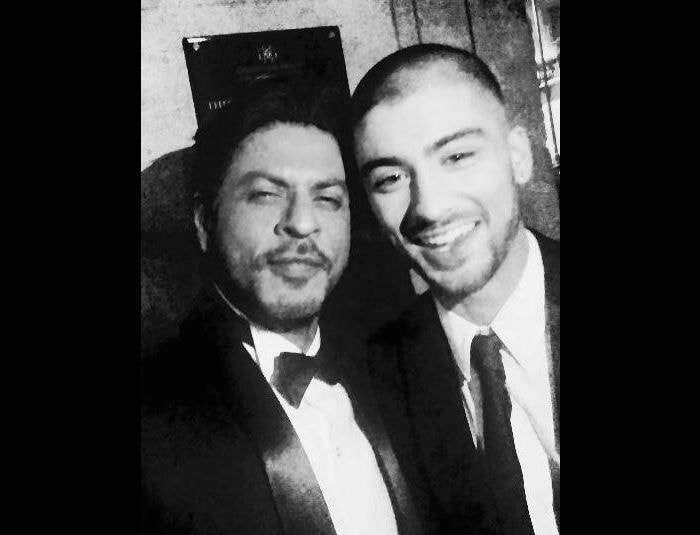 6. Talking of Breaking Records...: Shah Rukh Khan sort of broke the Internet with his selfie featuring former One Direction-er Zayn Malik at the Asian Awards held in London. The selfie was retweeted over 1,40,000 times and was favourited 208,470 times. SRK's tweet beat Prime Minister Narendra Modi's promise of 'achche din' to become the most retweeted Indian tweet. 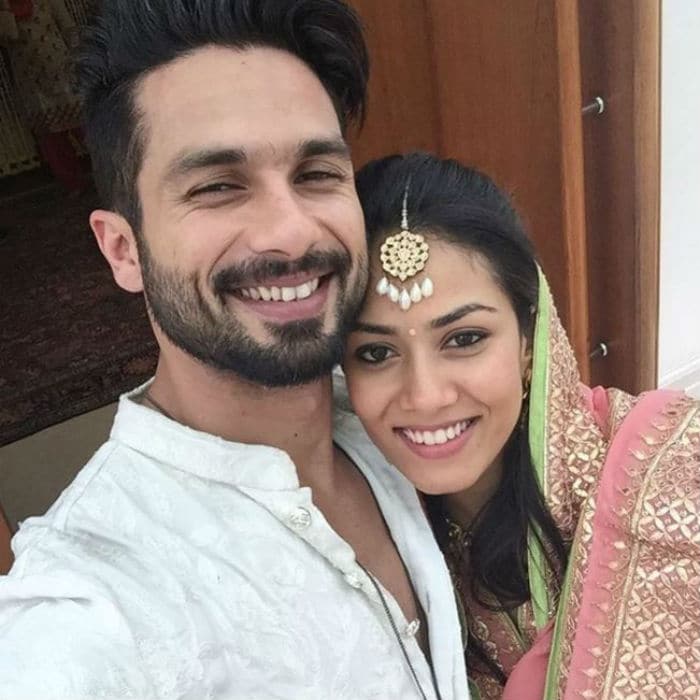 7. Hitched! : The wedding of the year was actor Shahid Kapoor's Delhi nuptials to Mira Rajput in July. Access was restricted to the hush-hush affair, with only close friends and family on the guest list. So Shahid's public was thrilled when he Instagrammed this selfie with his new bride, posted just after they got married and captioned: "Hitched."

This image was posted on Instagram by Shahid Kapoor 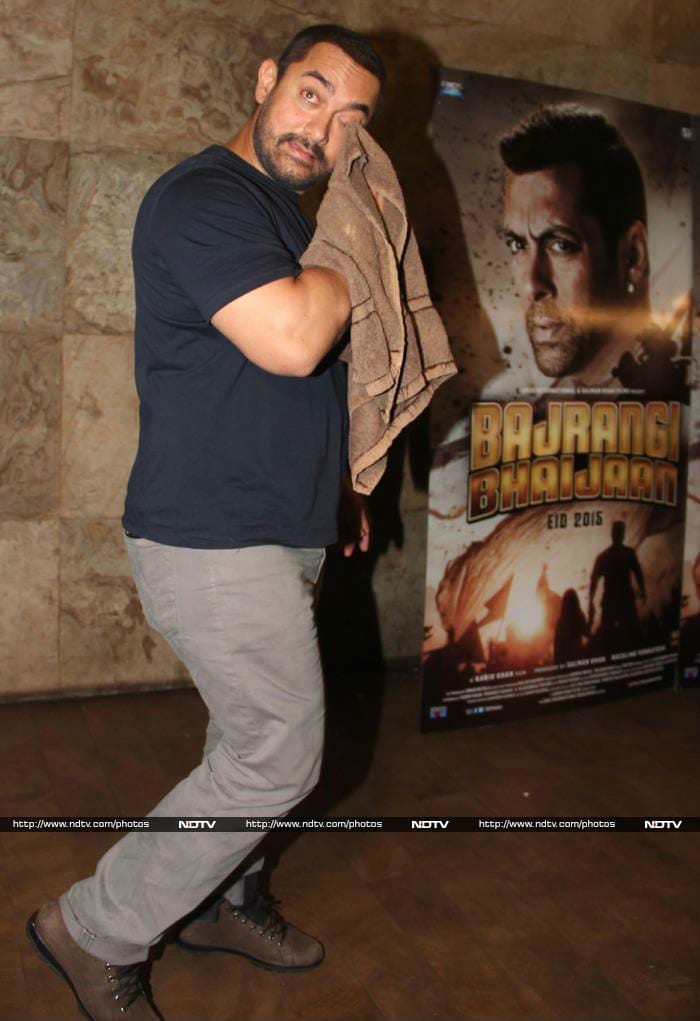 8. Dear Aamir Khan, Did You Forget Your Box of Tissues?: Twitter spent days sniggering after actor Aamir Khan was photographed exiting a cinema all teary-eyed after watching Salman Khan's Bajrangi Bhaijaan. So weepy was Aamir that he required a hand towel to wipe his eyes and face dry. Social media had a good laugh over crying Aamir. 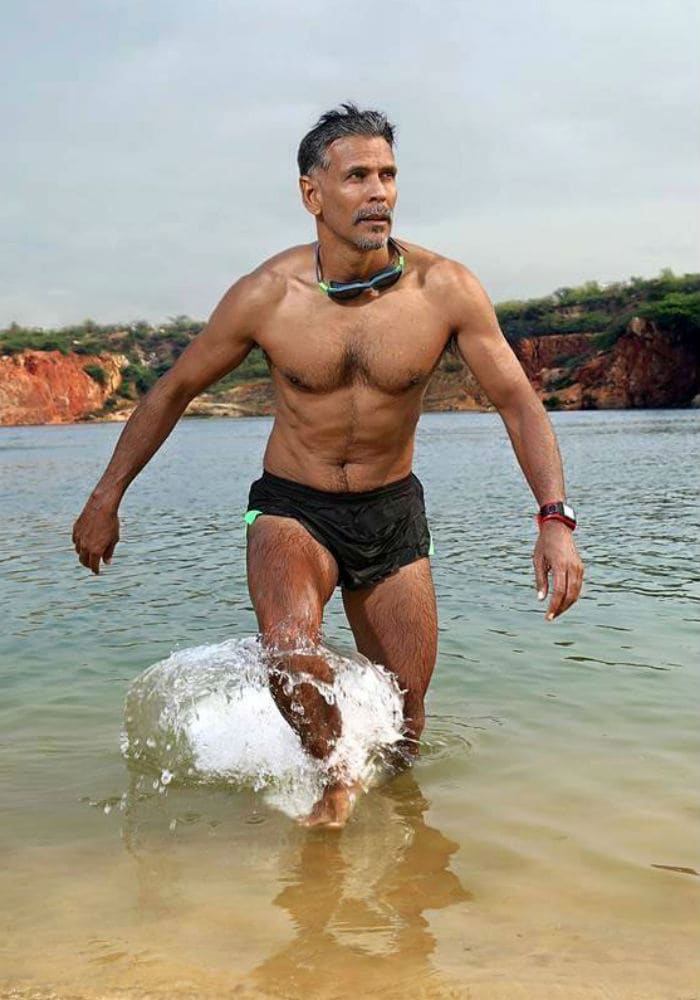 9. The Real Ironman: Not only did actor-model Milind Soman make headlines when he completed the brutal Ironman triathlon in Switzerland, he also provided social media a photo that was so drool-worthy, it instantly went viral. Just a few months shy of his 50th birthday, Milind swam 3.86 km, cycled 180.25 km and then ran 42.2 km. Sorry Robert Downey Jr, we like this Ironman better.

This image was posted on Facebook by Milind Soman 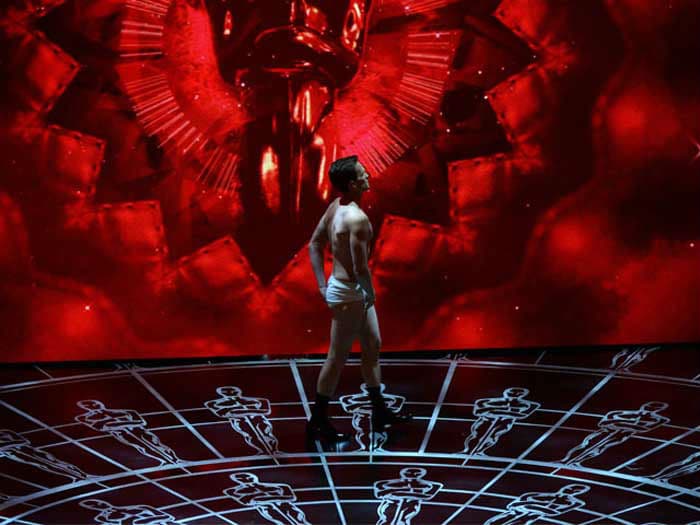 10. Neil Patrick Harris' Legen - wait for it - dary Moment: Now, he may be no Michael Keaton, but actor Neil Patrick Harris' Birdman moment at the Oscars created a photo-op to rival last year's celeb selfie. ICYMI, here's what had happened. After being 'locked out' of his green room after changing out of his tux, the How I Met Your Mother star was 'forced' to navigate the passageways backstage at the Dolby Theatre in nothing but his underthings, 'ambushed' by autograph-seekers and photo-takers, just as Mr Keaton was in Birdman's epic Times Square scene. It was 'Legen - wait for it - dary!'